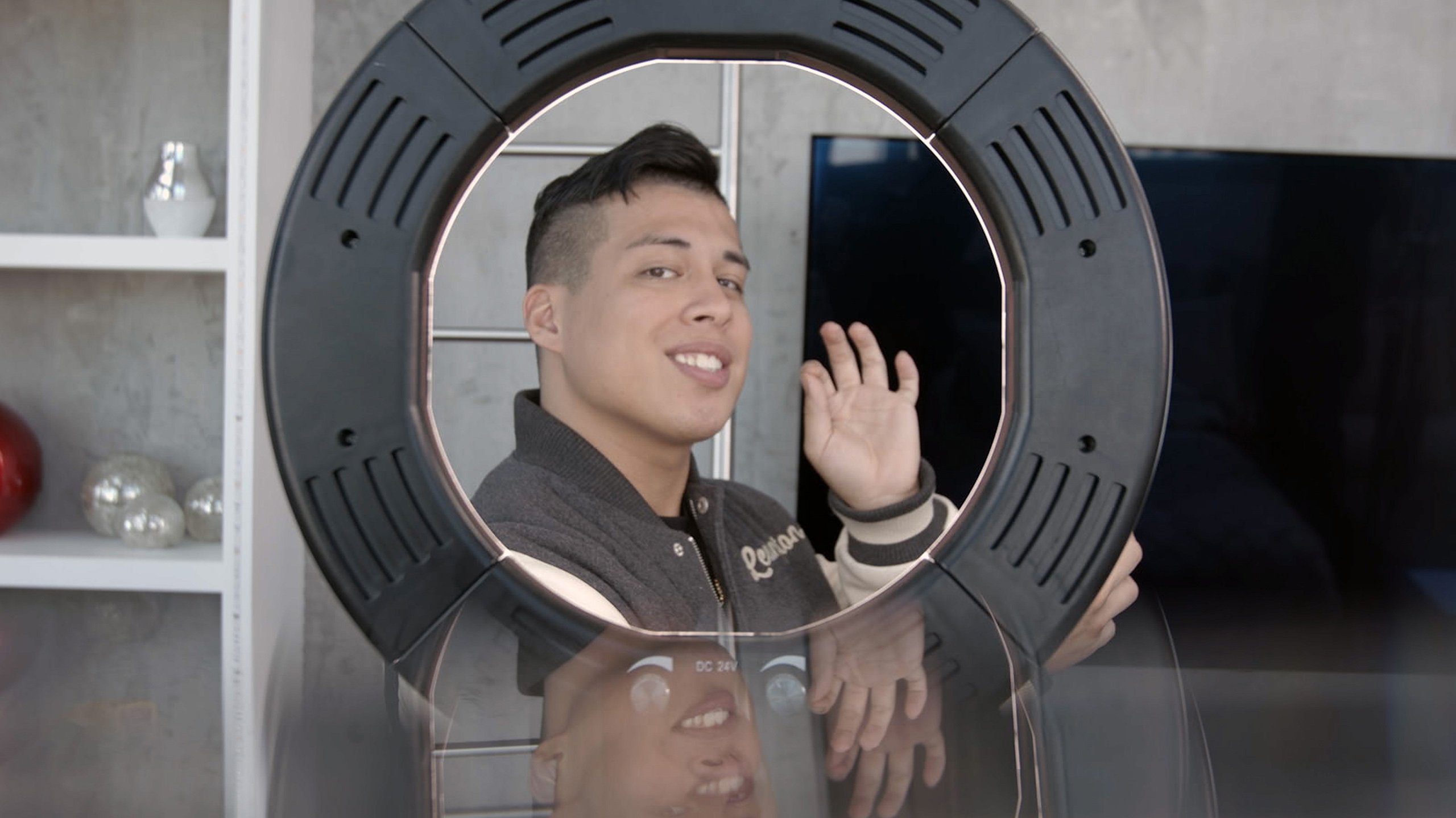 TikTok is more than just the popular social media app of the moment. It’s also, for anyone below a certain age, essentially the primary delivery mechanism for entertainment.

In addition to that, TikTok is a vehicle for political activism, an example of both the virtues and pitfalls of social media and the cause of international business intrigue.

All of that, and way more, is the subject of the documentary TikTok, Boom. Not to be confused with Tick… Tick… Boom, the Andrew Garfield musical that only came out a little over two months ago, the title, and its slightly different (but equally weird) punctuation makes it almost impossible to Google- and would seem to guarantee that Netflix won’t ever be its streaming partner.

TikTok, Boom. was directed by Shalini Kantayya, who made last year’s very good documentary about racism in AI and face-recognition software, Coded Bias. This new film is much less focused, and therefore considerably less successful. The film jumps around to different subjects, to the point of distraction. Kind of like TikTok itself, come to think of it.

An even bigger issue is that the film has just about nothing new to say about TikTok.

The documentary looks at all that, plus, well, every other angle there is to explore about TikTok. Part of the film consists of profiles of a trio of popular TikTok users, including one teenage girl who creatively smuggled a message about the Chinese genocide of the Uyghurs into a makeup tutorial.

The film also offers a history of TikTok as a business, and especially how it’s become the first major foreign challenger to the dominance of Facebook and other American social media companies.

There’s also the question of just how much control the Chinese government has over it; the conclusion seems to be that they don’t, although parent company Bytedance’s content moderation seems to not let through anything that could possibly upset Beijing. This isn’t great, obviously, but it’s not too different from the approaches toward China taken by either Hollywood or the NBA.

There’s also a play-by-play of the episode in 2020 when then-President Trump tried to ban TikTok, possibly as retaliation for a group of TikTokers who conspired to sabotage his rally in Tulsa that summer, although I always thought the attempted ban had a lot more to do with anti-China scapegoating than the rally part. That effort to ban the app, like a lot of Trump larks, just sort of petered out without a resolution once the then-president lost interest.

The documentary’s other part, and by far its worst, is a rehash of The Social Dilemma, in which talking heads hector the viewer about how terrible social media is about how ashamed we should be of ourselves that we still use social media. This includes the use of a wildly overzealous lawyer who accuses TikTok of “preying on children,” although he of course can’t keep his own kid off the app.

I admit that I’m a bit too old to be in TikTok’s demographic, although my preteen kids swear by it, and when looking at it myself I can see what the appeal is: The app, especially on the ForYou page, uses an algorithm that tailors content directly to the user, and appears to do a much better job of it than most of its competitors.

I tend to come down on the side of TikTok doing more good than bad. There are quite a few people on it who are very talented, some of whom are getting career opportunities out of it. TikTok has also taught a generation of kids how to edit video, which is an in-demand skill.

Sure, the company’s Chinese owners likely do unsavory things with the data, although nothing that every other social network doesn’t do.  Also, spending five minutes on TikTok doesn’t make you hate yourself or despair for the world, which is certainly more than I can say for most visits to Facebook.

The documentary about it, on the other hand, is ultimately just too scattered to work.