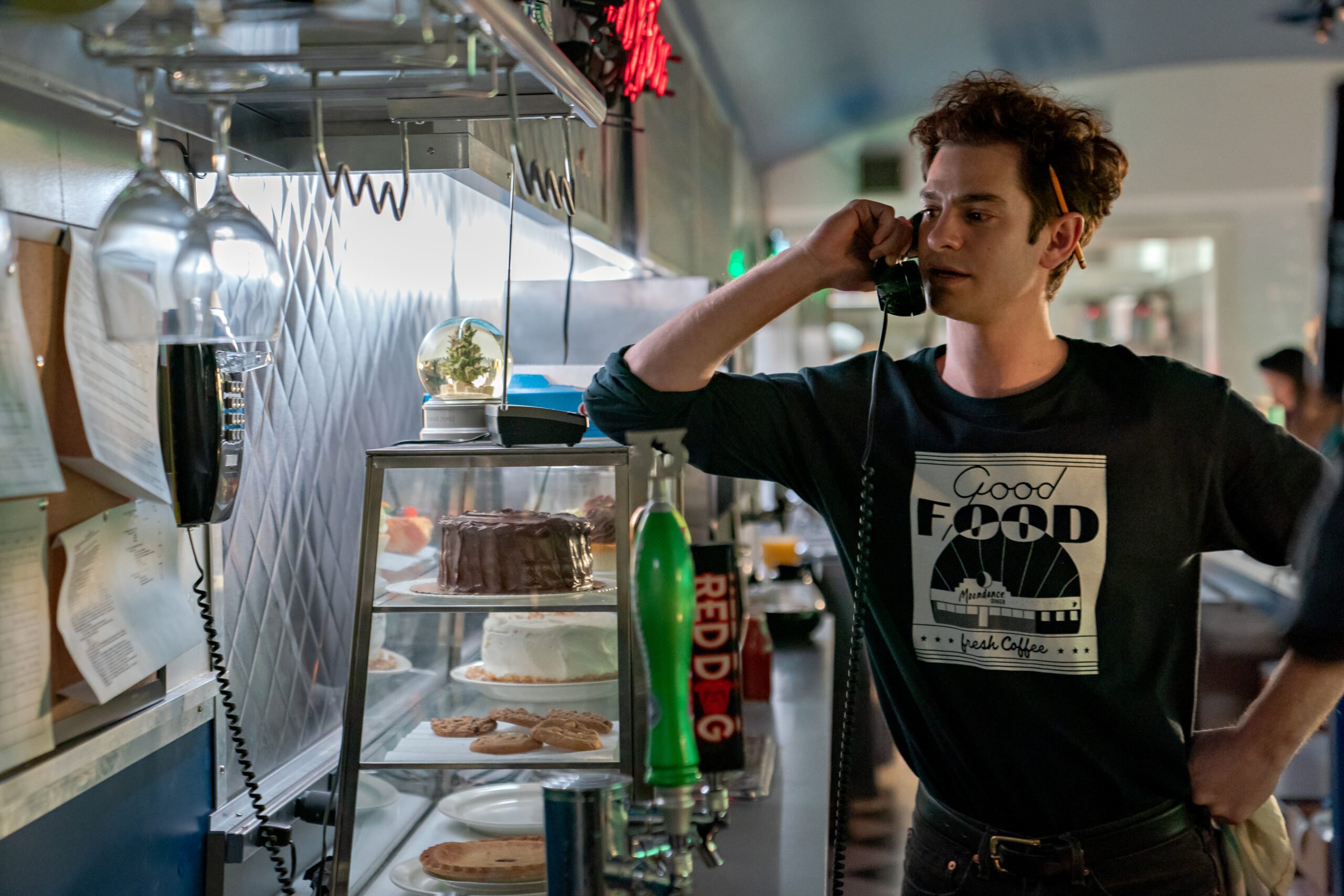 The life of Jonathan Larson seems like it would make ideal fodder for a biopic. A young and ambitious musical theater composer in the 1990s, he composed that decade’s most influential musical, Rent, a show that — for all its many flaws — forever changed what Broadway musicals looked and sounded like. But Larson never got to see his success, since he died of an aortic aneurysm in 1996, the night before Rent’s first preview performance.

Tick Tick Boom (title stylized as tick, tick…Boom!), which hits theaters November 12 before landing on Netflix a week later, isn’t quite a biopic. It is in fact a dramatization of the musical of the same name, which Larson wrote pre-Rent and performed as a solo piece, although it was adapted into more of a traditional musical following his death. Michael Riedel’s fantastic recent book about Broadway in the ’90s, “Singular Sensation,” has an outstanding section about Larson’s life and the story of how Rent came about.

The film of Tick Tick Boom, in turn, tells the story of the development of Superbia, Larson’s first musical, which was never produced in full. That there are three different musicals, and the movie jumps back and forth between the development of one and the performance of another, puts things at a narrative remove from which it never quite recovers.

Andrew Garfield plays Larson as a passionate composer who has been working on his labor of love musical for eight years, dragging it through the workshop process while living in a crappy East Village walkup and working in a diner. He’s also got a loving girlfriend (Alexandra Shipp) who is considering taking a job out of town, and a best friend (Robin de Jesus) who gave up acting to pursue a lucrative career in real estate.

There isn’t a ton of plot here, so we get whole musical numbers about Jonathan’s terrible apartment, his best friend’s fancy new apartment and job, his job at a diner, and more mundane aspects of Larson’s life circa 1990. The upcoming The Humans is a much more creatively mounted ode to absolutely horrible downtown Manhattan apartments.

The film, while it has occasional fantastic elements, is a huge mess. Its narrative is muddled and needlessly complex, while the musical numbers swing dramatically between brilliant and absolutely cringeworthy.

Tick Tick Boom represents the directorial debut of Hamilton creator Lin-Manuel Miranda. It’s one of no less than four movie musicals this year in which Miranda has a hand after he wrote the entire musical scores for the adaptation of his own In the Heights, as well as the animated musicals Vivo and Encanto. The performer, who is only an Oscar short of the EGOT, seems to be taking lots of shots at getting it this year.

This movie is, without a doubt, by and for theater kids. There are Easter eggs placed throughout that reference the American musical theater canon, and one scene, a fantasy musical number set in the diner with cameos by a murderer’s row of Broadway legends, is a more elaborate act of fan service than anything any Marvel or Star Wars movie has ever offered. It’s also, alas, the best scene in the movie, and you can tell Miranda cashed in some favors to get them all together.

The first and last musical numbers are the other highlights, but others are pure cringe, including an uncomfortable amount of mugging.

Tick Tick Boom has many narrative things in common with Rent, from the main character struggling with whether or not to sell out, to a character setting out to write one particular song and struggling to finish it.

The film also has a significant problem that it shares with Rent: With people suffering and dying from HIV/AIDS all around him, the stakes of the protagonist’s own problems come off as small by comparison. That both musicals briefly acknowledge this — and that Larson, in fact, ended up dying young anyway — doesn’t mollify the problem.

There’s also a scene set in an advertising focus group that seems to have no idea what a focus group is- no such group that I’ve ever heard of has asked the volunteers to come up with the ad campaigns themselves.

Garfield, who isn’t exactly my favorite actor, does a good job with the character and also holds his own with the singing, while Shipp is appealing as the girlfriend, a character not given a great deal of depth. Much of the rest of the cast consists of Broadway actors, although Vanessa Hudgens shines as a singer in Larson’s workshop.

Bradley Whitford does a fun impression of Stephen Sondheim, but there’s not enough of him, and the characters’ relationship feels like it has a scene missing. We only see Sondheim evaluating Larson’s work, showing up to his workshop, and later leaving a phone message. The film, though, contains seemingly endless homages to Sondheim’s work, from West Side Story to Sunday in the Park With George to Company.

It’s almost become a cliche at this point that an entire generation grew up loving Rent but has since reached adulthood and noticed all of the many things wrong with it, from the repetitiveness of its score to Angel killing the dog to the question of why, exactly, Mark and Roger felt entitled to not pay rent. I’m part of that cohort, as someone who listened to the soundtrack throughout college and ended up living down the street from the theater where it played in New York.

A quarter-century after Jonathan Larson’s death, we’re left to wonder what type of work he might have done after Rent, had he lived. I’m happy to see him get his moment in the sun with Tick Tick Boom, but I won’t lie- there’s a lot that goes wrong here.