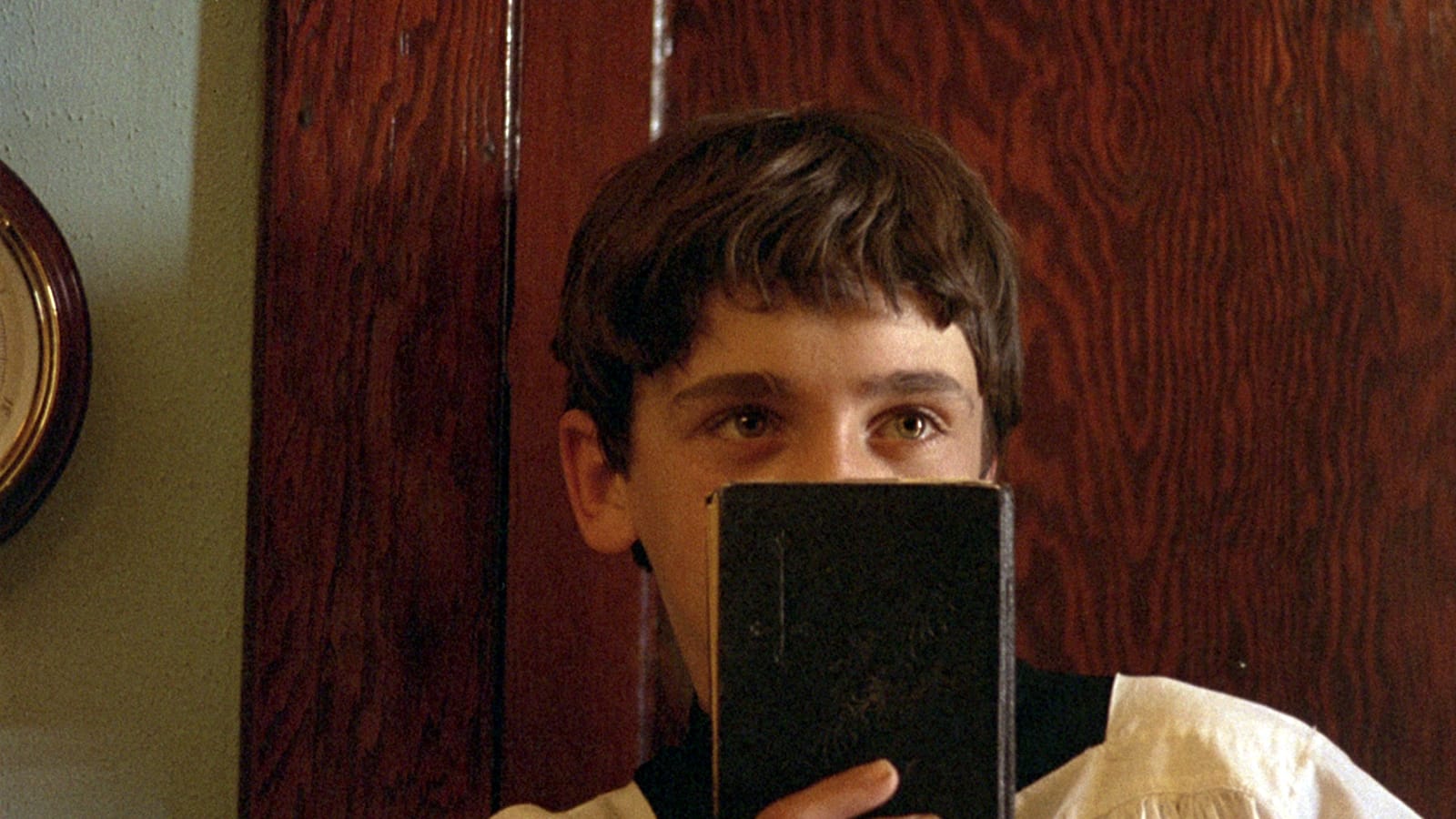 Mon Oncle Antoine could easily have been directed by Louis Malle. Its bittersweet tone, its curious, naïve protagonist, its meandering semi-narrative structure all find cousins in such films as Murmur of the Heart (released the same year, 1971), Lacombe Lucien, and Au Revoir Les Enfants.

For that matter, Mon Oncle Antoine could easily have been directed by Bill Forsyth. Its rejection of traditional narrative principles, its look at a small, tightly-knit community, its balancing act of comedy and coming-of-age all find cousins in such films as That Sinking Feeling, Gregory’s Girl, and Gregory’s Two Girls.

The plotting is simple. Adolescent Benoit (a magnificent Jacques Gagnon) lives in foster care with his uncle Antoine (Jean Duceppe) and aunt Cecile (Olivette Thibault). Also in foster care is Carmen (the equally impressive Lyne Champagne). Together with the mid-30s Fernand (played by Jutra himself), the five, run a small shop in the small Quebec town.

Filled with now-cliché moments of adolescent, male youth – peering through a door-crack to watch an attractive older woman dress, playfully teasing and flirting with a neighboring girl – Jutra places these scenes in such a moving, carefully observed context that these otherwise-cliché moment take on a power of their own.

Take for example a scene where Benoit attempts to kiss the female object of his juvenile affection, Carmen. Jutra lenses the scene almost silently, relying on the mischievous interaction between the two young characters. Sent upstairs to the attic of her foster mother’s shop to find a wedding veil, Carmen is not surprised when Benoit follows her. A short chase begins which ends with the two rolling around on the hardwood floor. A pause in the action and Benoit places his hand on her breast. They seem to stop breathing. She turns her head away from him. Jutra cuts to a close-up as a single tear rolls down her cheek. The dusty milieu, the inexperienced lust thickly fill the frame.

As Carmen pushes Benoit away and rushes off, Jutra cuts away again, this time to Fernand who is on the attic stairs. Fernand’s eyes meet Benoit’s. It’s clear that Fernand has witnessed the encounter. No words. Benoit scurries off. Fernand finishes his climb and fetches the veil himself.

The rhythm of the close-ups, the scraping sound of limbs and clothing on the hardwood attic floor, the emotion captured in the simple gesture of a head turn all contribute to one of the strongest scenes in the film, and perfectly represent Jutra’s style throughout. His is observatory not necessarily by keeping the camera wide, but by allowing us to witness actions and interactions, whether in close-up or wide-shot, that feel intimate and personal through the aforementioned aesthetic traits.

This deeply felt scene resonates further when one considers the context. Only moments before Carmen has seen her biological father. She encounters him rarely. He comes only to collect her wages. She is hopeful when she first sees him, and bitterly, albeit again silently, disappointed when he leaves. It’s heartbreaking.

The teardrop then has a dual function: Carmen is crying for her broken relationship with her father, and for being thrust into this overly sexual position at a young age.

The surrounding scenes of Mon Oncle Antoine operate similarly. What sets Jutra apart from a Malle or Forsyth, not necessarily for better or for worse, but for his own author status, is his confidence in his editing process to carry a scene. It’s not simply the shot that he cuts to, but rather the cadence of the cuts, where the cut means as much to edit away from a shot as it does to edit to the proceeding image. It’s montage theory put into practice and practical use.

Editor’s Note: This article was published under our old brand, Sound On Sight.

Kevin Garnett: Anything is Possible is an Intimate Portrait, up to a Point

Tick, Tick… Boom! is a Huge Mess, with Occasional Flourishes