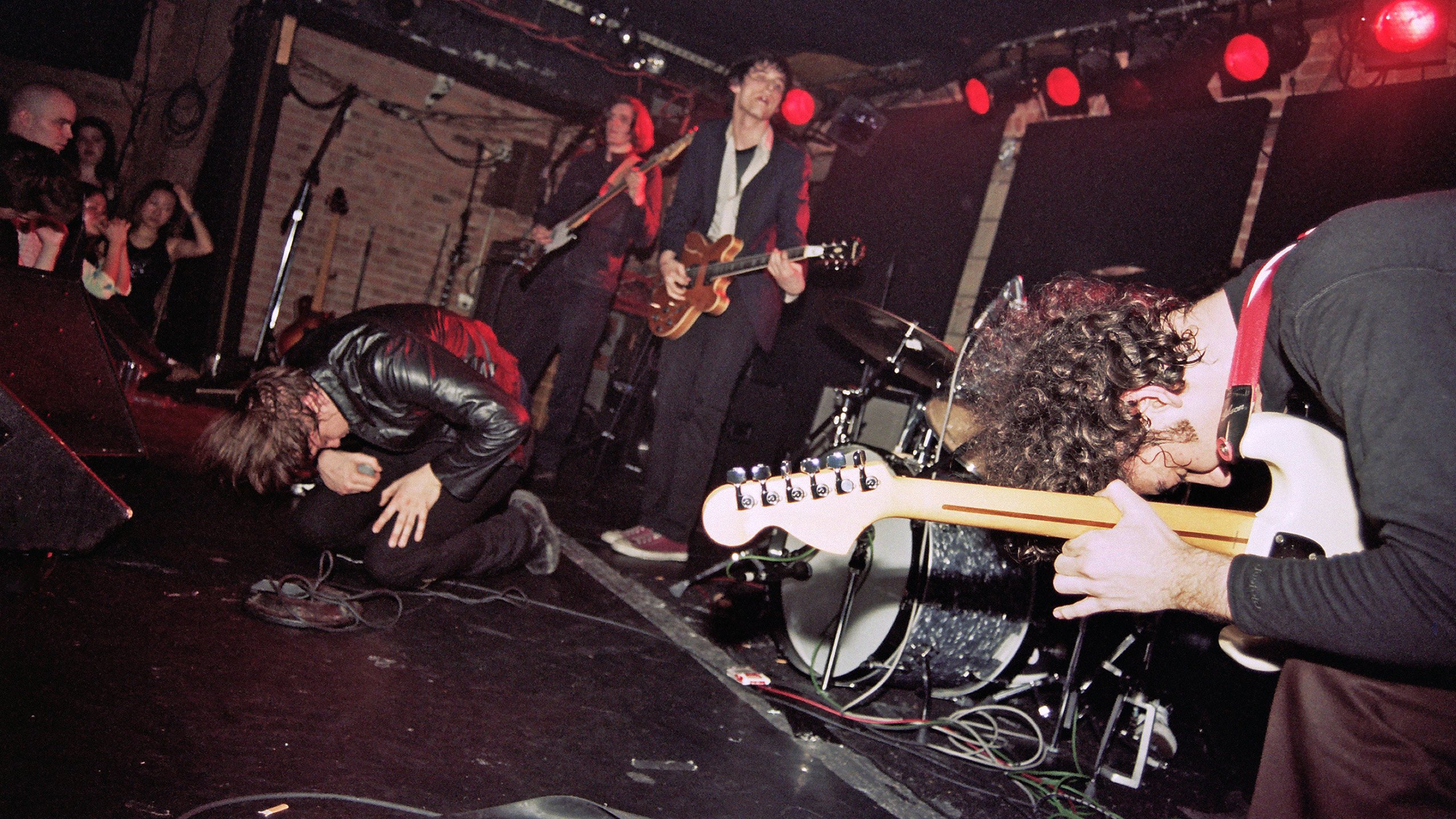 Sundance 2022: Meet Me in the Bathroom

I should be close to the target audience for Meet Me in the Bathroom, the new documentary from directors Dylan Southern and Will Lovelace about the rock scene in New York City in the early 2000s, in which the main bands were The Strokes, The Yeah Yeah Yeahs, The Moldy Peaches and Interpol.

I lived in New York at the time in question and liked a lot of that music, especially the Strokes. I didn’t go to many rock shows, although I did see The Strokes at least twice, including with The White Stripes at Radio City Music Hall.

That particular genre didn’t really have an official name; it was sometimes called “post-punk,” or “post-alternative,” or “DIY,” but none of that quite fit. But that music all added up to a very specific epoch from which a lot of great music was made, recalling for many the grunge era that exploded from Seattle about a decade prior. The difference was, the music didn’t cross over nearly as much into the mainstream, and the era lasted a remarkably short time, straddling a year or two on either side of the 9/11 attacks.

The Meet Me in the Bathroom documentary, based on Lizzy Goodman’s book-length oral history of the same name, offers a lot to enjoy for those who remember those days, but it’s also a bit of disappointment. This is mostly because it sticks to a found-footage, all-archival format, the sort of thing that works a lot of the time, but isn’t really right for this. A more conventional approach, featuring contemporary on-camera interviews with all involved, might have actually been preferable, for once.

I think Todd Haynes’ The Velvet Underground, last year, spoiled us, in its masterful use of archival footage in a documentary about a short-lived New York rock scene of the past. That film found a very inventive way to put the footage together, while this one is more pedestrian in its editing and footage selection.

Last year’s Woodstock ’99 documentary had as its subtext that the music that was popular at the time self-evidently sucked. Meet Me in the Bathroom examines the music that emerged just a short time later. But I give it credit for looking honestly at why this era didn’t last and why the Strokes, in particular, never took that next big step. It was some glorious music, although sadly most of it didn’t have staying power.

What I remember from that era was that the Strokes and White Stripes were both contemporaries and essentially neck-and-neck for a time. And while the White Stripes broke through around the same time and performed in New York fairly often, they were from Michigan, and therefore not considered part of the scene (or the documentary.) Since “Seven Nation Army” is played in football and soccer stadiums around the world, their music has endured much more than that of any of the other bands featured here.

The documentary’s most compelling figure, by far, is Yeah Yeah Yeahs frontwoman Karen O, a biracial New Jersey girl who came to New York and became the one major female figure in that scene.

Begins and ends with Walt Whitman poetry, over city footage- almost the same conceit as a series of famous Levi’s commercials from the late aughts (which were directed, it turns out, by Cary Fukunaga.) But aside from that, the film is relatively uninteresting visually.

The two directors previously made a concert documentary, Shut Up and Play the Hits, about the “final” concert of the band LCD Soundsystem and the decision by its frontman James Murphy to step away; that retirement, like most in music, proved temporary. There’s a lot of Murphy and LCD here as well, even though I never really associated that band with this particular scene. Also on camera? Ryan Adams, the since-disgraced singer-songwriter, whose most famous song during that period was about his decision to leave New York.

If this particular music means anything to you, you should see this film once it becomes widely available; there was no word out of Sundance on distribution, but it would seem a perfect fit for HBO Max’s Music Box series. Even so, Meet Me in the Bathroom should have been a lot better.

TikTok, Boom. Takes a Too-Scattered Look at the Popular App