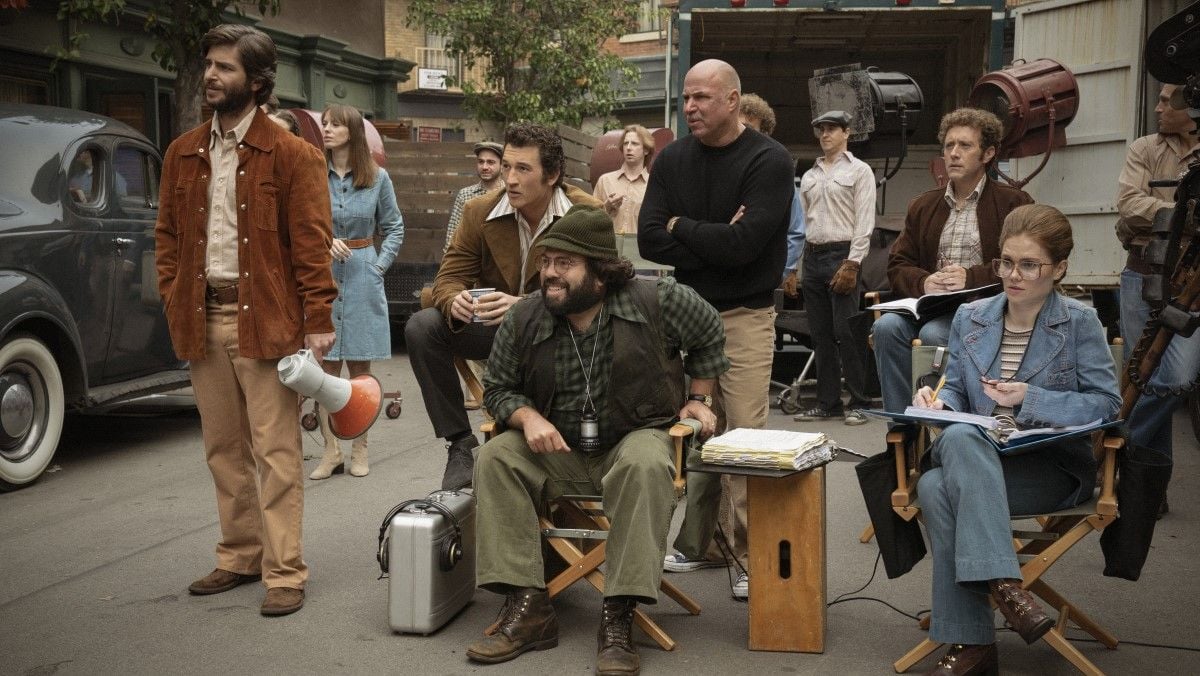 The Offer, Paramount+’s ten-part, limited telling of how The Godfather was made 50 years ago, was beset at various times by a long list of vexing problems.

Among them? It was telling the story from the perspective of Al Ruddy, the producer of the film (and of the series) and very possibly the least interesting of the principals who made The Godfather. The show focused a great deal on the real-life Cosa Nostra, and the role they played in the making of the film, even though was virtually dead on screen every time they were featured. Plus, most books about The Godfather dedicate the Joe Colombo/Italian-American Civil Rights League affair to a handful of pages.

The story The Offer is telling has been extensively documented, including in dozens of books about both the New Hollywood in general and the making of this movie specifically, to the point where I kept expecting certain moments that never arrived. And to those highly familiar with the story, it kept getting minor details wrong. For one thing, Robert Evans referred to Jack Nicholson as “Irish,” not as “Jack” or “Nicholson.”

That said, I always enjoyed watching the show, and it was a lot of fun, once a week, to get into this world. Part of it is that I’ve always loved The Godfather, and otherwise, I liked putting the events of the show against my earlier understanding of it.

The ten episodes focused on the story of the film as it’s popularly known: Paramount made The Godfather, even though not all of the executives were on board with the concept itself, with Francis Ford Coppola as the director, or with Al Pacino and Marlon Brando as the stars. There were various skirmishes over control of the movie, with the studio wanting to spend less money, and later pushing to cut down the movie’s running time.

We also see Robert Evans (Matthew Goode), Evans-ing it up, before falling into a deep depression when his movie star wife, Ali MacGraw, left him for Steve McQueen during the making of The Godfather.

I enjoyed Dan Fogler’s performance as Coppola, even if he’s too short for the role, and his casting goes against Coppola’s stated insistence that Italian actors play Italian roles (then, again, so did James Caan’s.) But as the show went on, Coppola was largely marginalized, as were the actors. A whole other show could’ve been made from the experiences on the set of Brando, Pacino, Caan, and Diane Keaton.

Mostly, though, The Offer is the Al Ruddy show. We get extensive play-by-plays of the producer’s love life, and his non-Godfather projects, including a long run in the final episode about how he chose to produce The Longest Yard instead of The Godfather, Part II. One really gets the sense that Ruddy, who is in his 90s, wanted to use the project to settle some scores.

Most of all, we learn all about how Ruddy faced down mobster Joe Columbo (played, with embarrassing mugging, by Giovanni Ribisi), who wanted the film shut down for civil rights reasons before Ruddy reached an understanding with him. Then, by the end, we learn that Ruddy has earned these wise guys’ respect.

The last big problem with The Offer is that while it tells the story of one of the greatest mob movies of all time, it is itself a very mediocre mob show. While The Godfather had a statement to make about America itself, and about the immigrant experience, none of the Mafia stuff is in any way compelling.

Will The Offer lead to similar shows about the making of classic movies? Perhaps it will. But I would prefer they not merely be the telling of one of the participants.