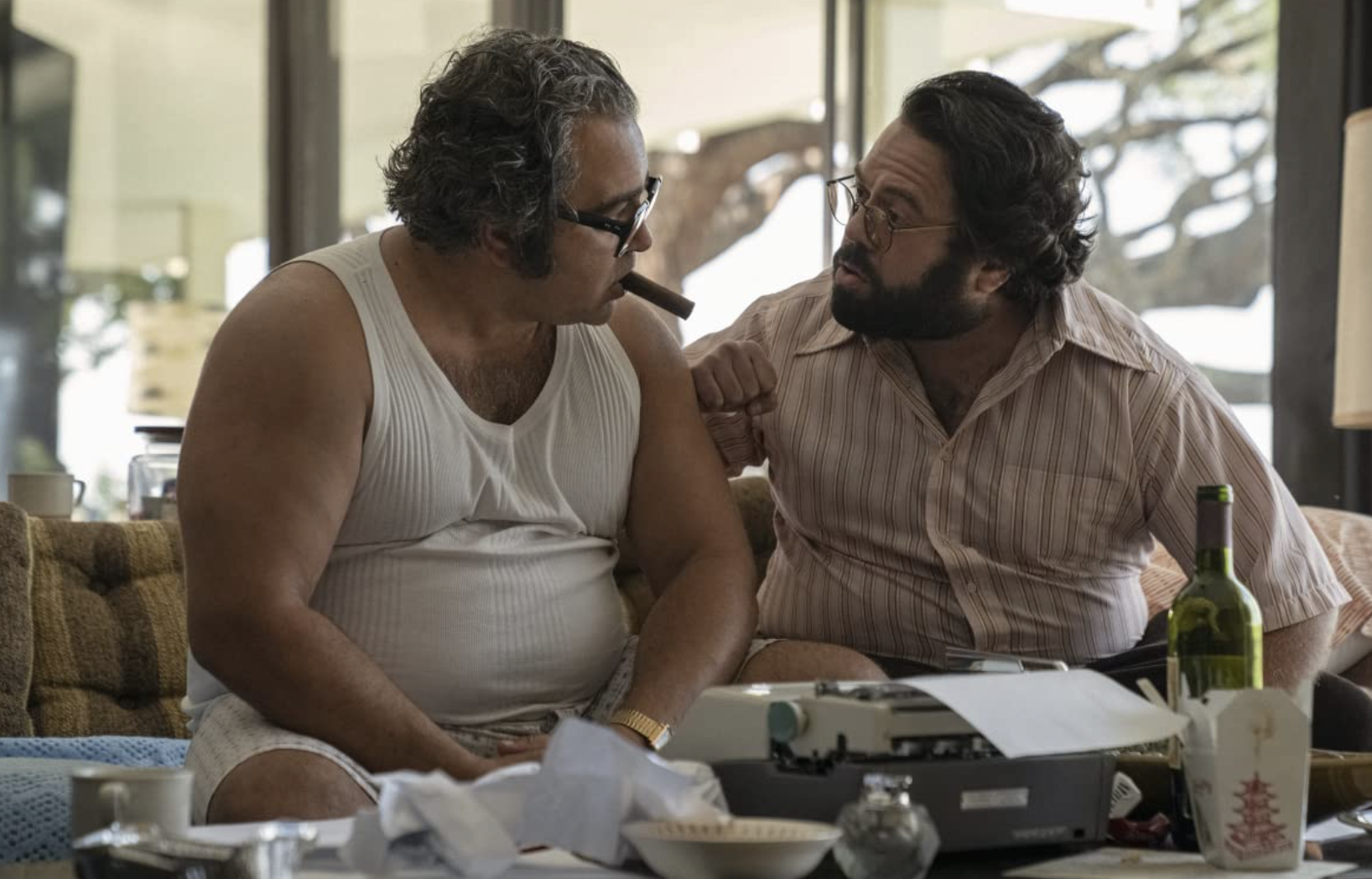 If you’re a Hollywood history buff, there’s a good chance you know all about the story of the making of The Godfather. An unheralded director (Francis Ford Coppola) teamed up with a flamboyant mogul (Robert Evans), a hit-starved studio (Paramount Pictures), an eccentric studio boss (Charles Bluhdorn), and a past-his-prime leading man (Marlon Brando), to turn what was seen as a popular but somewhat trashy novel (by Mario Puzo) into one of the greatest movies of all time.

It wasn’t an easy production, with most of the principals at each other’s throats much of the time, with even real-life mobsters, as well as Frank Sinatra, making their opinions about the merits of the project known. And now it’s the subject of a new mini-series, The Offer. It’s streaming on Paramount+, as that service takes the opportunity to shine the light on one of the most celebrated projects in the Paramount Pictures vault, just a few weeks after the 50th anniversary of the film’s release. (The Godfather is NOT streaming on Paramount+ currently, although you can watch it on the Paramount Network.)

The show is based on the perspective of Al Ruddy (Miles Teller), the producer of The Godfather; the 92-year-old Ruddy is also an executive producer, along with Michael Tolkin, who wrote the first episode, and Dexter Fletcher (Rocket Man) who directed it. Tolkin wrote The Player — Robert Altman’s brilliant Hollywood satire that just marked its 30th anniversary — as well as the novel from which it was adapted.

Sure, it’s probably not great that Al Ruddy is probably the least interesting person among the major principals of The Godfather. Or that Robert Evans, one of the most larger-than-life Hollywood figures ever, is played by Matthew Goode as looking way more like Warren Beatty than Evans. There’s more than a whiff of cheesiness to the whole production, which keeps choosing pulp over prestige.

But overall, The Offer is highly enjoyable, especially if you’re a Godfather fan who knows this history well. It’s got a cool period feel to it, and does a mostly good job putting the famous players in place- call it a movie version of Winning Time. (I’ve seen the first three episodes, which debuts on April 28, with the remaining seven arriving once a week.)

The early episodes cover Ruddy’s attempts to put the film together and Coppola and Puzo writing the script. It’s about the director wanting to tell a left-wing anti-establishment story that’s a microcosm of the American experience, and the studio just wanted to make money.

Coppola had a lot of ideas about ethnic representation in casting that wouldn’t come into vogue until almost five decades later- he really, really wanted Italian-American actors to play all the Italian characters (except for James Caan, who played Sonny, a casting decision that doomed Caan to decades of turning down Italian-American of the Year awards because he’s actually Jewish.) Coppola, ironically, is played by the very much not-Italian Dan Fogler, who does look quite a bit like Godfather-era Coppola and portrays him capably.

The Offer also devotes a lot of attention to the real-life mob’s disapproval of the film, which they often took to Mafia-like lengths- at times, it looks like a mob show rather than a Hollywood one. The organization was led by Joseph Colombo (played here by a hammed-up Giovanni Ribisi).

Colombo was the founder of the Italian-American Civil Rights League, who led a campaign against the film’s stereotyping of Italians as mobsters- even though he was himself a mobster. Eventually, the producers and the mobsters reached an understanding, and if you remember The Sopranos, you know that gangsters today revere Coppola’s film. We also see the famous incident when Frank Sinatra met Puzo in a restaurant and threatened him.

This story has been told a ton, mostly in books. Peter Biskind, the top journalistic chronicler of 1970s Hollywood, covered it both in The Godfather Companion and Easy Riders, Raging Bulls (I’ve always wanted to see a 10-part adaptation of THAT book, although it would likely piss off way too many still-powerful Hollywood bigwigs for it to ever happen.) Another project, Francis and The Godfather is a feature film about the same thing, directed by Barry Levinson and starring Oscar Isaac, though it may or may not still be happening.

Might The Offer draw people to Paramount+ for reasons not related to Star Trek or live sports? I think there’s a good chance it will. And despite its limitations, the show is off to an entertaining start.