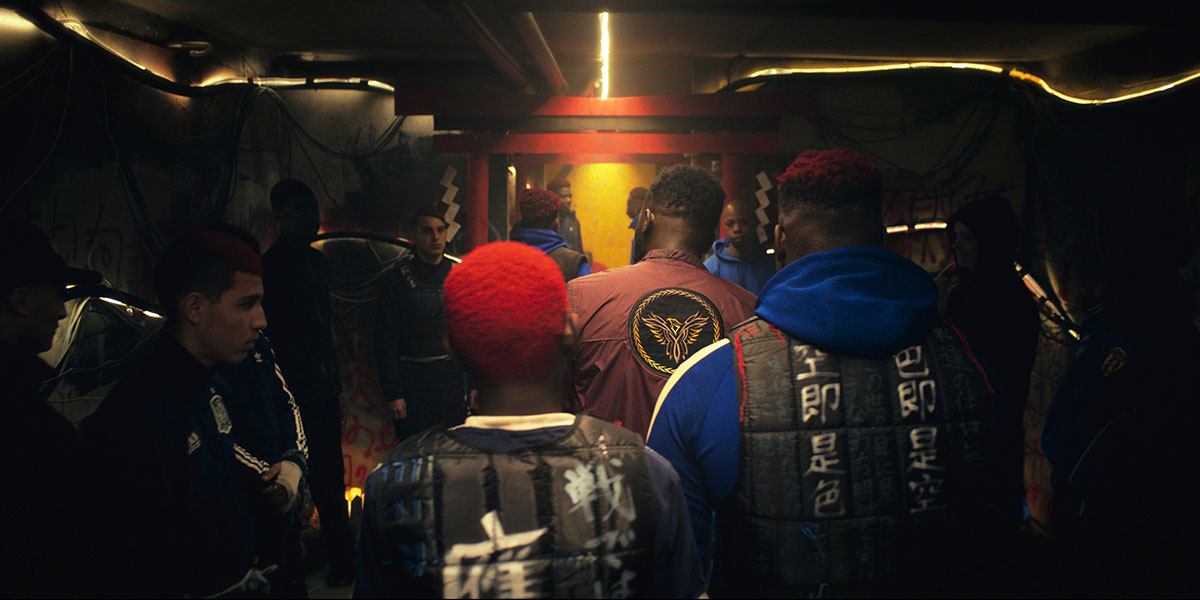 A mysterious planetary event uncovers sinister forces keeping the world balanced in Cédric Ido’s The Gravity. The fear of a shifting status quo fuels the mash-up of science fiction and crime drama at the center of Ido’s film, as financial and physical pressures are exerted on a family hoping to escape and make a better life for themselves outside of their Parisian suburb. Though its sudden shift in the genre is a bit jarring, and its thesis a little undercooked, The Gravity remains focused on its protagonist as he tries to overcome a world weighing down on him – providing an entertaining canvas to explore the ways life holds us back.

A professional athlete training for his comeback, Daniel (Max Gomis) is beginning to realize why his family is planning to suddenly leave France for a fresh start in Canada. As the pressure begins piling up, from taking care of his wheelchair-bound brother to the sudden return of a former friend and his suspicious interest in the new gang selling synthetic drugs in their apartment, Daniel is far from comfortable. However, he’s also unable to fully accept the changes he has to make in his life; instead continuing to train with his coach and help his brother out by making money on the side.

It’s the return of Daniel’s former friend, Christophe (Jean-Baptiste Anoumon) – recently released from prison – that kicks off a series of events that drag down anyone involved. His interests lie in the group of hoodlums riding motorbikes around his old stomping grounds and the drugs they’re selling to his old customers. Their presence instills fear in the neighborhood, but no one does or says anything as they are violent and vengeful when it comes to anyone threatening their business. However, it doesn’t appear to just be drugs that they’re dealing with and their ulterior motives eventually become clear as Christophe digs deeper into their operation.

Meanwhile, all through The Gravity, there’s a science fiction element that is increasing in severity but never enough that anyone seems to pay it any mind. Planets are beginning to align in such a way that their gravitational pull is having an effect on Earth’s gravity, weighing things down just slightly enough that if you weren’t paying attention you’d never notice, but minute changes can have disastrous effects. No one seems aware though, with news broadcasts going on in the background that no one seems to listen to. It’s probably another Y2K or Mayan Calendar hoax, so why have the fear stop you from living life?

Every character in The Gravity seems to be tied to their current lives in some manner that holds them back from living life to its fullest. There’s a crippling fear that change will not just disrupt the flow of things, but cause irreparable damage. An elevator that’s constantly being fixed, a life of crime that can’t be escaped, the past that still has its hold – there’s a balance that can’t be upended without sacrifice. Ido’s screenplay is compelling in its depiction of people held down by circumstance or an ideology they’ve set for themselves, and that threatening of equilibrium is never more potent than once the film shifts into its final act.

From there The Gravity begins tying in its science fiction premise and the characters we’ve followed along the way, turning into an interesting action-sci-fi hybrid that is entertaining throughout. It feels like it comes a bit suddenly without much of a build-up, but once events are set in motion the choreography is exhilarating with some clever concepts. It’s a bit reminiscent of Jean Luc Herbulot’s Saloum in the way it suddenly moves from one type of film to another, but The Gravity’s shift works thematically more than it does narratively. While the action gives the film the jolt of adrenaline that it somewhat needed, it also delivers a jarring acceleration in pacing that isn’t too bad but it doesn’t come together as cleanly as the switch requires.

For its very small set of a couple of apartment complexes in a suburb, it’s surprising the creativity Ido mines from an equally small cast of characters. There are secrets underneath and above the concrete buildings, but The Gravity understands that you can’t keep your eyes too far off the ground ahead of you. Characters too often find their head in the clouds or accept their current circumstances as immutable, but it’s clear by the end of Ido’s film that it’s the reluctance to accept that something needs to change that stalls us all.

Causeway Offers Strong Performances, Good Intentions, and Not Much Else