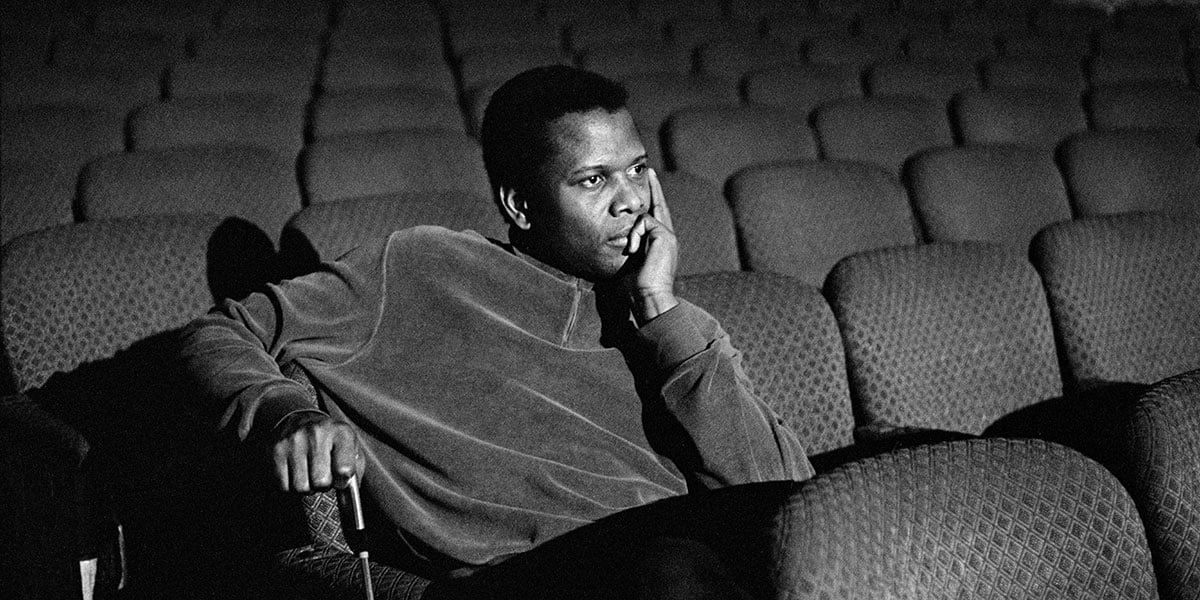 Between Louis Armstrong’s Black & Blues and Sidney, the Toronto International Film Festival in 2022 was chockfull of Apple TV+ documentaries about the top Black entertainers of the 20th century.

Directed by Reginald Hudlin — who made House Party, Boomerang, and The Black Godfather —  and produced by Oprah Winfrey, Sidney doesn’t color that far outside the lines of the standard documentary formula. But it provides an illuminating look at Sidney Poitier, which included extensive interviews with the man himself, prior to his death, at age 94, in January of this year.

This is especially refreshing to see, since Poitier had retired from acting many years earlier, and was fairly reclusive in the last years of his life.

It would be very hard to screw up a story this great, but the filmmakers have done a fantastic job and provided the definitive portrait of this legendary actor.

Hudlin’s documentary follows Poitier’s life, from beginning to end. He was born two months premature, the actor shares, and actually obtained U.S. citizenship at birth when he was born early while his Bahamian family was visiting Miami. Having gone from the Bahamas to the U.S. at age 15, Poitier speaks of his early experiences with racism, and soon it’s on to his showbiz career, first to the theater in New York, and eventually the movies.

The film tells the story of most of Poitier’s major movies, with plenty of great footage available, as well as the actor’s various feats of significance. He was the first Black actor to be nominated for an Oscar and to win one. He was also always mindful of how he represented his race.

Also, much like in the Armstrong documentary, there’s talk of the concern that Poitier was too concerned with making movies that were meant for white people.

On the talking head front, the film brings out the big guns, including Oprah herself, Denzel Washington, Morgan Freeman, Spike Lee, Harry Belafonte, Halle Berry, and journalist Greg Tate, who has also passed away since sitting for his interviews. Both of Poitier’s wives and some of his children also speak, including his daughter, the Death Proof actress Sydney Poitier.

And we get memorable footage outside the movies, especially that moment when Washington became the second Black Best Actor winner on the same night that Poitier received an honorary Oscar, and they saluted each other. Sidney is also at least the fifth film I’ve seen at TIFF to use footage from The Dick Cavett Show.

The film also goes into Poitier’s brief career as a director of studio comedies, which peaked with the 1980 Gene Wilder/Richard Pryor comedy classic Stir Crazy. There’s no mention, however, of Ghost Dad, the 1990 Bill Cosby vehicle that was the final film Poitier directed. That film was a flop and something of a laughingstock even before Cosby’s late-in-life fall from grace.

Sidney is set to arrive on Apple TV+ on September 23.

Pearl is the Rare Slasher Prequel that Elevates its Predecessor