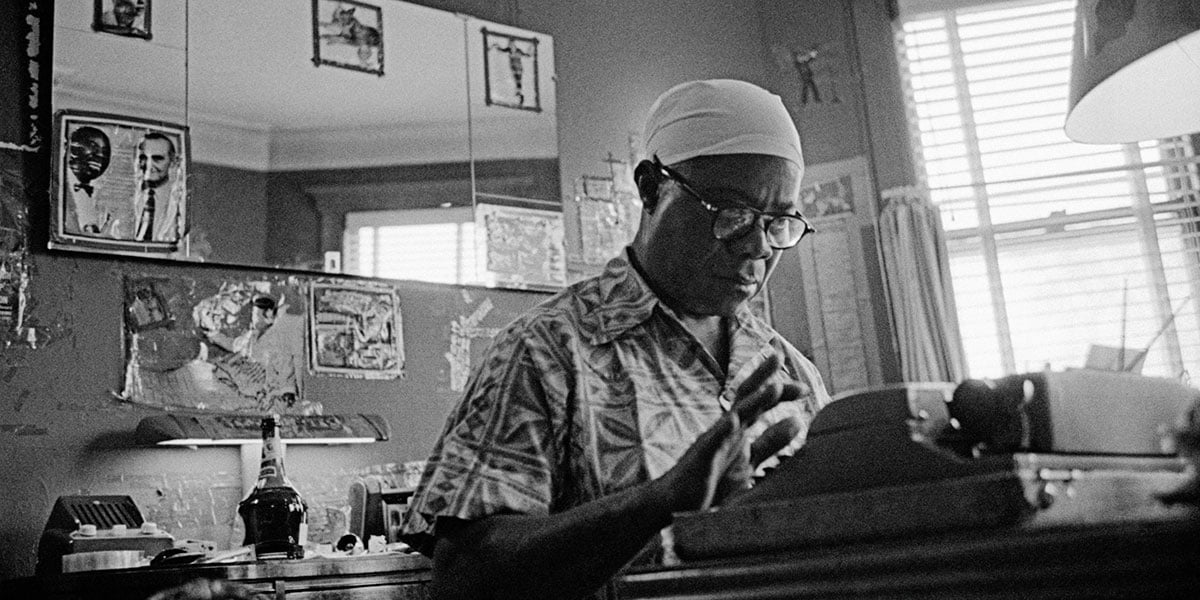 Louis Armstrong’s Black & Blues, somehow the first-ever comprehensive documentary about the life and work of the jazz legend, debuted at the Toronto International Film Festival in September, and it has the absolute perfect director. That’s Sacha Jenkins, the journalist-turned-documentarian who was at TIFF in 2021 with Bitchin’: The Sound and Fury of Rick James. Now he’s turned his sights on a different musical figure from a different era.

Jenkins was born the same year, 1971, that Armstrong died, but he shows a profound understanding of the subject matter, including political aspects that are highly relevant decades later. With an Apple TV+ release scheduled for October, Black & Blues is one of the year’s best music documentaries.

While not quite as buried as the footage that made up last year’s Oscar-winning Summer of Soul, Black & Blues is clearly aiming for something similar. The film draws much of its material from Armstrong’s audio diaries, as well as a huge amount of video footage. And on top of both, there’s all of his great music, which we got to hear much of.

Louis Armstrong was born at the dawn of the 20th century, in 1900, and ended up one of the most important artists of that century. Known as “Satchmo” and “Pops,” Armstrong both sang and played the trumpet, and was known for such classic songs as “What a Wonderful World,” “Hello Dolly” and “When The Saints Go Marching In.” Armstrong, like Elvis Presley, is associated strongly with multiple cities, including New Orleans (where he was born, and whose airport now bears his name) and New York (where he lived for the last decades of his life), as well as all the many places he played. Rapper Nas, also from Queens, reads some of Armstrong’s writings.

Armstrong was married four times, but it’s his fourth wife and widow, Lucille, who is featured most of all.

Unsurprisingly, race takes up an outsized role in the story. Armstrong personally integrated all sorts of venues and institutions and insisted on never playing places where he couldn’t stay. He also realized at some point that even the most racist of white people seemed to be fans of his, and the charge is raised off the performer engaging in minstrelsy.

Later, Armstrong is shown sharing his reluctance to directly participate in civil rights protests, opting to donate his money instead. While he later says that he feared getting hit in the phase could end his career as a trumpet player, a lot of his argument boils down to the Michael Jordan “Republicans buy sneakers too” arguments of decades later.

More than 50 years after his death, Louis Amstrong’s legacy is ripe for rediscovery by younger generations, and Sacha Jenkins’ astonishing documentary could be the project that does it.

Empire of Light isn’t as Good as it Looks