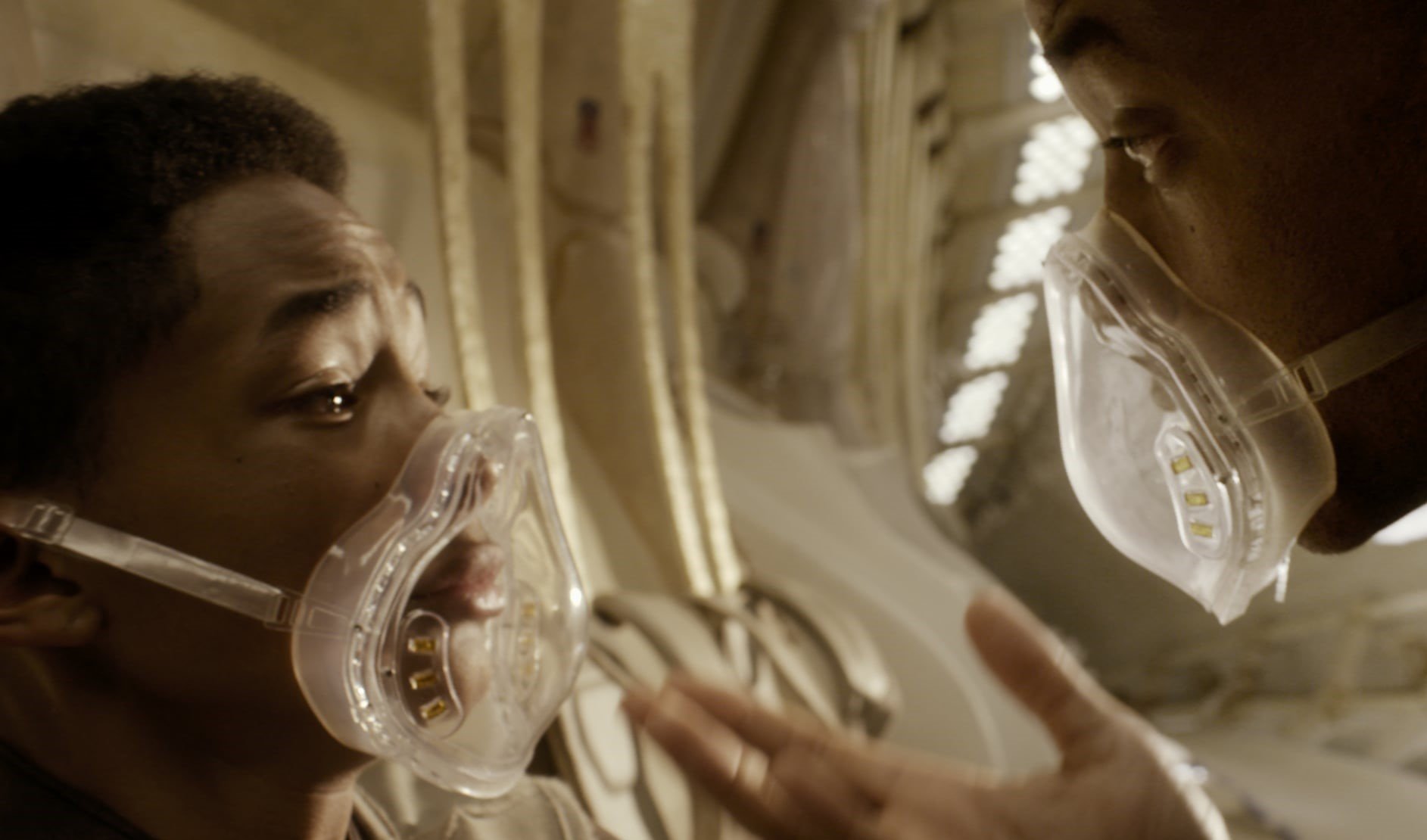 The advertising campaign for the film After Earth completely omitted the name of its director, M. Night Shymalan. That was unusual at the time because a director who’s had a couple of recent bombs isn’t that big a problem. Anybody can come back from a slump, and many directors have. More intrinsic problems such as a bad script, are much more likely to doom a movie, and they nearly do for After Earth.

The name of Will Smith’s character, Cypher Raige, is one such problem. Smith is actually very good in the role, but it’s just difficult to take the film seriously when it posits a heroic name straight out of an 8-bit Nintendo game. Cypher and his son Kitai (Smith’s own son, Jaden) are soldiers in a far-off human society a thousand years in the future, who crash-land their spaceship on an Earth which was ravaged by the humans of our generation, and re-evolved into a human-hostile environment. They have to stay alive and call for help while evading a monster that can literally smell human fear.

After Earth also suffers from a problem common to a lot of science-fiction movies: its science falls apart under too much thought. Yes, the re-imagined Earth involves some clever concepts, but it’s hard to imagine that mankind has mastered faster-than-light travel yet can’t find a way to mask the pheromones created by human fear.

There is other wonky science in the film that could be nitpicked, but a much bigger problem is the amount of Scientology. Will Smith and his wife are not officially in the Church of Scientology, but they founded a school in California which teaches using Scientology concepts, and some of those concepts find their way into this movie. Although the movie has a lot of science in its description of how fear is created, the ways that fear is displaced involve Hubbardian platitudes like “exist in the current moment” and “fear is a choice.” That’s how Scientology works: take one part science, mix in two parts pseudo-science, just add celebrity.

After Earth is never dull, and Shymalan composes the hell out of scenes whether it’s computer-generated or not. But it’s also the most cartoonish of Shymalan’s films – and this from a man who did a comic book movie (Unbreakable) and adapted an animated television series (The Last Airbender) – to the point that the father/son tension which is supposed to reduce audiences to tears by the end of the movie just can’t deliver. Shymalan proved with this film that he’s capable of getting the old magic back, but he was just shy of achieving that goal.

M. Night Shyamalan’s The Last Airbender is a Failed Adaptation

Glass is All Empty, but Half Entertaining