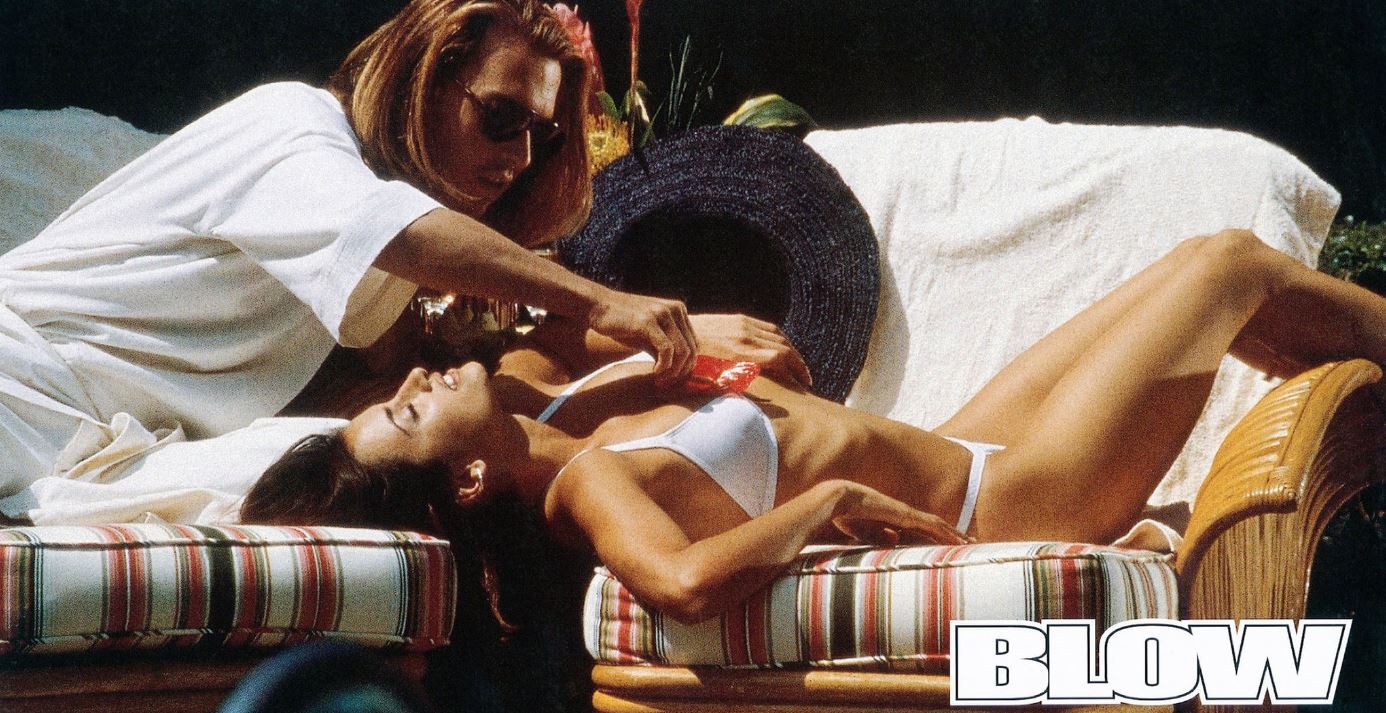 The film 2001 Blow, starring Johnny Depp as drug dealer and smuggler George Jung, is one of many films released over the years that lifted most of its major elements, from aesthetics to themes to structures, from Martin Scorsese’s Goodfellas and Casino.

There are the period setting and costumes, the near-constant pop music needle drops, the scenes of spiraling cocaine addiction, and the slow-burn third-act collapse. The film even casts the lead from Goodfellas, Ray Liotta, as Depp’s father, while Penelope Cruz gives a histrionic performance seemingly heavily inspired by Sharon Stone’s in Casino.

And there’s also the same general conclusion as Goodfellas and most of the movies it inspired: Sure, there was fun, riches, and glamour, but it’s bound to end so badly that it wasn’t even worth it.

Blow, released in April of 2021- 20 years ago this week- is no Goodfellas or anywhere close to it. It’s an entertaining film with a high re-watchability factor, featuring a go-for-broke performance from Depp in the part of his career when he clearly still cared a lot. The film doesn’t do much that you haven’t seen before. But it did have a fantastic teaser trailer.

George Jung was raised in Massachusetts by a sad-sack dad (Liotta) and cartoonishly mean mom (Rachel Griffiths), before escaping to Southern California at a young age. There, he enjoyed success as a marijuana distributor, with help from a cast of friends dominated by stewardesses, and a supplier (an outstanding Paul Reubens, showing a glimpse of the brilliant character actor career he never had but should have.)

Eventually, as of the mid-’70s, Jung outgrows California and ends up shifting to international trafficking in cocaine and becoming the American partner of Pablo Escobar’s Medellin cartel. But like most of the many movies about going into business with Pablo Escobar, things don’t go so well for the American, with Jung going to prison multiple times and suffering estrangement from just about everyone close to him. George Jung did get out of prison, in 2014, and is still alive, at 78 years old.

No one could say that Blow presents much that’s original. And even worse than that, Blow won’t win any awards for representation of its female characters.

Rachel Griffiths plays Jung’s mom as a screeching harpy, showing up every 20 minutes or so to yell at her son. And when she’s not being emotionally abusive, she’s turning her own son in to the authorities. Penelope Cruz, as Jung’s wife, is on screen for about five minutes before he starts screeching at him, too. Meanwhile, the late scenes dealing with Depp and Cruz’s divorce play like they were written by someone in a men’s rights subreddit.

Only Run Lola Run‘s Franka Potente, as Yung’s girlfriend in his California days, is something other than a screaming harridan, but she barely even survives the first act. (Emma Roberts and Jamie King play Jung’s young daughter at different ages, but neither of them speaks much.)

Blow was directed by Ted Demme, who also made Beautiful Girls and some other notable ’90s films; it would be Demme’s final feature film prior to his death at age 38, less than a year after Blow‘s release. It’s certainly an aesthetically pleasing picture. I especially admire the commitment to Depp’s hair, which changes subtly, sometimes from scene to scene. For one segment of the film, he and Cruz have the exact same hairdo, which is probably the most memorable detail in all of Blow.

Crime Story is one of the Greatest TV Pilots Ever