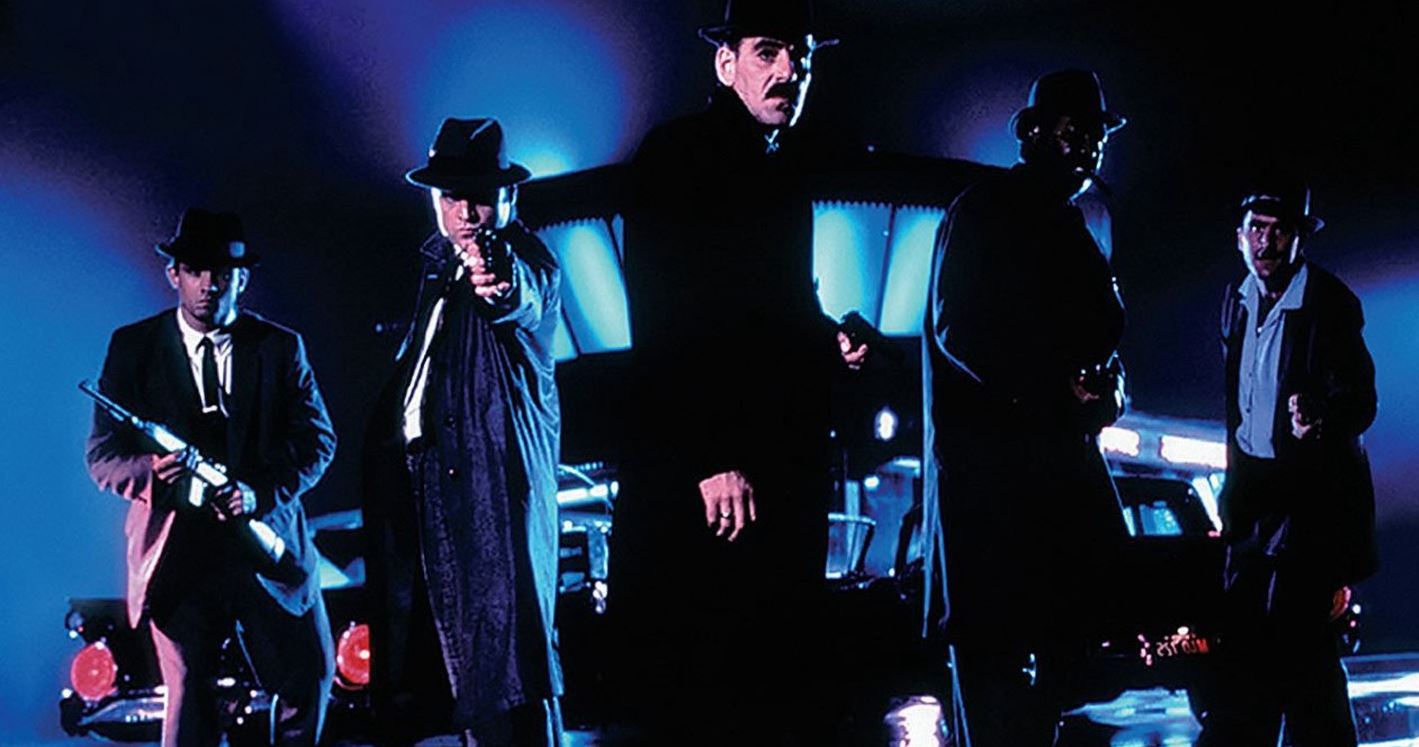 There are many reasons why the pilot of 1986’s Crime Story may not be great television.

The 90+ minute story by series creators Chuck Adamson and Gustave Reininger never gain any real traction as they introduce the 1963 Chicago Major Crimes Unit team and their mob rivals. Two veterans from Miami Vice, creators Adamson and Reininger’s ambitious story tries to introduce too many characters from both sides of the law. While focusing on Detective Mike Torello (more on him later), they try to cram everything from cop/mob rivalry and revenge to marital discord into this first episode. With everything they are wanting to accomplish, they lose sight of building any basic structure to this episode as this pilot moves from one plot point to another with little grace or flow between all of its scenes.

Yet this pilot is interesting because as they’re doing all of this plotting, you can see how Adamson and Reininger are laying down a foundation for a serial story. They feel the need to introduce all of these characters into the show and establish what the ongoing conflicts are going to be because these are going to be the basic building blocks of the series. Tough guy Detective Torello and slick mobster Ray Luca are the main drivers of the action. They have their teams and associates, many of who are introduced in this episode without ever being given much to do, but the story is almost equally theirs; one man trying to build a team to drive crime out of Chicago and the other looking to prove his worth to the mobsters who want to run the city.

The story is not helped at all by what must have been a puny budget. For the opening credits, all of the money must have been spent on getting Del Shannon to rewrite and perform his hit “Runaway” because even a static shot of Torello and his team looks like it’s being shot on an unsteady handheld camera. Throughout the episode, anything that was shot on a soundstage is painfully obvious, with walls that look like they were thrown up the morning of the shoot. No scenes in an office or an apartment feels real. Director Abel Ferrara does what he can with these scenes but none of these environments look like places where people actually live or work every day.

What does make the first episode of Crime Story very, very good is the way that Ferrara captures action. Whether it’s a chase or a shootout, when Ferrara gets to show his characters in their true elements of action and violence, that’s when this episode comes together. Opening with a car chase down a highway, Ferrara follows the action and gets you right up into it. As these vintage cars race down the road, it is tame by today’s standards but Ferrara frames the chase so you’re there for every bullet that is fired, every bump, and collision between the cars. Later on in the episode, there’s a shoot-out in a department store. The sets are still as chintzy looking like all of the other interior scenes, but Ferrara races around the action, following the multiple gunmen as this elaborate game of cops and robbers spills out into stores and streets of Chicago.

When the episode can get away from fake sets, its use of locations is fantastic. Recreating 1960s era Chicago, Ferrara sets the idealistic vision for this series. From the rain-slicked streets to the suits and coats that the cops wear, he manages to envision maybe not what Chicago really was but what we want to imagine that it was. With those vintage cars, the tough guys and occasionally tougher women, and the streets of a city that has been known for its fair share of corruption, Crime Story defines its own conception of what it must have been like for the law and the criminals. This show knew what it wanted to look like even if it didn’t have the budget to pull it off for every scene.

What makes the episode great is a then relatively unknown actor, an actual retired Chicago cop who plays Torello; Dennis Farina. Farina would go on to play all kinds of cops and criminals, tough guys one and all, but it really all starts here. With Torello, he gets to play himself, a Chicago cop fighting crime and corruption. A haggard leading man, Farina would end up being relegated to being one of the supporting characters in this kind of show today but he gives weight and credibility to Torello. With his dark hair and authoritative mustache, Farina carries himself like a man who has walked the beat. As Torello, Farina easily conveys the weariness of a man who has spent day after day trying to clean up the streets of Chicago. An older, tired cop, Torello is devoted to his crusade even at the cost of his own marriage. It’s almost a cliche, but Farina wears the role like an old, comfortable coat that he just can’t bear to get rid of.

Farina obviously knows how to play a cop but he also knows how to carry his character outside of the job. One scene, in particular, shows just how great Farina is as an actor, even this early in his career. After a particularly tough day where one of his men was killed in the line of duty, Farina heads off to a wedding reception to be with his wife, hoping to find some small comfort to end the day with. Instead, he finds his wife laughing and dancing with a much younger man. From his perspective, she’s enjoying his attention much more than any married woman should be. Torello leaves without saying anything to his wife and goes to get hammered with his crew at some seedy bar (in the best-looking interior shot of the whole show). Drunk and feeling hurt, he begins flirting with a woman across the bar. She’s not the best-looking woman but she’s obviously as lonely tonight as Torello is. As he flirts and dances with her, Farina abandons his tough-guy act and is gentle and humorous with her. He’s drunk and lonely and she’s there when his wife is somewhere else, dancing with a guy much younger than him. You think you know where this scene is going, but Farina, along with Adamson and Reininger, defies expectations and Torello remains a wonderfully loyal man.

The pilot of Crime Story has a lot going against it, but this only goes to show how a fantastic leading man’s charisma can overcome even the shoddiest production. Crime Story is Dennis Farina’s story, the story of a cop who is tired but who is also unmercifully dedicated to his job. There’s no question of Farina’s believability- he is a 100% Chicago cop, down to the gravelly midwestern drawl that tells you that he is a dedicated working man. Crime Story may not be the best-told story or the best-looking show to come out of the 1980s but when Ferrara dives into the action and Farina gets to demonstrate his quiet yet explosive anger, it is captivating in ways that many much slicker shows never achieve.

Blow at 20: An Entertaining but Iffy Goodfellas Knockoff