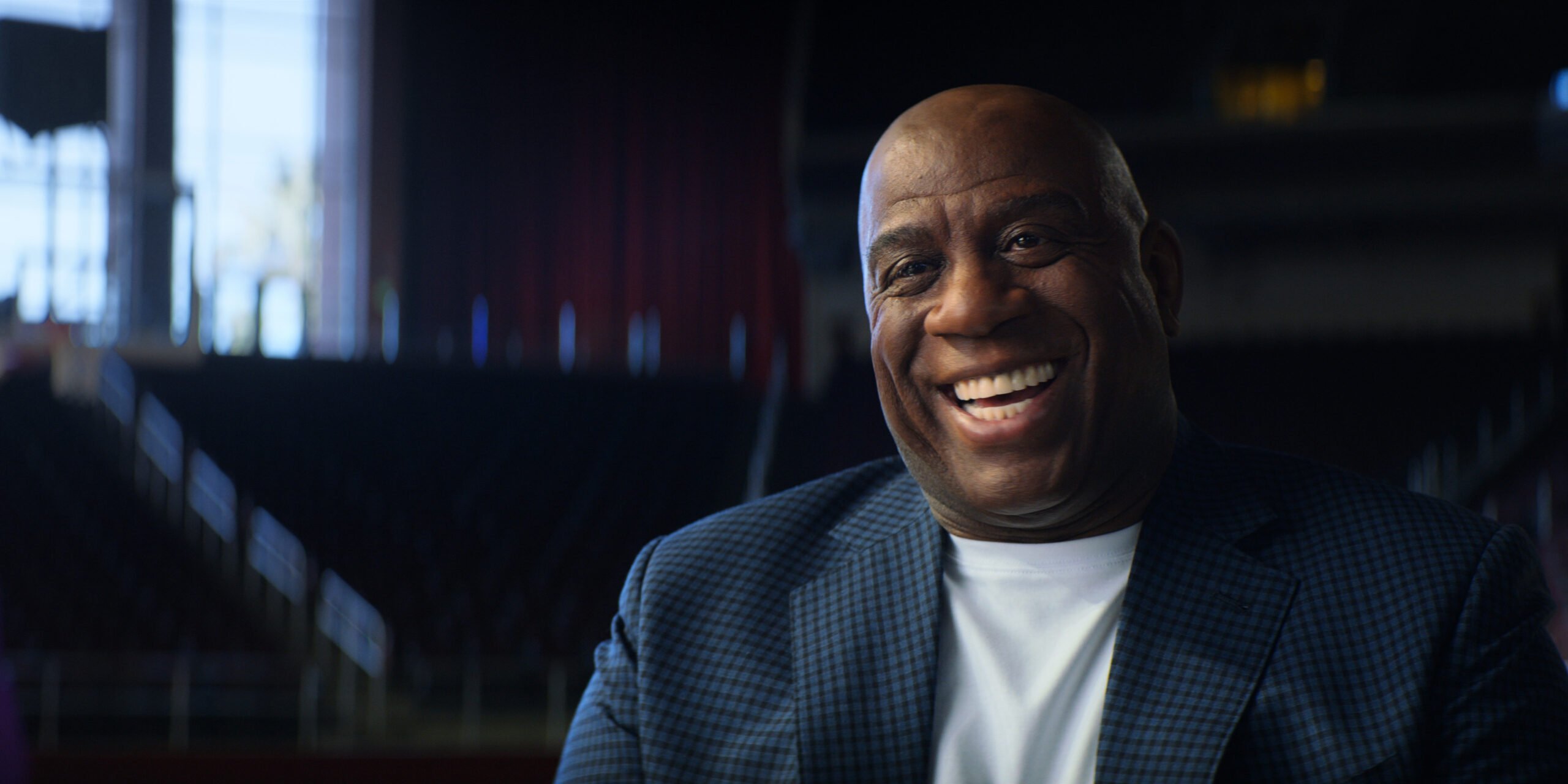 They Call Me Magic Review

The major success of The Last Dance, which debuted around this time two years ago, indicated that there would be a copycat effect of multi-part, career-spanning documentaries about major athletic figures of the past. ESPN didn’t even wait until Tom Brady’s career ended before bringing out his version, Man in the Arena, and now it’s Apple TV+’s turn, for Jordan’s NBA contemporary Magic Johnson.

Like the Jordan and Brady series before it, the four-part, four-hour They Call Me Magic, which debuts on Apple TV+ April 22, was produced with the cooperation and participation of the subject. But much more than The Last Dance, one gets the sense that we’re watching Magic’s version of events, one that minimizes most conflict and negativity.

They Call me Magic arrives at the same time as Winning Time, HBO’s fictionalized examination of the early years of the Lakers’ 1980s run which, for all of its virtues, hasn’t exactly made the most of its Magic character. In the doc, we hear from the real Magic.

In the documentary, there’s some compelling game footage, and the series did a great job assembling an impressive group of talking heads. There’s a tremendous amount of nostalgia value in all of this, especially for those who lived through these events.

But the project mostly feels like a missed opportunity, because it’s lacking in three of the things that made The Last Dance so great: Conflict, new information, and surprises.

The four-hour They Call Me Magic is divided into four parts. The first is about Magic’s early life and college career, before concluding with the Lakers’ first championship, which are also the events covered in Winning Time. The second episode deals with essentially the entirety of the 1980s and the Lakers’ four championships under Pat Riley. The third is about Magic’s HIV diagnosis in 1991 and his brief comebacks, while the fourth deals with the superstar’s post-retirement business ventures, including his part-ownership of the Los Angeles Dodgers.

The four hours cover everything — well, almost everything — and has access to just about every relevant interview subject. In addition to Magic himself, there’s Larry Bird and Michael Jordan, Riley, most of Magic’s relevant teammates and opponents, and most of his family members, including his very entertaining chorus of sisters. Jerry West is included and is therefore unlikely to angrily demand a retraction, as he did for his portrayal in Winning Time.

Also in it? Two presidents of the United States- the same two, Clinton and Obama, who were in The Last Dance. There’s even Dr. Anthony Fauci, there to talk about the HIV side of things.

These people all have a lot to say, which is great, but not much of it is new or surprising. Like Winning Time, it doesn’t depart significantly from the conventional wisdom about Magic’s rise- that the NBA was in dire straits until Magic and Larry Bird came along and led a resurgence.

Also, so much of this has been covered before by other documentaries. There was also an ESPN documentary back in 2012, The Announcement, which specifically covered Magic’s 1991 announcement that he had HIV and was retiring, as well as the many years that followed. The Bird-Magic rivalry was covered by Magic & Bird: A Courtship of Rivals, the 2010 HBO doc, while another ESPN doc, 2017’s four-hour Celtics/Lakers: Best of Enemies, covered the teams’ 1980s rivalry.

Just about nothing gets said here that differs from our understanding of these events. There’s nothing like The Last Dance’s wholesale reordering of what we thought we knew about the Flu Game in 1997.

They Call Me Magic is also missing the chippiness that was such a hallmark of The Last Dance. Magic had rivals but didn’t really have enemies. Magic and Larry may have had the toughest rivalry in sports in the ’80s, but they were, and remain, great friends. Even Michael Jordan’s greatest nemesis, Isiah Thomas, was so close with Magic that there were false rumors back in the day that they were lovers.

Speaking of which, the series soft-pedals the most negative aspects of Johnson’s life and career. Yes, he admits to frequent womanizing and acknowledges that he wasn’t quite accepting, right away, of his son E.J. being gay.

We see his famous appearance on The Arsenio Hall Show, shortly after the HIV announcement, and we see Arsenio asking about the perception at the time that HIV/AIDS was a “gay disease,” but the clip cuts off before Magic’s answer, which was “I am FAR from a homosexual.”

His failed talk show, The Magic Hour, is dispensed within about 45 seconds, while his short, ill-fated turn as coach of the Lakers in 1994, and his more recent, unsuccessful run as the team’s general manager, are omitted entirely.

The subject of the documentary having a hand in producing it is clearly the direction that sports documentaries, especially on television, are going now. But it’s more of a problem here than it was in the case of the Jordan documentary, in which several other entities had a hand in the production.

Perhaps it’s unfair, but The Last Dance casts a long shadow here. They Call Me Magic lacks its warehouse of never-before-seen footage, as well as its airing of long-ago beefs and the new light that is shed on the events of decades ago.