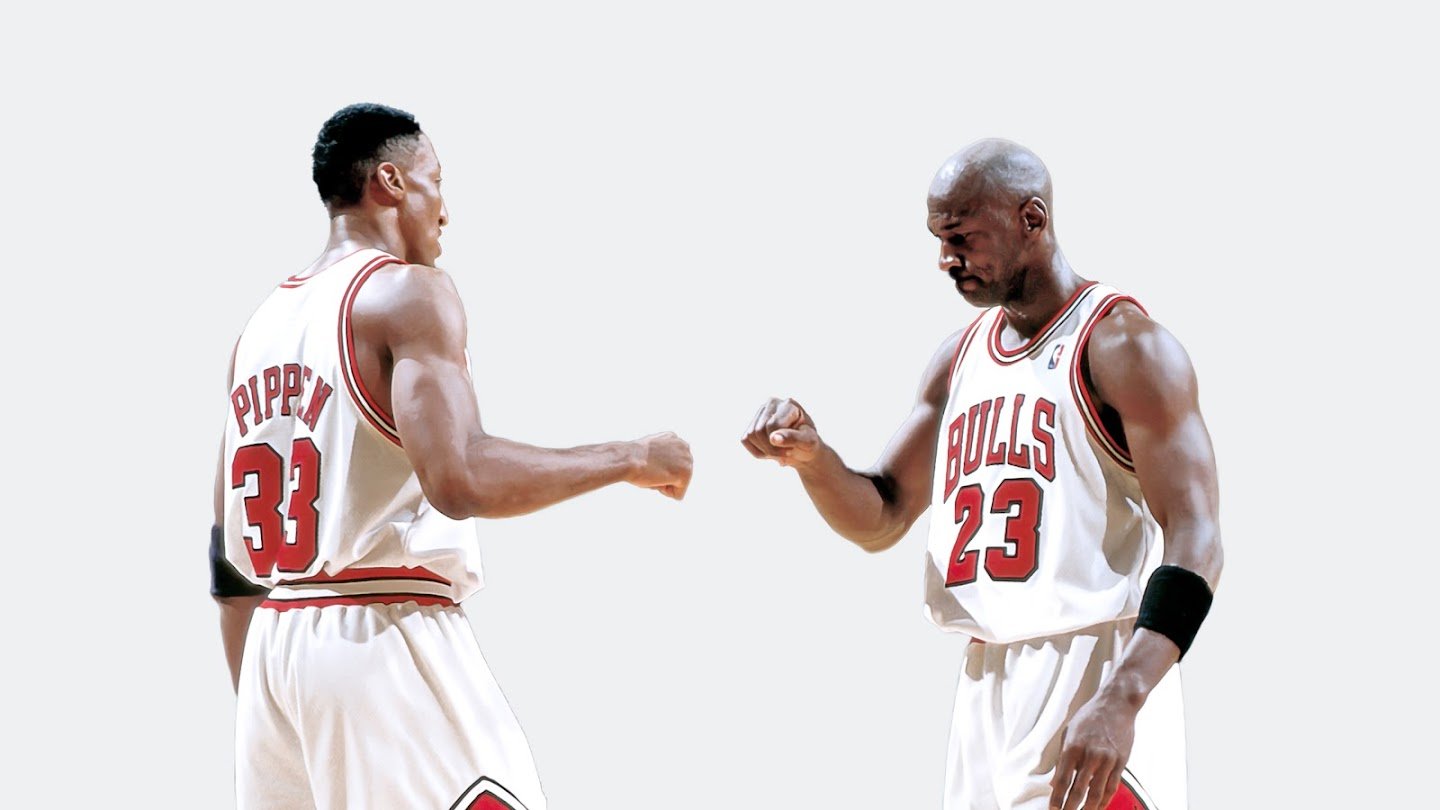 The Last Dance, a Ten-Part Docuseries About the Rise of Michael Jordan and the Chicago Bulls

Following more than a month of no televised professional sports – and the prospect of no more happening for quite some time- ESPN has delivered a godsend, with the early arrival of The Last Dance. A ten-part documentary about the final year of the Chicago Bulls’ dynasty in 1997-’98, it debuted Sunday night with its first installments. And judging by those two hours, it’s the most ambitious sports documentary to appear since the Oscar-winning O.J.: Made in America, four years ago. It feels like the definitive look at one of the most important sports teams in history.

The Last Dance is a coproduction of ESPN, NBA Entertainment, Netflix, Mandalay Sports Media, and Michael Jordan’s Jump23 outfit; it will air two episodes per week on ESPN for the next five Sundays, with the series going to Netflix outside the U.S. While not technically a 30 for 30 installment, it feels a lot like ESPN’s 30 for 30 house style, and it’s directed by 30 for 30 veteran Jason Hehir, who directed past installments about the 1985 Chicago Bears and the “Fab Five” teams at Michigan.

You’d think a 10-part documentary about the Jordan-era Bulls would move through Jordan’s entire career, or possibly the six championships that he won with the team. It sort of does, and sort of doesn’t.

The Last Dance spends large chunks of each episode on footage from other seasons, but it returns repeatedly to the ’97-’98 season, when the Bulls won the championship amid numerous speculation that the team’s core of future Hall of Famers- Jordan, Scottie Pippen, Dennis Rodman, and coach Phil Jackson- might be headed out the door in favor of a rebuilding project. It was a very similar dynamic to this past New England Patriots season, in which a still-competitive team was overshadowed by rumors that its many-championship-winning star, Tom Brady, would leave the team.

In addition to extensive NBA archival football, The Last Dance is based on extensive documentary footage that was collected throughout that season, with the provision that it could only be released with Jordan’s permission. That was finally granted in 2016, when this project began.

The first hour, while setting up what was going on in the ’97-’98 season, also looks back on Jordan’s college career, and his early days with the Bulls. The second hour focuses more on Scottie Pippen, both during the main season- when he was threatened with a trade- and in the early days of his career. The end looks back on the Bulls’ season in 1986, which concluded with a playoff loss to the Larry Bird-led Boston Celtics.

The main thrust of the documentary is a massive feud, with Jordan and the players on one side, and the team’s general manager Jerry Krause on the other. Krause was a slovenly former baseball scout who didn’t seem to garner much respect from anyone in the game, even though he’d assembled a roster that won six championships. Early buzz also states that we’re going to see a lot of Jordan being extremely tough on his teammates, but there’s only a small amount of that in the first two episodes.

A lot of this stuff is just a sports fans dream. We see super-young versions of Bob Costas, Steve Kerr and other sports luminaries. This has nostalgia value for those who were around for the MJ era, and is also the first look at Jordan’s heyday for those who are younger, and mostly know Jordan from Space Jam. I’m in the former camp, and let’s just say I rewound the part with the Alan Parsons Project player intros more than once.

We do, though, get that cliched soundbite from a former Bulls executive who talks about how Chicago fans are “tough” and “blue collar,” a tiresome and ridiculous cliche which has probably been said about the fans of every team from every city ever featured in a sports documentary.

It’s also fascinating to see vintage interviews with old players who didn’t think Jordan could be a dominant player since he was a guard and “only 6’6,” which is just a ridiculous thing to consider now.

Jordan does not cooperate with sports documentaries often, although he did appear as a talking head in last fall’s 30 for 30 about Rodman. His interviews here are actually illuminating, in a way that’s not always the case for the often-opaque star. He’s open about both his feelings about Krause, and about his disinterest in doing drugs, when he started his career in the NBA’s notoriously drug-heavy early ’80s.

Even if it wasn’t the first mass-interest sports broadcast in memory, The Last Dance would a fascinating, impeccably produced project. I can’t wait to watch the rest of it.