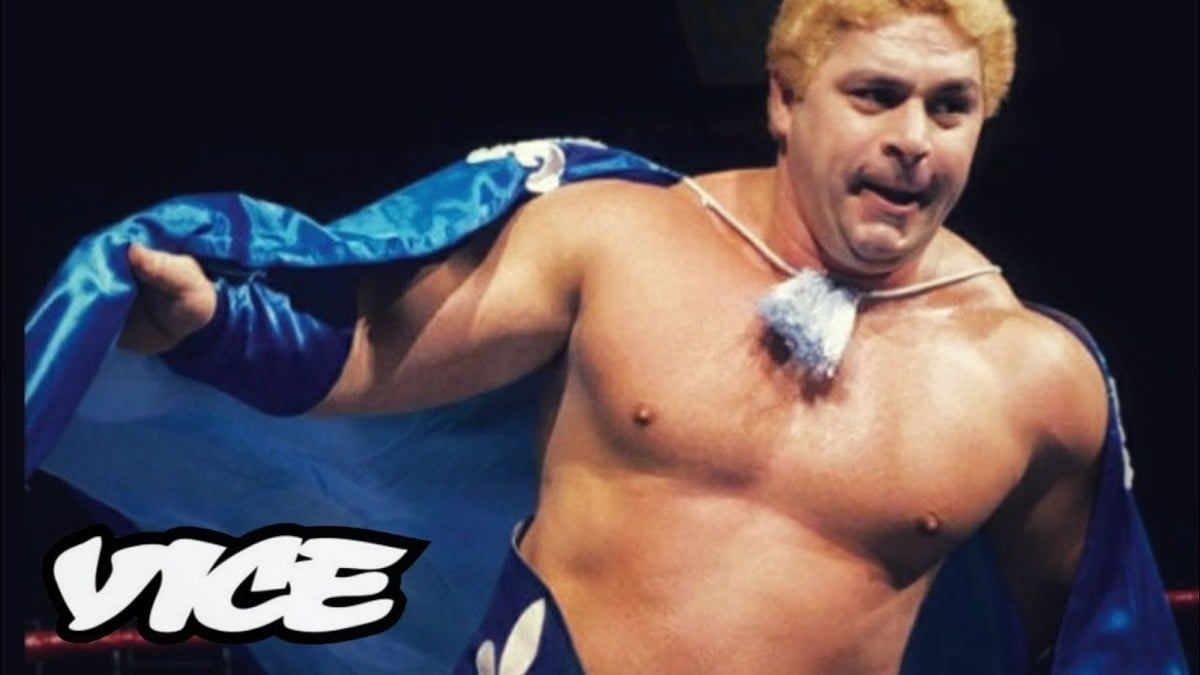 Dark Side of the Ring

The life and death of Dino Bravo is the kind of story from pro wrestling history that Vice’s Dark Side of the Ring was made for. It’s a story from nearly three decades ago that isn’t nearly as etched into wrestling myth as, say, the Montreal Screwjob or the Chris Benoit murders, but is nevertheless a fascinating tale that deserves examination.

Dino Bravo- real name Adolfo Bresciano- was born in Italy and both his real and ring names were distinctly Italian. But Bravo grew up in Canada, began his career in Montreal’s International Wrestling territory, and played up his Québécois roots in the ring.

During his WWF run, Bravo was known as the “Canadian strongman” which, during the age of “Panamian strongman Manuel Noriega,” made it sound like he was the dictator of Canada. He was one of many Canadian wrestlers in that period – along with Jacques “The Mountie” Rougeau and the Canadian Earthquake- who got heel heat from insulting American audiences. Bravo’s manager for a time, Frenchy Martin, would even carry around a big sign that said: “USA is Not Ok.”

A notably muscular individual, even by WWF standards of the time, Bravo had a lengthy run as a WWF heel in the late ’80s and early ’90s, getting in the ring with the likes of Hulk Hogan, the Ultimate Warrior, and Hacksaw Jim Duggan and appearing at several Wrestlemanias. I have fond memories of watching Bravo wrestle at a house show in Minnesota circa 1990 when I heard one fan yell out “Dino Bravo, you suck!” and another shout “did you have your steroids today?”

While he wasn’t exactly the most respected performer when it came to work rate, Bravo stuck around in the WWF until 1992. And then, barely a year after his retirement, Bravo was dead at age 44. For a famous wrestler to pass away in his 40s is far from rare. But Bravo is the only wrestling figure I can think of who was (allegedly) murdered by organized crime figures in connection to his reputed involvement in illegal cigarette smuggling. Bravo’s murder, in March of 1993, remains unsolved.

Utilizing interviews with Bravo’s widow and daughter, a couple of Canadian promoters, an organized crime journalist, WWF managing fixture Jimmy Hart, and The Mountie himself, The Dark Side of the Ring documentary does a good job briskly telling the story of his career, from his failed attempt to bring the Montreal promotion south, to his arrival and run in the WWF, to the wrestler’s ill-fated descent into crime.

The documentary finishes with Bravo’s wrestling career at about the 20-minute mark, leaving the remaining two-thirds to cover the crime story. Even the actual death takes place with 25 minutes to go, leaving the rest for trying to figure out exactly what happened. Like most Dark Side episodes, the Bravo installment could have used another half hour to expand on things.

After Bravo’s release from the WWF, he found himself both broke and not really qualified for any other profession, which led him into work as a mob enforcer. He certainly had the physique for it, and it turned out a notorious reputed mobster, Vincenzo “Vic” Cotroni, was his uncle by marriage.

Bravo was shot 17 times as he sat at home watching hockey, and subsequent news reports made it clear that the killing had been mob-related, and connected to Bravo’s involvement in cigarette smuggling.  The documentary doesn’t solve the murder or anything, but it does include an old interview with fellow ’80s Canadian wrestler Rick Martel, who seems to have some inside knowledge of what happened.

There are great stories, about Dino’s daughter getting scared as a kid by Jake “The Snake” Roberts’ snake, and also of Dino getting the better part of a bar brawl with a player for the Quebec Nordiques.

On the minus side? Coverage of Bravo’s murder in the past has often pointed out that the early ’90s, when Bravo left the WWF, was around the time lots of his contemporaries, including Hulk Hogan, were heading to WCW, but Bravo never did, opting to remain in Montreal instead. This, for some reason, never comes up. And, once again, the reenactments. They’re terrible. The documentary, like all of the Dark Side of the Ring installments, would be better without them.

It’s not quite as ambitious as the Chris Benoit installment, but the Dino Bravo episode of Dark Side of the Ring is a worthwhile look back at a uniquely scandalous wrestling death.

ESPN’s The Last Dance Gets Off to an Incredible Start