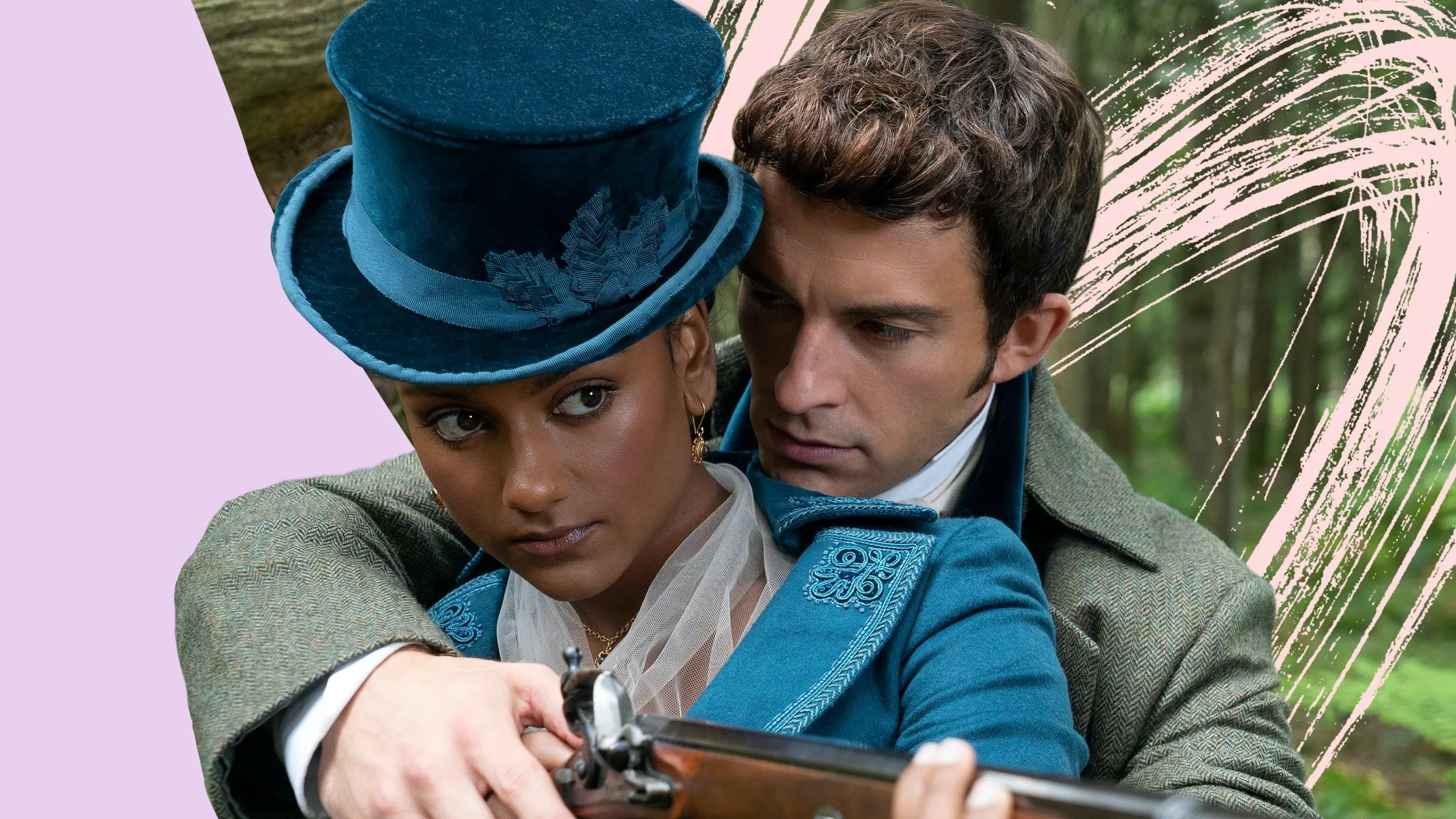 Put Simone Ashley in jewel tones for everything. Bridgerton is back with more balls, brighter gowns, and less sex. Yes, less sex. There is a lot of tension-building with heavy breathing, some hand grazing, and several almost-kisses. Every time Anthony Bridgerton (Jonathan Bailey) is around Kate Sharma (Simone Ashley), the heat between the two characters is palpable. Which salvages most of my frustrations over the season.

When Bridgerton first premiered in December 2020, it was easy to fall in lust with Simon Basset, Duke of Hastings (Regé-Jean Page). Regé-Jean Page’s star rose so quickly afterward that he now has so much work coming his way that he didn’t return for season 2. The show was not only sexy but smartly focused on the woman’s pleasure in the sex scenes. In general, it was also just a delightful watch; it was bright, campy, and featured tons of frivolous empire-waist dresses. There was a great romance storyline and a couple of B-plots that were entertaining. It was a joyful distraction from a December of monotony for many.

The second season had all the makings of being just as good as the first. This season focuses on Anthony, the eldest Bridgerton sibling, who decides that it’s high time for him to find a wife. To be clear, he does not want to fall in love. There is way too much potential for pain. On paper, Kate’s sister Edwina (Charithra Chandran) fits the role perfectly so that’s who Anthony courts. Unfortunately for Anthony, after their father’s death, Kate is the one who stepped up to manage their family interests, including deciding who Edwina will marry.

Even for those who haven’t read the Bridgerton books, it becomes clear that Anthony and Kate are the ones really meant to be together. They’re both prickly, stubborn, and have similar backgrounds and resulting traumas that allow them to deeply empathize with each other. In the book, the leads are forced to marry due to an absurd scandal. Fans of the books will note the scandal is partially replicated in the series, but things quickly veer away from the book afterward.

Thanks to another scandal in the first season, Simon and Daphne Bridgerton (Phoebe Dynevor) were wed by episode 5. They then proceeded to have sex all over manicured English mansions and lawns to violin covers of contemporary music. Julia Quinn, the author of the Bridgerton book series, typically uses a scandal to force the lead characters together halfway through the book. It’s Regency Era England so the relationship really begins developing after the wedding, certainly not before. That means the fast half is tension. The latter half has the release until inner turmoil, past traumas, etc. forces the leads to reckon with their love for one another and move forward.

A television show is a different medium than a book. When a book is interpreted and changed for the screen it doesn’t have to follow the original storyline. In fact, I think there should always be some differences. In this case, I think the writers of season 2 should have adhered to at least one more thing from the book – get the couple together earlier. Anthony and Kate have excellent chemistry from the get-go. It would have been a more exciting romance if there was more time spent with them together as a couple.

The season is still wholly enjoyable, and I was surprised to find I didn’t miss Regé-Jean Page’s face. Jonathan Bailey steps up his smolder. The side stories with the supporting cast could have been done with a bit more dramatics. It was hard to stay entertained with Eloise or Benedict. I hope Benedict or Eloise are gay or bisexual in the television adaptation, but this season left me confident the writers will not be doing that with Eloise’s character. There’s still hope for Benedict! Penelope’s secret-keeping isn’t going very well which was interesting to see. The most intriguing B-story is about Lady Featherington (Polly Walker) as she navigates the social scene with a new Featherington heir. It helps that I would watch Polly Walker do anything.

Bridgerton might not have the same cultural impact the second time around, but it’ll keep people occupied for a couple of days. After the success of the first season, it was greenlit for three more seasons. There is time for the show to continue playing around with the characters and how their various relationships progress. This time around it was good, but I think it could have been great.

Moon Knight Dashes and Deceives With its Premiere Episode