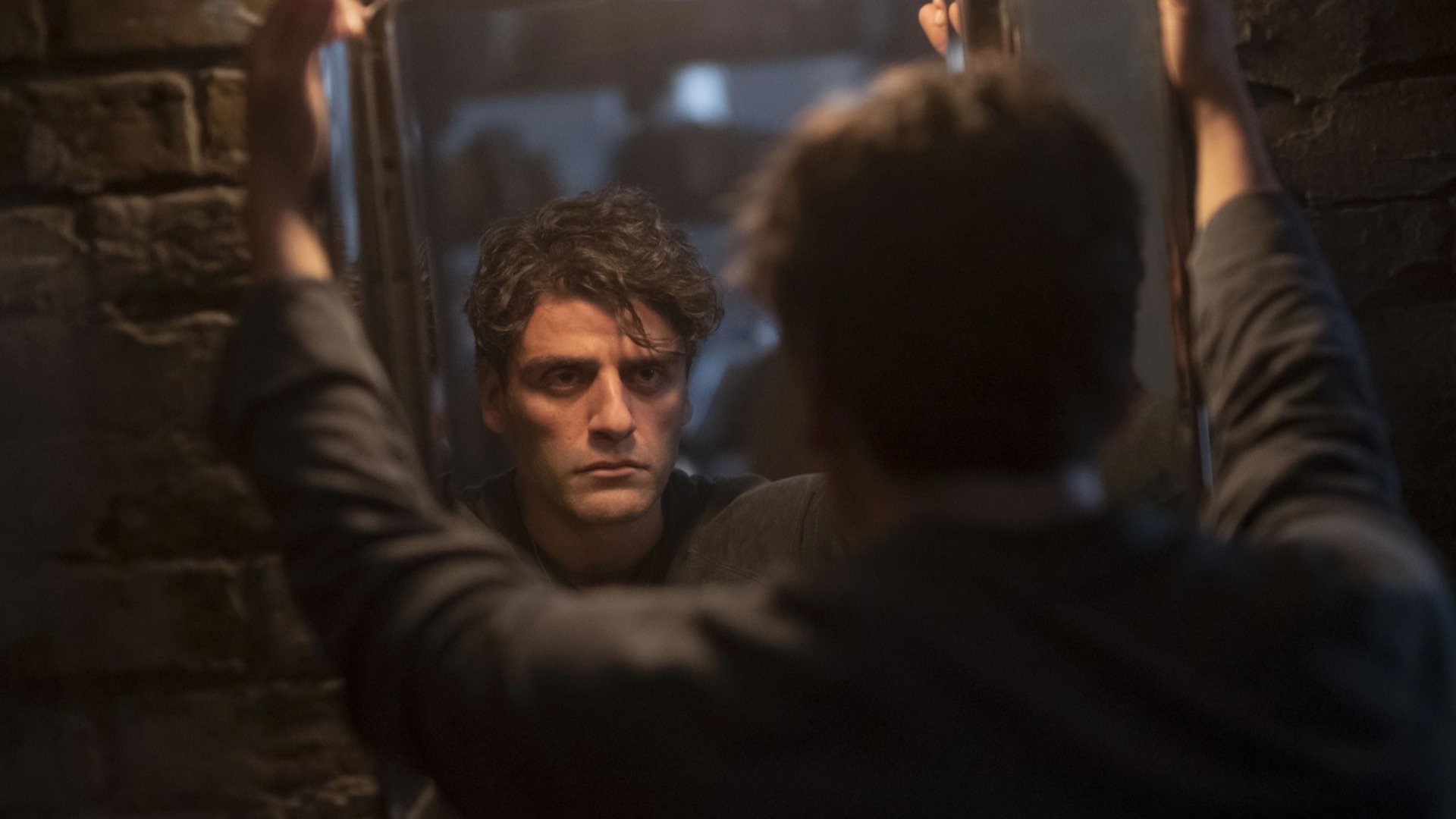 Back after Hawkeye‘s holiday high note, Marvel Studios’ first Disney+ series of 2022 has arrived with a promising first episode that will be followed by one of two routes. Moon Knight is either destined to be a thrilling psychological and horror-centric mystery or an unsystematic mess of ideas. At its best, Moon Knight’s premiere episode “The Goldfish Problem” is engaging, eccentric, and oddly stylized enough to keep viewers coming back next week for more. While it surely will be worth the time of every fan of the original Marvel comic book character–and perhaps even some non-Marvel fans–Moon Knight undoubtedly has a lot to prove in its coming weeks as the show actively attempts to get confusing. With a slow opening, exciting second act, and a thrilling final note that will surely have longtime fans of the superhero hooked, Marvel Studios’ newest entry in their never-ending phenomenon strays and sticks to the norms of its company’s other popular endeavors. Moon Knight gently dashes and deceives.

Set in modern-day London, “The Goldfish Problem” pulls the spotlight away from any caped crusaders in leather costumes and drawn-out action sequences to focus on the psychological challenges the show’s protagonist faces–and surprisingly viewers too. Without any spoilers, after a long period of abnormal occurrences, gift shop employee and interested scholar of Egyptian culture Steven Grant (played by Oscar Issac) finally realize that his dreams and anomalous sleep patterns are the work of another individual he has no understanding of. Waking up at the wrong place at the wrong time leads Steven to meet two mysterious entities that are unwillingly taking control of his body. As he is forced to help one of these inner voices known as Marc fight for their lives, Steven slowly sinks into his twisted reality.

Moon Knight’s premiere comes off as an episode that perhaps should have debuted alongside another entry or two–if you are the type of viewer who tends to wait to bing shows in their entirety, there is a good chance that this particular Marvel series will be worth skipping out on until the finale approaches. Moon Knight’s greatest strength and weakness in “The Goldfish Problem” revolve around just how much the episode pushes onto the viewer. There are a lot of fascinating mysteries going on, but many feel as if they could be introduced over the course of more than one episode. Without a back-to-back premiere to double down on the show’s premise and intricacies, Moon Knight’s opening can feel way too overwhelming and even unfulfilling at times. The show’s confusing aspects rightfully stem from a lack of answers, but overshadowing an intriguing line of mysteries is a show with currently only two interesting characters.

Rather than focusing on who Steven Grant is, Moon Knight locks in on what is happening to the character. Between the mysterious monsters, multiple personalities, dark deities, a girl named Lyla, a magical goldfish, important McGuffin artifacts, and supernatural powers, the show feels as if it can be juggling too much for its own good as it spends nearly its whole runtime introducing more enigmas to be solved in future episodes. Luckily, the writers are able to keep all the madness together by wisely focusing on practically only two key players–one of which is actually three in one, but “The Goldfish Problem” is already efficiently building upon the concept of its protagonist.

Steven Grant starts out as a stereotypical loser that later unfolds into a more fascinating protagonist due to the other two egos that haunt him. There is clearly more to ‘the idiot’ than meets the eye. Yet once again for Marvel Studios, the long-term payoff is going to be key in ensuring that Oscar Issac’s hero is not just another general slate to fill. On the subject of Oscar Issac himself, the actor is doing a great job creating a complicated facade for his superhero–without him, the whole first episode would probably fall apart. At first, the lead actor’s fake British accent can feel distracting, however, once all the puzzle pieces and bread crumbs start falling rapidly it’s easy to appreciate what he is actually doing for Moon Knight. Attentive viewers will quickly pick up when the star switches between accents for his identities to create multiple personalities. Even if two of the personalities may not be present in the flesh, Issac’s demeanors and mannerisms as the bumbling and cowardly Steven Grant work as a proper vessel for the driving characters.

Aside from the titular lead, there is no other actor that pushes Moon Knight to glory like Marvel Studios’ other Disney+ show premieres. Had Issac not been carrying all the weight with his multi-layered hero, the only other actor in “The Goldfish Problem” to highlight would be Ethan Hawke’s clear-cut villain Arthur Harrow who only shows up multiple times for some peculiar monologues that drop a few breadcrumbs. None of the other characters introduced that are involved in Steven’s life throughout “The Goldfish Problem” are interesting. Harrow is driven by the supernatural and philosophical ideas of stoicism. Like his adversary, hopefully, he will prove to be a foil with originality rather than another antagonist fill-in. To play devil’s advocate though, maybe his lack of real intimidation is because he is not a complete villain–perhaps in this iteration of Moon Knight, the hero and his personalities may find themselves in a moral complex that will push Issac’s dorky Londoner to new heights. After all, the supposed hero is slaughtering his enemies left and right without any currently known motivation.

That’s where “The Goldfish Problem” strengthens first impressions of Moon Knight though; by not entirely sticking to the typical Marvel storytelling rhythm. The show looks to be bent on using plenty of cuts and jumps to mess with its audience for a while until Steven Grant is ready to accept his full persona. “The Goldfish Problem” is chock-full of blindspots that viewers do not understand, yet neither does Steven Grant. Sometimes a lack of seeing events or having preconceived ideas can hinder the core elements of a story, but considering Grant is just as confused as the viewer, the events naturally work as both the hero and audience are in the same boat together. This style of storytelling can potentially be used to surprise the audience on more than one occasion in the future. Marvel Studios set the stage for a golden opportunity. It’s just a matter of how they use it that will affect Moon Knight’s first live-action run.

Moon Knight’s first episode was purposefully crafted to be confusing and deceptive. It introduces a lot of distinct concepts and mysteries while not exactly focusing enough on giving its cast a proper first outing. “The Goldfish Problem” is a curious start to Oscar Issac’s return to Marvel’s cinematic endeavors as a superhero that will hopefully only bloom next week. Moon Knight as a whole will have to prove if it can efficiently blend together its genres with complex characters. Like some of Marvel Studios’ other shows such as Loki and WandaVision, Moon Knight is evidently banking on a strong future payoff as its almost slapstick-esque psychological horror combined with heaps of action and littered mystery sets the stage for an engaging narrative.