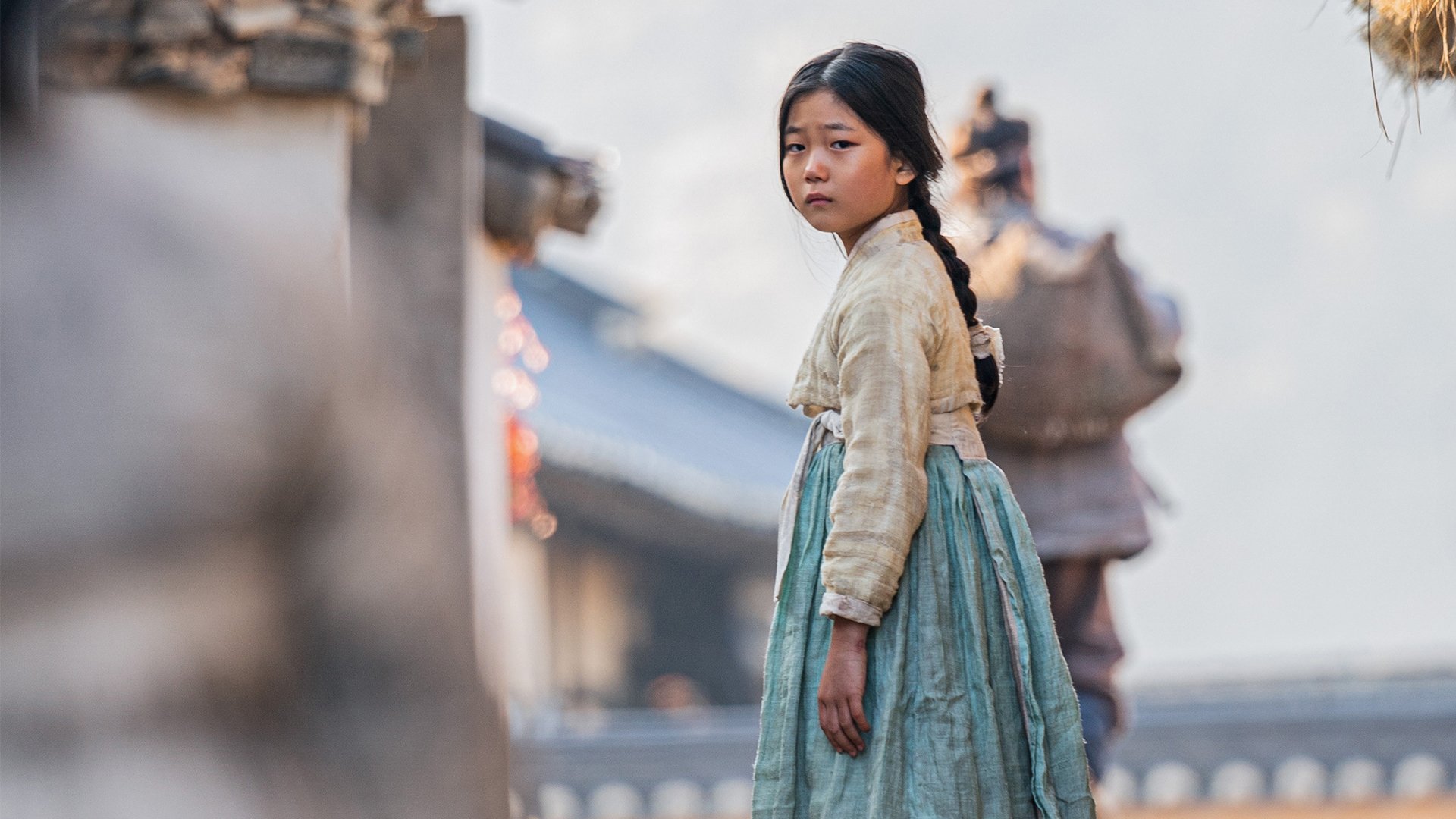 Around a small table in the Japanese-occupied Korea of the early 20th century, a buoyantly drunk fisherman defiantly expounds on his desire to bash his country’s occupiers with a rock. Those around him grow quiet and uncomfortable with the direction their sing-song supper has taken. Their worry isn’t solely from the Japanese authorities catching wind of the man’s subversive diatribe, but for the hate engendered in the man and where that will lead.

Though much of the first episode of Pachinko takes place in the past, the show is most concerned with the future – with the next generation. Two storylines from both ends of the 20th century are connected by a single character – Sunja. As such, she is portrayed by three actors: Yu-na Jeon as young Sunja, Minha Kim as teen Sunja and Minari star Youn Yuh-jung as older Sunja. The episode jumps between two temporalities: Sunja’s youth in 1915 and her grandson Soloman’s (Jin Ha) return home in 1989. The two storylines introduce each protagonist’s era and the characters that populate them; both tied together beautifully by director and executive producer Kogonada.

The 1915 story begins in Korea during the Japanese occupation. Sunja is born to humble parents who operate a small boarding house. She’s a joyful and curious girl, sweet but savvy. Young Sunja plays with dragonflies in a field and helps one of the residents of her parents’ house bargain for a better price for his fish at the market. Her father keeps a close eye on her but allows enough distance to explore. When she was born, he made a promise to keep the ugliness of the world from touching her.

Young Sunja is presented as a fragile nymph– her very existence is a minor miracle as her parents previously lost three children before their first birthday. We, like her father, are aware of the countless perils of the world and want the innocent girl to stay as far from them as possible. When Young Sunja dives for abalone, her father holds his breath along with her as she swims away from the sea’s surface. When he finally exhales, gasping for air, Sunja is nowhere to be seen until moments later when she emerges excited and triumphant at her haul. Like any child, her surprising capabilities only make her more endearing.

Director of Photography Florian Hoffmeister captures the natural splendor of Korea as a pure and vibrant backdrop, one that matches Sunja. The dark uniformed Japanese authorities present a threatening front like dark clouds in the sky– a foreboding menace evocative of Nazi soldiers or the East German Stasi. Their mere presence casts a dark pall over every scene they enter. All life ceases as the Korean citizens, by decree, must stop and bow their heads in their presence. Only when they pass can the subjugated people continue with their lives. A gorgeous score by Nico Muhly works hand-in-glove with Hoffmeister’s cinematography.

When we jump to 1989 we follow Soloman, a Yale-educated successful businessman climbing the corporate ladder at a financial firm in New York. Despite his stellar record, two of his white superiors deliver the news that this “just isn’t his year” for an executive promotion. The quick-thinking Soloman pitches the two men on an idea that he’ll be able to close a deal in Japan and, if he does, he’ll get the promotion and all the corporate bounty that comes with it. His pitch is hinged on the fact that both he and the client are Korean, a fact that comes as a surprise to his superiors who thought he was Japanese because it’s where he grew up.

Soloman’s return to Japan is his first in some time. He visits his family in Osaka where his father runs a Pachinko parlor. It’s at his childhood home where we meet older Sunja. Youn returns to the role of grandmother familiar to western audiences from her award-winning performance in Minari. While cooking together, Sunja warns Soloman that Japan isn’t safe for Koreans– a fact that is teased when Soloman receives aggressive stares upon entering the Tokyo office of his firm.

Pachinko, which is based on the book by Min Jin Lee, makes clear the distinctions between Korean and Japanese for the western audience. All titles are displayed in English, Japanese and Korean. The subtitles separate the Japanese and Korean languages into differing colors. We can actually see Soloman speaking a mix of Korean and Japanese to Sunja while his colorful and boisterous stepmother speaks solely in Japanese.

The distinctions between what is Korean and what is Japanese are an important theme to the show. There is always a tension between the two whether it’s in the character dynamics or the actual text.

Kogonada and fellow director and executive producer Justin Chon are both filmmakers who traffic in Asian identity. The two recently worked together on the transcendent After Yang, which explores Asian identity within the context of science fiction. While Kogonada took the reins on the first episode, they share directorial duties throughout the season. What’s clear in the first episode is Kogonada’s focus on environmental details and character over plot, reminiscent of the work of Terrance Malick and Andrei Tarkovsky.

The first episode sets up some scant plot details but is more concerned with the audience’s investment in the story’s characters, particularly Sunja. It’s undeniably successful as I cared for young Sunja as if she were my child. There is no plot-driven, melodramatic cliffhanger that jolts the end. Rather it feels as if we are cast off on a rowboat that will span the eight episodes. Each temporality is a bookend that makes me want to know how Sunja’s life fills the chapters that connect the two. This is not the type of show that’s going to start off with a bang but rather one that draws your deeper and deeper into its world. Given the track record of those involved, I’m prepared to emerge wholly gratified.