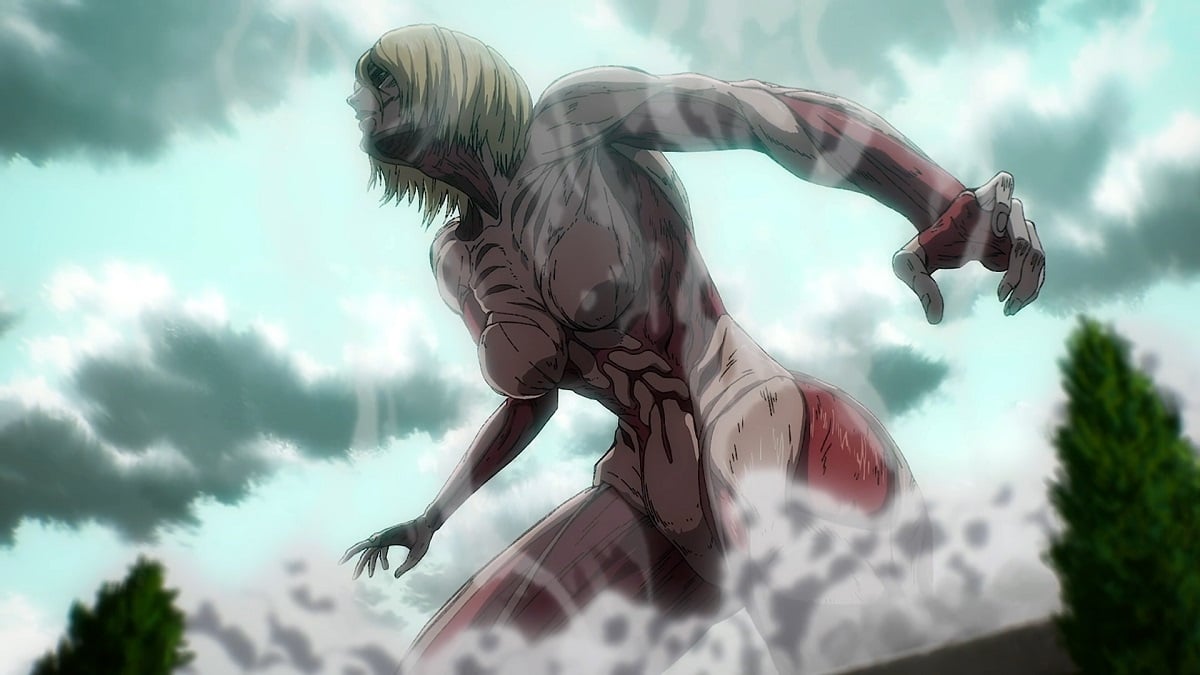 When Attack on Titan goes all-in on the action, you can always expect one hell of an episode, and that’s what we get with “Retrospective.” As the alliance of fugitives and traitors take on the Jaegerists to seize the port and go after Eren, the penultimate episode of AoT goes out on a big high with real emotional resonance.

We finally got the answer for who saw the scouts leaving that day, and it’s Commander Shadis. It’s a good thing he did, too, because his bold sabotage of the train carrying the reinforcements was one of the many valiant sacrifices that narrowly won the day for the scouts.

Everyone put everything on the line in this episode of Attack on Titan, but it’s Floch, Shadis, and Magath who paid the highest price. All three went to their deaths with their convictions fully intact; all three gave it everything they had. The most shocking of the three, though, was Floch, shot down by Gabi just before he could blow a hole in the escaping frigate.

In retrospect, these are relatively easy deaths to handle, natural ones even from a storytelling perspective. Still, I’m a sucker for a good suicide mission, and Shadis and Magath giving their lives to safeguard the next generation is a powerful and meaningful sacrifice that offers these two old killers a chance at some redemption.

This is without even getting into the gloriously animated and tensely frenetic battle scenes that carry the episode through. Not since “Assault” have we seen an episode with action this tightly planned and succinctly animated. The flurry of scout on scout battles, bodies blown apart by gunfire, and titans tearing humans apart like rag dolls and smashing them like bugs all along the way was like watching a ballet of brutality.

Though there were tons of standout moments, the one that made the most significant impact was Mikasa cutting down a pile of her former comrades before blowing the last two into meat confetti. The visual of her standing stoically amid the raining blood of her former friends is one of the most badass shots in the entire show.

With the Hizuru, Gabi, and Falco finally given clear, discernible roles to head into the final episodes with, we’ve still got most of the main characters around for the series finale of Attack on Titan. However, how many will survive the final episode of the hit anime remains to be seen. Will Reiner and Eren have one last battle? Will Levi execute the Beast Titan at last? And, finally, can the world actually be saved by what’s left of this motley crew?

The series finale has a lot of work to do, and we’re going to be waiting with bated breath for it, especially since it’s going to be delayed by one week. With the stakes this high and enough adrenaline to power a Hizuru cruiser, it’s going to be a long two weeks until April 3rd.

The Best Episodes of Malcolm in the Middle