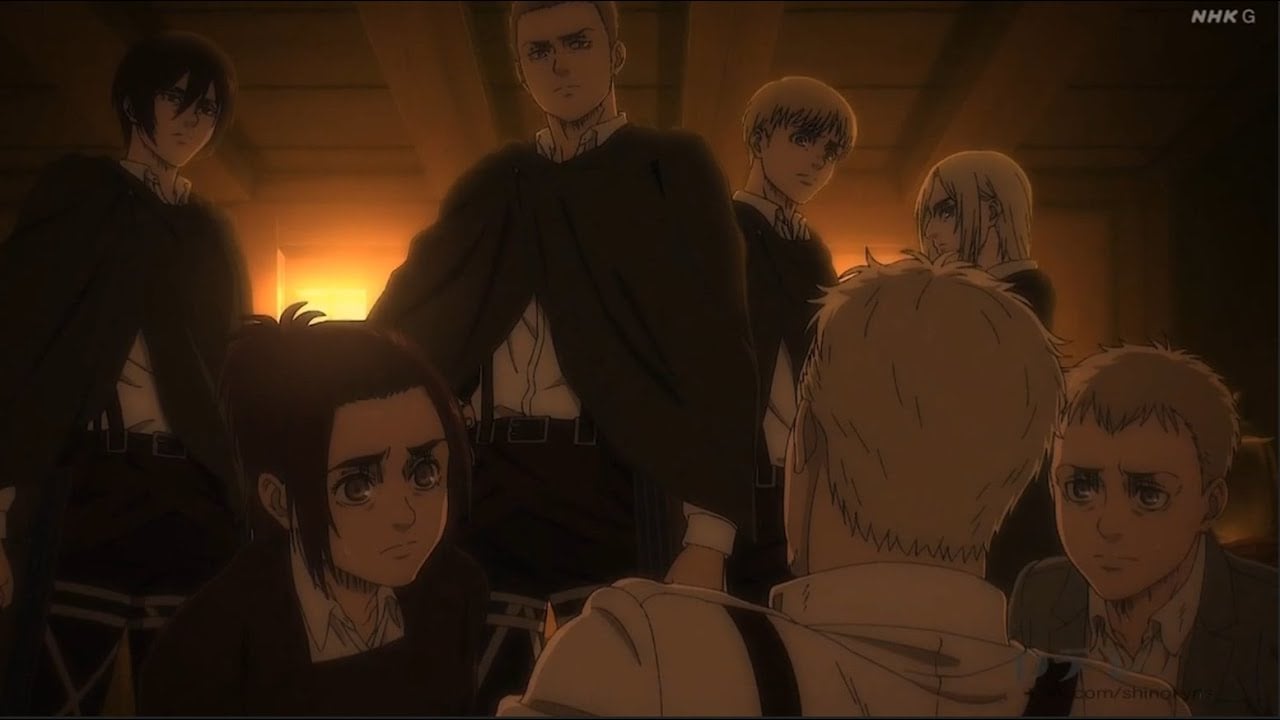 As Attack on Titan enters its final batch of episodes, the hit anime is making good on a lot of long-held promises. With the Founding Titan Ymir and her backstory revealed and Eren having initiated The Rumbling, another surprise has come with Annie emerging from the crystal at last.

The fact of Annie’s return is something fans have been waiting on for nearly 60 episodes, and Attack on Titan doesn’t hold back on giving Annie her own storyline, even as the end of the world looms off in the distance. Emerging from the basement at last, Annie teams up with Hitch to escape to safety, but her plans are upset when she runs into Armin and Conny.

Like with Gabi and Falco, it’s now become clear that The Rumbling is just too much to ignore. Old grudges must be forgotten if there’s going to be a world worth saving after the dust and ashes clear. As expected, Annie has fallen in line and joined her former comrades after listening to the words of Armin and Hitch for four years.

Now they’ve even got Reiner with them. Onyankopon and Jean have joined the effort to stop the end of the world, as have Magath, Pieck, and… Yelena? Well, that remains to be seen. “They wanted you alive” are ominous words indeed for Yelena’s fate to turn on, but we won’t find out what her place in the final plan will be until next week.

Still, with a united front, earned in no small part from Armin’s suicidal gesture to Falco and Jean’s duplicitous actions with the Jaegerists, we have a dream team of surviving characters from Attack on Titan, including a badly injured Levi and a crestfallen Hange.

Though the marketing has suggested a final showdown for Levi and Zeke, as well as Eren and Reiner, the current layout of the chessboard seems to make that all but impossible. Zeke is trapped by the Founder while Eren soars through the skies as her vessel. Meanwhile, Levi can barely move, and Reiner may no longer have access to his abilities as the Armored Titan at all.

Still, we can scratch one grudge off the books, as Annie and Mikasa have joined the same side, putting their rivalry to rest. We don’t know what the plan to stop Eren and The Rumbling is, but it seems like the final battle might take place at the Hizuru homeland. Otherwise, why were they even introduced? Of course, the finale could also take place in Marley, as that area seems to be closest, based on the geography of the world in Attack on Titan. In that case, could the Hizuru provide naval aid for the battle?

Either way, that leaves the Jaegerists and the many civilians who support them and Eren to factor into the remaining four episodes. We saw them celebrating in earnest the extinction of the rest of the human race, but how can things have gotten as dark as this? I mean, there’s no shortage of examples in human history of oppressed groups turning on each other but annihilation of billions of people is a different kind of retaliation altogether.

Onyankopon seems to see the irony, as his impassioned speech shows. “The only ones left are you Xenophobic shits?” he opines as he waits for the bullet. Yes, and that’s what the Eldians of both sides have been for the entire run of Attack on Titan, mindless pawns pitted against one another. Can they find peace at last? We can only hope for a conclusion that is so generous for both sides.