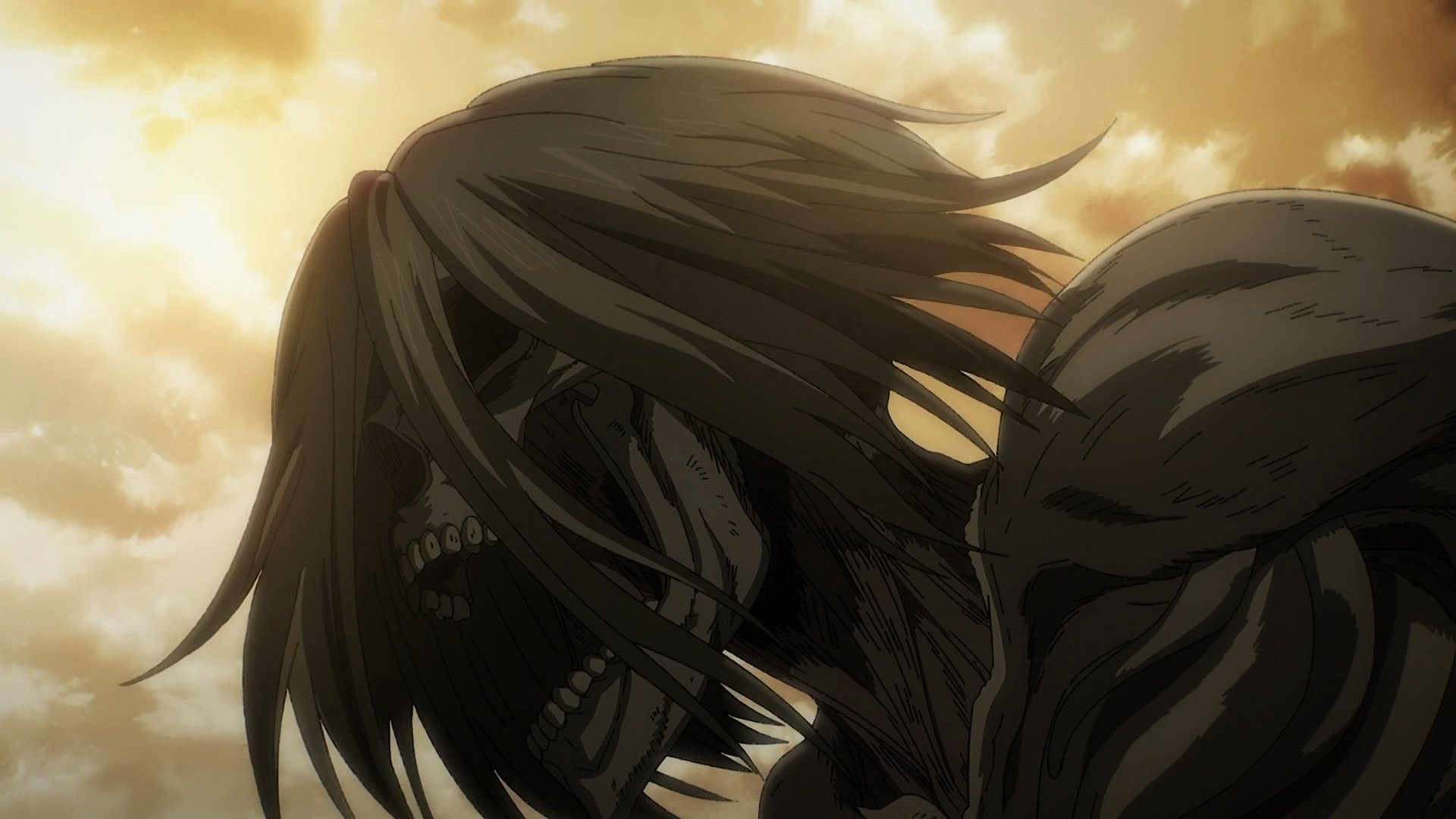 Ho-lee-shit. Eren actually did it. The Rumbling has begun, and Eren isn’t just doing a test fire to see if it works either: he’s going for broke. Remember at the end of season 3 of Attack on Titan when Eren asked if they could have peace by killing their enemies? Well, it turns out that means every non-Eldian on the planet.

It’s a bold choice to damn a character who was just starting his path to redemption, but it seems that Eren is resolved to murder the rest of the people of the world if it means that Paradis and the Eldians can finally be left in peace. Since no key characters were killed off when The Rumbling was unleashed, it’s still possible that Attack on Titan could walk this back a bit next week, but regardless the world will never be the same after this moment.

After all, you can’t expect thousands of Colossal Titans storming across the Earth in all directions not to affect how this world functions from this point on. However, the biggest question this gigantic moment lays bare is what it will mean for the series’ biggest rivalries and the characters at the heart of them. Much of this final arc’s advertising has hinged on Eren vs. Reiner, Levi vs. Zeke, and so on. Since Annie still hasn’t returned, we could even have a final answer to the Mikasa vs. Annie question, which has been lingering since season one.

To say that this second chunk of Attack on Titan: The Final Season has been firing on all cylinders would be the understatement of the century, but there still remains much to resolve in the remaining seven episodes of the epic anime. As insane as this run of episodes has been, most of the key characters who survived the first part of this season are still around, and a lot of them are going to have some very extreme feelings about what Eren has done here.

The Marleyan titans and allies will almost certainly lose their family and friends to The Rumbling, meaning they will have more of an ax to grind than ever with Eren. Meanwhile, Armin’s Colossal Titan might be the biggest threat to Eren’s dominance at this point, as the always pragmatic scout fully disapproves of Eren’s choice to eliminate every non-Eldian in the world. Since we were just reaching the point where the three friends might be able to reconcile, it makes things all the more heartbreaking that they might find themselves at odds yet again.

But this begs the biggest question of all: can Eren even be killed as he is? His will spreads into the past and the future of this world, and his form has been altered in a way that seems nearly irreversible. Still, as the flashback-heavy, last couple of episodes have shown, even Ymir was once killed, if only in her earthly form. Will Eren’s penance be to serve as a slave alone in the desert of the Founding Titan? That depends on whether he can or will be killed at all.

Naturally, if there’s any rivalry that has become the absolute center of Attack on Titan, it’s the one that’s been brewing since Reiner revealed his treachery in season two. Will the sympathetic look we’ve had at Reiner see him becoming the hero of the series in its final hours? There are a lot of pieces left on the board here, and they will all be colliding very soon.

Ranking the Openings of Attack on Titan