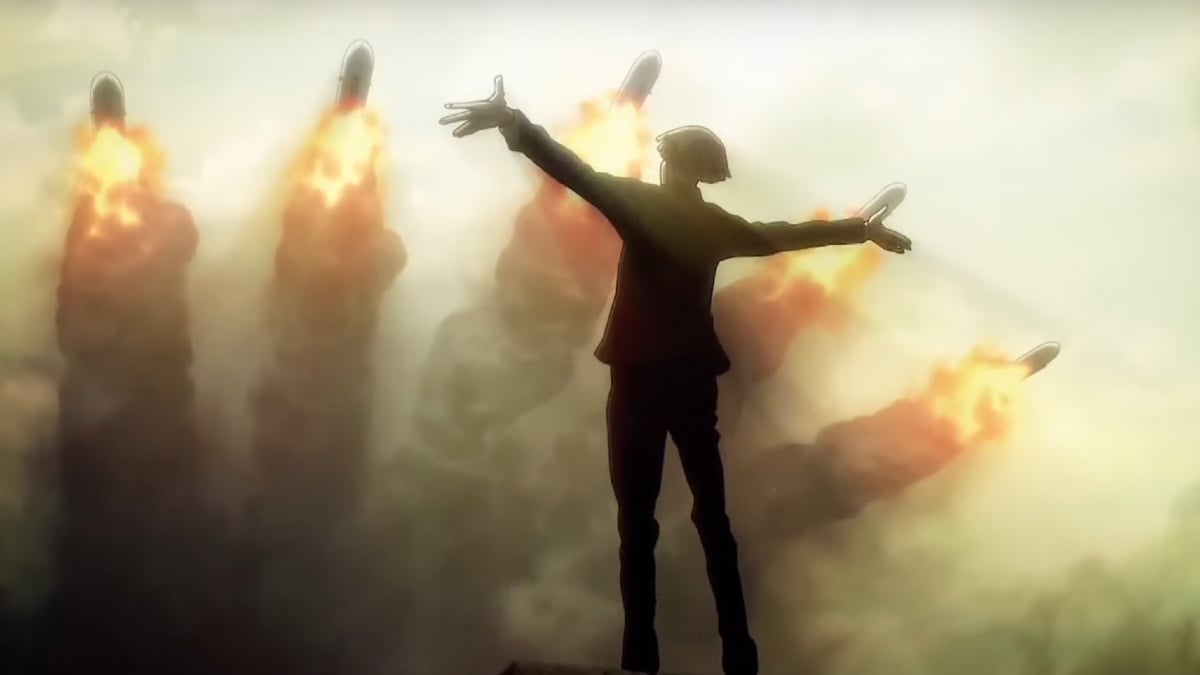 Attack on Titan just made one of its most epic episodes ever. Since the start of the second part of season 4, things have been moving miraculously fast, but “Two Brothers” takes that to a whole new level.

The fact alone that Zeke did the scream was enough to justify the price of entry. A plot point that had been simmering in the background for many episodes has been made good on, and many characters have been turned into feeble-minded titans for good. Commander Pyxis and Falco are among them.

Falco as an abnormal is a surprise, but the bigger shock comes when he eats Galliard, signifying the absolute end for at least two characters in this episode. It seems like a given that Falco will inherit the Jaw Titan as a result, just like Ymir did before him, but what does that mean for Marley?

While Falco has shown when possessed of his mind that he’s nearly a non-violent pacifist, will his love for Gabi spur him into more intense emotional upheaval yet? He will be at a severe crossroads soon, perhaps even in the next episode of Attack on Titan.

Commander Magath appears to be dead as well, though that one is yet to be confirmed, and with the scream from Zeke having laid untold tumult through all of Shiganshina, we’re down for at least two more episodes just dealing with the echo effects of that moment alone.

The gloriously animated carnage that ensues more than pays off the excitement of the moment, with hundreds of lightning blasts occurring in tandem and dozens of humans on both sides made into meals as a result. It would even be the most cinematic moment of the episode were it not for the slow-motion decapitation of Eren Yeager.

In one of the most intense moments ever, Eren races for the downed Zeke only to have his head blown from his body by Gabi’s heavy artillery gun. The happenstance that sees it still land in Zeke’s outstretched hand might be a bit much to swallow, but the frozen city that follows is a sight to behold.

Every essential character is captured in their final slow-motion action or reaction shots as Eren is seemingly killed somewhere nearby. The scouts come to Eren’s aid not once but twice, and with Armin not even releasing the Colossal Titan, who knows what could be coming next week.

Of course, this is without even getting into the metaphysical shenanigans of the moments that follow Eren’s decapitation. As Zeke and Eren share a conversation in a dusty wonderland where the true Ymir resides, Eren reveals that he is, in fact, a double agent, confirming Armin’s (and many fans’) theories that this has always been the case.

However, with an unknown amount of time having occurred while the brothers spoke on the other side, we don’t quite know how much has happened in their absence. To do another time jump would maybe be too much at the moment as there’s so much left to unpack from these last two episodes.

Either way, with Zeke and Eren, set to face off, skull to skull, anything could happen next week. What Ymir’s presence means and what will happen on both sides of reality next week are going to be life-changing events for the remainder of Attack on Titan.