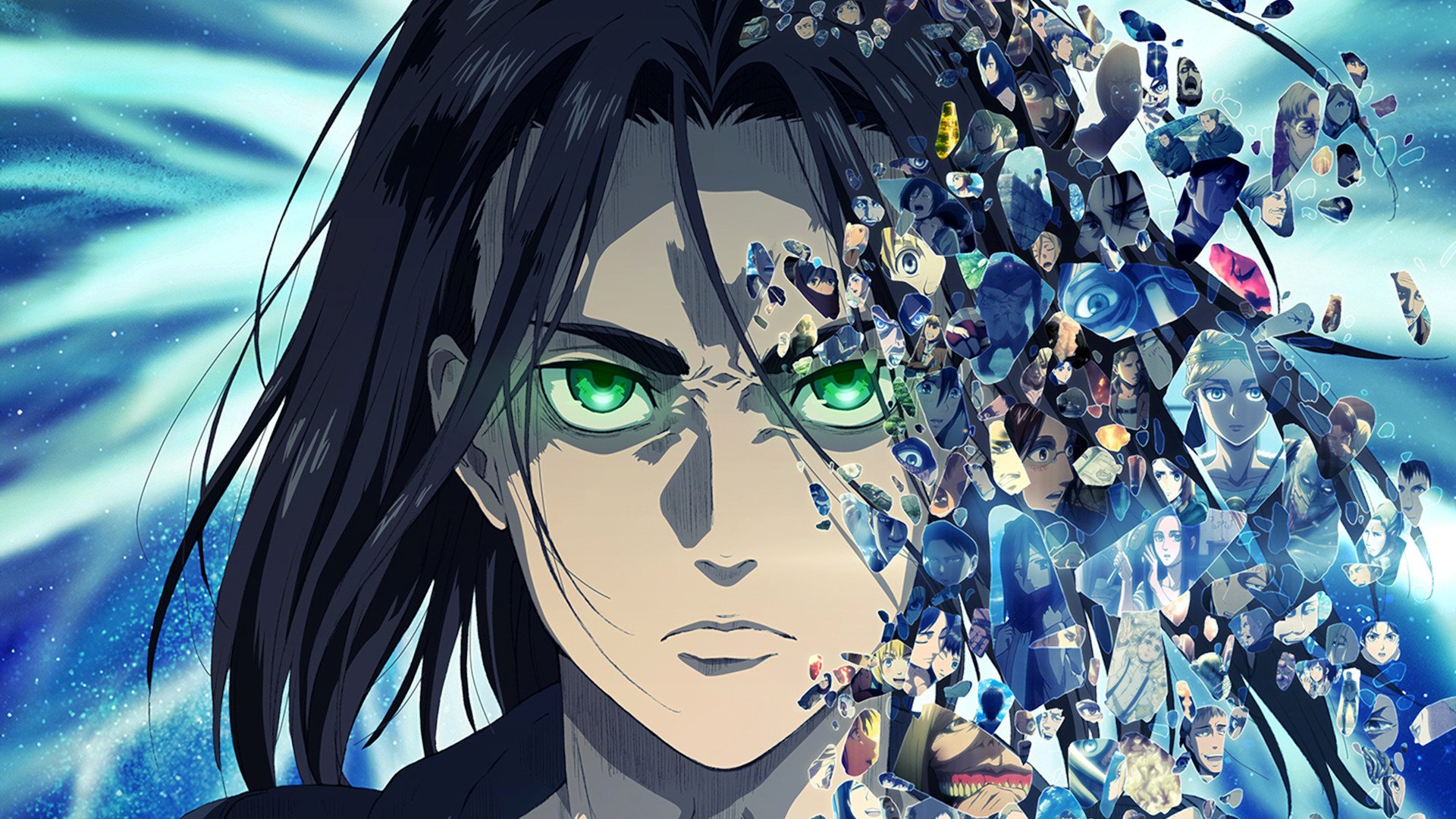 By this point, Attack on Titan has made an art out of teasing out its cliffhangers for the exact right moment. It’s like the Lost of anime, a comparison that will no doubt rankle some and worry others. To be sure, though, like Lost and Game of Thrones before it, there are few shows with as much riding on their final run of episodes as Attack on Titan has in the second part of its final season.

As expected, there’s a lot of table setting for this season premiere, but fortunately, it’s punctuated by a ton of epic action. We begin with the aftermath of Zeke and Levi’s third showdown, with Levi dead or dying and Zeke being rebirthed from the guts of a titan. The dream sequence in which Zeke’s body is rebuilt suggests the will of Ymir might still be alive and well, but what does that mean for the scout version of Ymir we’ve come to know in the present?

Though Hange claims that Levi is dead, I think we all know that’s shenanigans. There’s no way there isn’t going to be one final showdown between Levi and the beat Titan but how Attack on Titan will address that grudge match remains a bit of a mystery. Only a significant recovery time could make Levi ready to fight again, and we really don’t know how much time is left.

Still, the fact that Hange and Levi are safe from the Jaegerists is a happy accident, even if the unkillable Zeke lives to fight another day. Speaking of grudge matches, after the opening and the rocking metal new theme song, we’re back at the cliffhanger from the previous section, with Eren facing off against Reiner and the Marley enemy forces.

While Eren is initially outnumbered by the Jaw and Armored titans, he is able to squeak out of trouble by using the War Hammer titan for the first time. By now, we know that Attack on Titan operates on professional wrestling rules in that every time there’s a sure victory for somebody, someone else is going to show up to disrupt it at the last minute.

This time it’s the Cart Titan who, along with Magath and a powerful new tank rig, are able to blast Eren to hell right before he can take down Reiner and the Jaw Titan for good. However, even as the titan battle reaches a temporary stalemate, the soldiers of each side take each other on in their stead.

It’s a true massacre for Paradis as their scouts are decimated by the Marleyan artillery but with Onyankopon going for reinforcements from the brig, the moment of truth comes at last. If Armin has approximated that Eren is indeed a double agent, chances are that he’s right. Armin has a pretty good track record for this sort of thing in Attack on Titan history, and it would make sense for Eren to still have some of himself in there rather than the series going full character assassination.

And again, based on the pro wrestling rules that this anime operates on, Eren’s final scream will unveil an escape from the assault of the Jaw, Armored, and Cart titans next week, when we see the ringside glimpses of what could be the final battles for some of the remaining titans in this series.