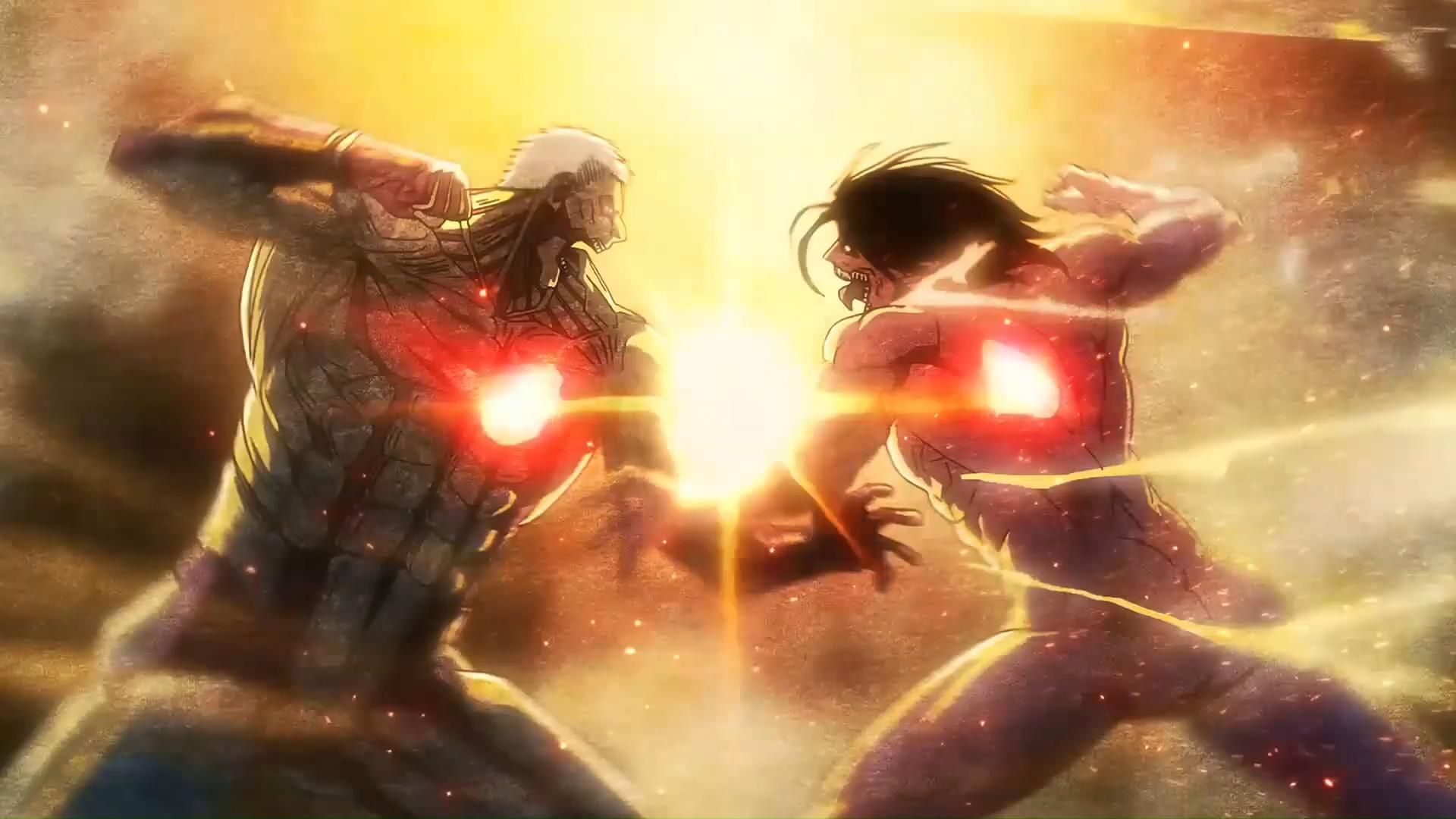 Attack on Titan is home to some of the most epic, adrenaline-pumping music in anime history. Its seven different theme songs are no exception, with efforts that range in scope and scale from high-concept operatics to more low-key and haunting songs.

In celebration of the final run of episodes in Attack on Titan: The Final Season, we’re ranking all seven openings from weakest to strongest. We’ll be highlighting the strengths of each song as we go, but only one titan can come out on top, so give your hearts and let’s get this party started.

It’s strange to think what is arguably Attack on Titan‘s most exciting run of back-to-back episodes has the least thrilling and exciting theme song of the entire series. “Shukei to Shikabane no Michi” is the 4th main theme song from the legendary Linked Horizon, but it just feels like their heart isn’t in this one the same way it was with the others.

Not to be too hard on this opening; it’s perfectly serviceable. The visuals just aren’t that inspired either, mostly just barely moving or still shots of characters and actions with sparkles coming off of them. It’s just so filled with echoes of the much better Linked Horizon theme songs that it’s hard to get pumped up from it, which is sort of a shame.

Now we’re on to the good stuff. The fact that an opening theme as rock-solid as “Boko no Sensou” is this low on the list is your key indicator of just how strong most of these songs are. The most haunting and doom-sounding of the seven Attack on Titan openings, “Boko no Sensou,” is set to images that suggest the rise of a fascist empire but also a coming reckoning for it.

With the chilling chanting style of its vocals and the horrible feeling of dread that they carry, “Boko no Sensou” perfectly lays the groundwork for the change in tone and locale that fits the first chunk of episodes in Attack on Titan: The Final Season.

The season two opening had some pretty big shoes to fill after the incredible 1-2 punch of the first couple of themes. While “Shinzo wo Sasageyo” may not be quite as pulse-pounding in its intensity, the inspiration that comes when Commander Ervin says that line (which translates to “Give your heart!”) adds a strong sense of emotional gravitas to the song.

This understanding also helps explain the visual style with the hearts of the characters and titans shining throughout the song. Though it culminates in a strange final image that sees The Beast Titan running with dinosaurs and blue whales (a possible reference to previous Beast Titans), the strength of the theme still holds true and starts every episode of season two off on the right foot.

By far, the most significant tonal shift in these openings comes from “Red Swan.” A mournful, melancholic opening that sounds more appropriate for a slice-of-life anime than an action-heavy shonen, “Red Swan” nonetheless suits the tone of the first part of the third season perfectly.

An arc that’s as heavy with childhood nostalgia as this one needs some heart, and “Red Swan” provides that in spades. Cut to images that juxtapose the hard-edged modern versions of the characters with their younger, more hopeful counterparts, “Red Swan” is the Attack on Titan take on a coming-of-age saga and, as such, it fits this run with incredible synchronicity.

The original and still a legend, Linked Horizon’s first and most intense Attack on Titan opening, sets the stage and tone of the show from the first seconds of its adrenaline-fuelled crescendo. It’s the perfect music to get you ready for some titan-fighting action, and that is, of course, the main focus of this first run of episodes.

With a beat that increases in speed and intensity as the song reaches its climax, “Guren no Yumiya” can’t help but quicken your heartbeat a little in anticipation of each new episode and goes down in history as easily one of the most unskippable anime openings ever. There’s just no fast-forwarding through this one.

What makes “The Rumbling” stand out from the pack is its heavy metal inspiration more than anything else, like with “What’s Up People?!” from Death Note, there’s just something so wildly exciting about a metal theme that it can’t help but pump you up for the latest episode. The discord between the soft lyrics and the metal screams is also a perfect blend for the images and scenes accompanying them.

Now, this might be a bit of recency bias. Those without affection for metal music might wonder at a placement this high, but “The Rumbling” sets such a menacing, scary, and dangerous tone for a final run where everyone is at war with one another that it’s just too good to be any lower on the list than second place.

Is this the most epic and heroic anime theme ever? As we said at the jump, all of the Attack on Titan openings are impressive, but none get you jumping up and down on your couch like “Jiyuu no Tsubasa.” Beginning with an operatic tone similar to a national anthem, this theme immediately slides into an electric guitar solo that amps things up to 11.

Finally, it switches back to a more cynical, vengeful tone before combining all three styles into a pulse-pounding climax that gets the viewer ready for some titan-on-titan action. Cut to the most surreal and chilling images in the series and some fantastic foreshadowing (I’m looking at you, Hange), “Jiyuu no Tsubasa” is absolutely top of the heap when it comes to Attack on Titan openings.