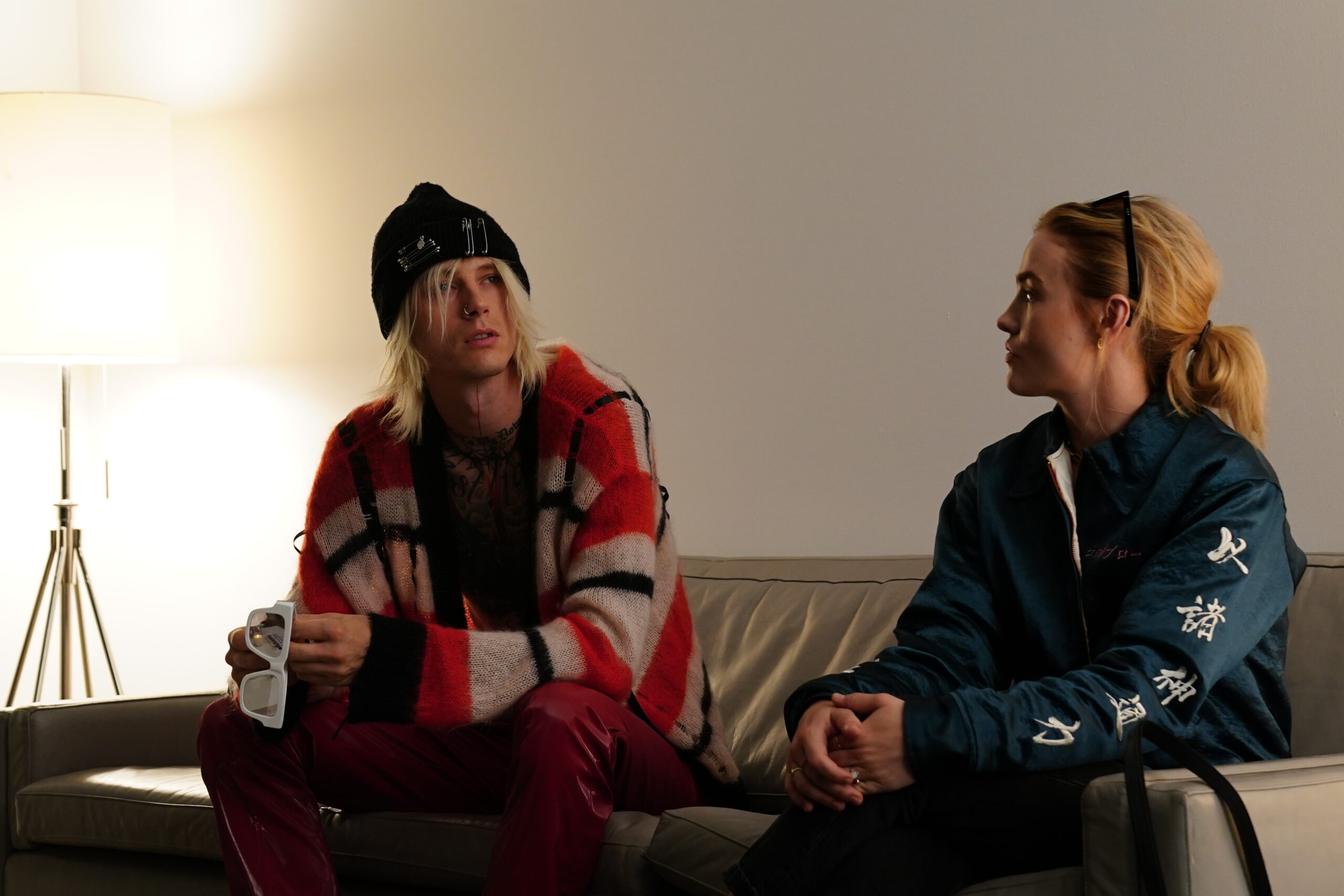 The biggest problem with Taurus? I had a really hard time spending 100 minutes with this guy.

The latest film from director Tim Sutton follows the life and downfall of “Cole,” a fictional, drug-addled rock star who bears more than a passing resemblance to the actor who plays him.

That would be Colson Baker, the musician, and actor best known as Machine Gun Kelly. MGK is someone I can take in small doses, such as when he showed up in Jackass Forever for five minutes.

The character also somewhat resembles Kurt Cobain, with the movie itself looking quite a bit like Last Days, Gus Van Sant’s Kurt Cobain movie that had one fewer ro·man à clef layer than this does; it’s also been alleged, very angrily, that the film uncomfortably resembles the last days of the late Mac Miller.

Colson Baker also played Tommy Lee — another real-life train wreck of the music business who’s not nearly interesting enough to justify his fictional portrayals — in one of those portrayals, the forgettable Netflix adaptation of Motley Crue’s scandalous biography The Dirt.

The new film, which played at Berlin and Tribeca before a theatrical and VOD debut this week, does offer some welcoming stylistic flourishes, and there are some notable performances in the supporting cast, from the likes of Megan Fox, Maddie Hasson, and Scott McNairy. The different women Cole spends the movie sparring with are all much more interesting than he is.

But ultimately, MGK’s lead character is so unbearably tedious that I just couldn’t stay with the film. It also doesn’t help that he spends the entire movie writing a song, and the song isn’t any good.

Tim Sutton, the director, previously made such indie movies as 2018’s very enjoyable Donnybrook, as well as Funny Face (2020), and The Last Son (2021), the latter of which also starred Machine Gun Kelly.

There’s also a subplot, involving a kid who we see shoot his parents, that not only flirts with bad taste but represents stakes and gravity that very much dwarf everything that goes on with the rock star character.

Like, what’s supposed to be so interesting here? That a famous person is a terrible mess who causes endless trouble for everyone around him, and we’re meant to ask if that’s a fair price to pay for artistic genius? That’s an old, old, old story, one made even less compelling by the character, from what we see of him, not actually being all that talented.