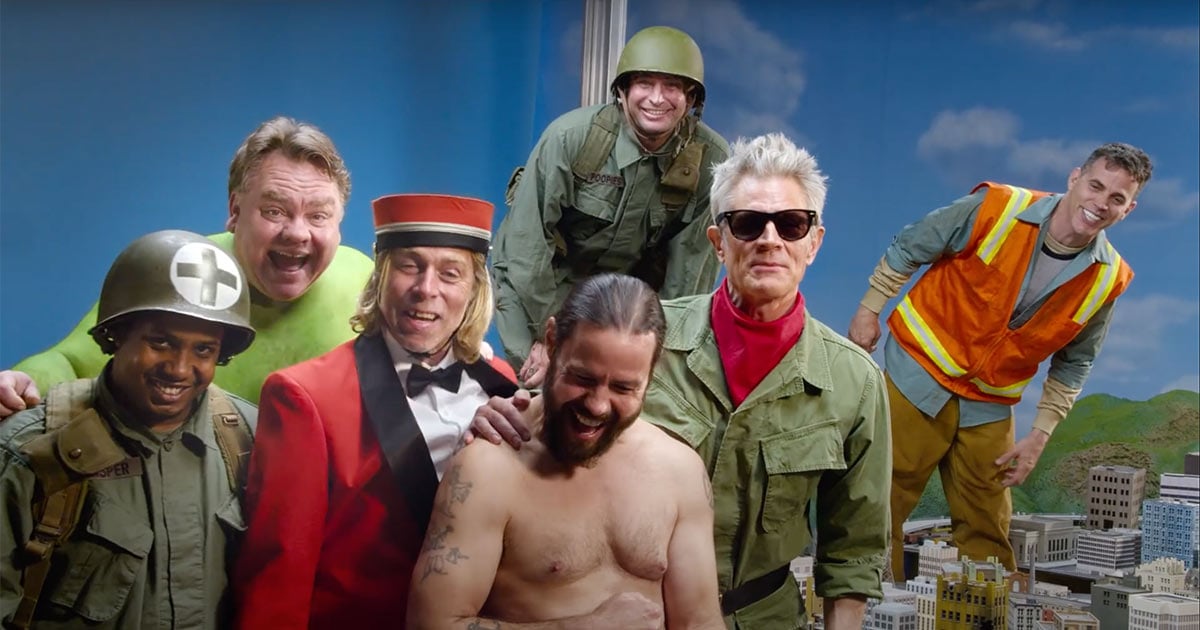 The resiliency of the human body sits at the forefront of the latest entry in the Jackass franchise: Jackass Forever. A testament to the imaginative ways humanity will find to entertain themselves, Johnny Knoxville, Steve-O, Wee Man and the rest of the Jackass crew find themselves up to the same painful but hilarious stunts in this slightly emotional reminder that everything is better with friends and family; even if it’s having your genitals flattened, crushed, and maimed in the most absurdly specific ways.

Perhaps the most central element of Jackass Forever isn’t the stunts or the cast; it’s the passage of time. The more senior members of the Jackass crew are not just veterans of their shenanigans, they’re also getting up there in the years and while most seem relatively ready to do stunts no sane person would perform, you can’t help but notice them falling to the sidelines for some of the more gnarly situations. The human body’s ability to heal from a severe injury is exemplified in Jackass Forever, but the stakes feel higher than they ever have before.

Thankfully, Jackass Forever introduces new members to the cast ready to take on some self-destructive mayhem. People like Zach Holmes, Sean “Poopies” McInerney, and Jasper Dolphin are young and ready to take on the more severe stunts that director Jeff Tremaine and crew have planned. Also added to the Jackass team is Rachel Wolfson, a comedian and the first female member to be included in the typically all-male cast. Her inclusion and Jackass Forever being the first film in the franchise to include new cast members marks a significant passing of the torch. Only to a point, though.

What begins as an homage to kaiju films like Godzilla, quickly returns to the regularly scheduled program as the crew performs all sorts of stunts from the psychological torment of a darkened room to a ramp heightened by human bodies. Jackass Forever is playful and terrifying at the same time. That balance is what has made the franchise so enduring over the years but it isn’t until now with the cast getting older in a world where TikTok and YouTube have made amateur Jackasses of everyone that the reverence for the series feels the most poignant.

This isn’t just a collection of random people vying for internet fandom; it’s a group of friends who avid viewers have grown up with (some of which have now joined the cast) and found solace in watching others do the dumb things they thankfully only think of doing. It’s in the camaraderie that energizes Jackass Forever that the film finds its heartbeat while it brutalizes every limb and appendage possible. It’s how the pain is not only bearable – it’s hilarious.

As a send-off for the old guard, Jackass Forever celebrates the punks that made pain into an art form. Shining a spotlight on stunt work as a whole, the Jackass films feel like a seminal text in the study of internet culture and our fascination with watching others suffer for our entertainment. That it takes the genital-crushing form it does only accentuates the extremes that people are willing to go to in order to provide a moment of levity to someone else. Jackass Forever is ultimately more of the same, but underneath all the physical pain and juvenile humor is a sincere love letter to those who make us laugh when we need it the most.

25 Years Ago: Suburbia Was a Dark Variation on the Linklater Formula