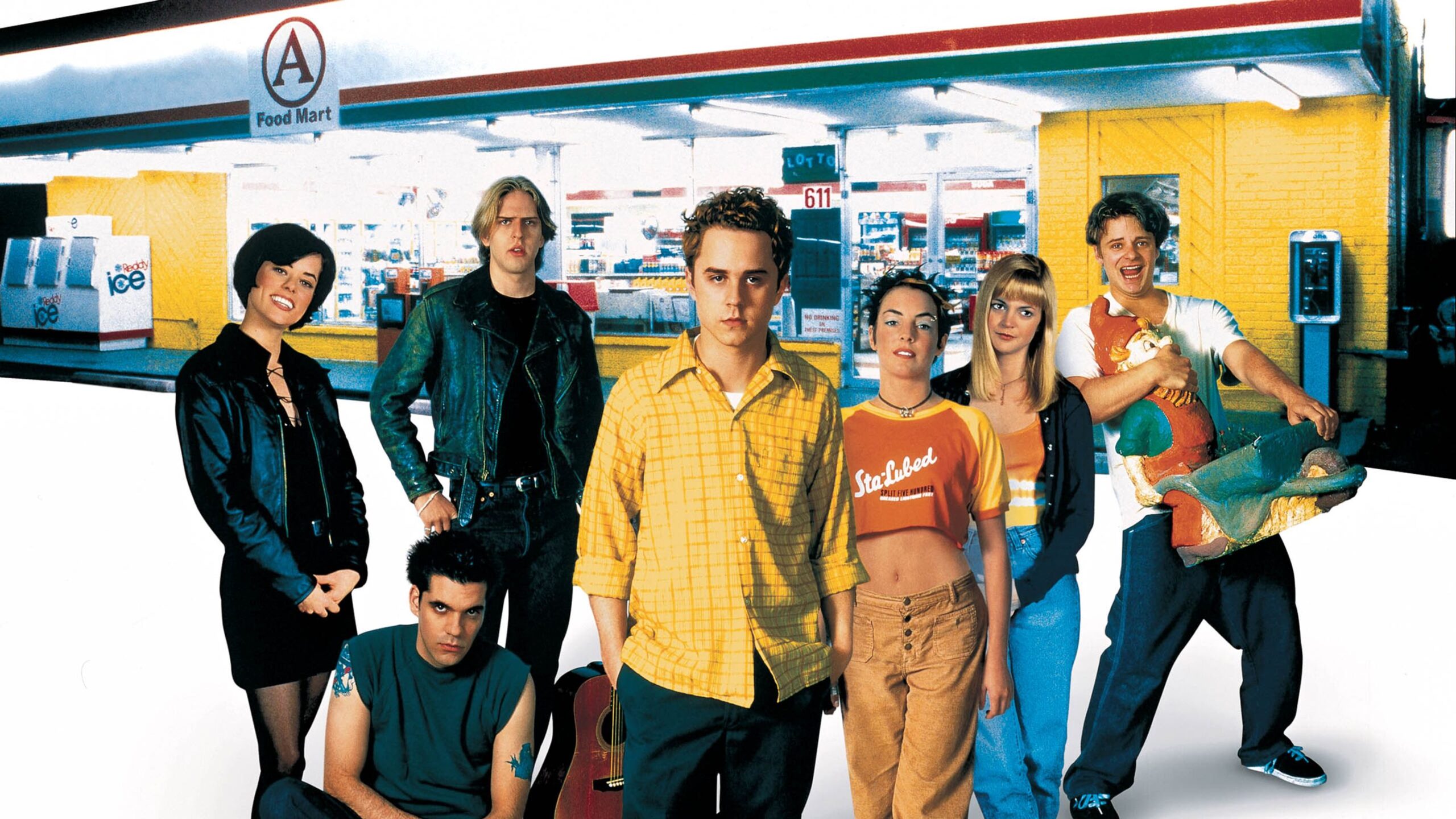 Richard Linklater made quite a few films in the 1990s that followed one night in the life of young people who spent a lot of time talking. Slacker, Dazed and Confused, and Before Sunrise all met that description, and there was one other film too: Suburbia, which arrived in early 1997.

Suburbia, which was written by actor Eric Bogosian and based on his play, probably owed as much to Kevin Smith’s Clerks, which arrived three years earlier, than it did to Linklater’s oeuvre. Like Clerks, it’s the story of an aimless guy in his early 20s, struggling with his future and with a girlfriend who’s out of his league, with much of the action taking place in and around a convenience store.

The biggest difference, though, is that Suburbia is dark as hell- much darker, in fact, that I remembered it being, having not watched it since it was new. (The film is often listed as a 1996 release, but its wide release came in February of 1997, 25 years ago this week; the title was also sometimes styled as SubUrbia.)

The action is set on a single day in Burnfield, a suburb of undetermined geographical specificity, although it was shot in Austin and feels very much like the Linklater Austin of Slacker and Dazed and Confused.

They’re waiting on Pony (Jayce Bartok), a classmate who has since become a successful rock star, who shows up in a limo along with his publicist (Parker Posey.) They’re hanging out outside a convenience store run by Namer (future Office Space co-star Ajay Naidu), a Pakistani immigrant who doubles as the conscience and moral center of the film.

It’s very much a film of the ’90s, with lots of ennui, aimlessness, and slackerdom, even at a time when the economy was good, and there were no wars or pandemics. But Katt’s character was like a proto-Proud Boy, and especially prescient from 1997.

The central conflict is that Jeff doesn’t want his girlfriend to leave him to pursue an artistic career in New York. In the film’s most memorable scene, he takes it out on her by mocking her performance piece, “Burger Manifesto, Part One The Dialectical Expression of Testosterone,” which begins with her calling out a mid-’90s-period-specific list of men (“Fuck Oliver Stone. Fuck Bill Clinton. Fuck Howard Stern. Fuck Michael Bolton. Fuck O.J. Simpson. Fuck Pope John Paul. Fuck my dad. Fuck all the men.”)

The other big plot at play is that Pony is coming to town, leading to possible jealousy on the part of his friends who haven’t even begun to have success in life. Limo notwithstanding, Pony turns out to be a pleasant, down-to-earth guy, although that doesn’t put a stop to the jealousy. Having him around also leads Sooze, who we’d pretty much only seen angry up to that point, can do nothing but moon over him.

The film gets even darker in its final 15 minutes, hinting at one tragedy but then concluding with another entirely.

Suburbia, while it got more positive reviews than not, had a minuscule box office performance, and it’s not generally looked back on as one of Richard Linklater’s more notable films. But it’s got a lot to recommend it, including that manic performance by Steve Zahn, who’s been doing first-rate, versatile work in movies and TV for almost 30 years.

There are also strong performances from Katt and Ribisi, both Dazed and Confused veterans who would star together a few years later in Boiler Room; Posey was in Dazed as well. And Amie Carey hasn’t done much acting of late, but she’ll always live on in “Burger Manifesto, Part One.”

The Woman In Black is Deeply Clichéd