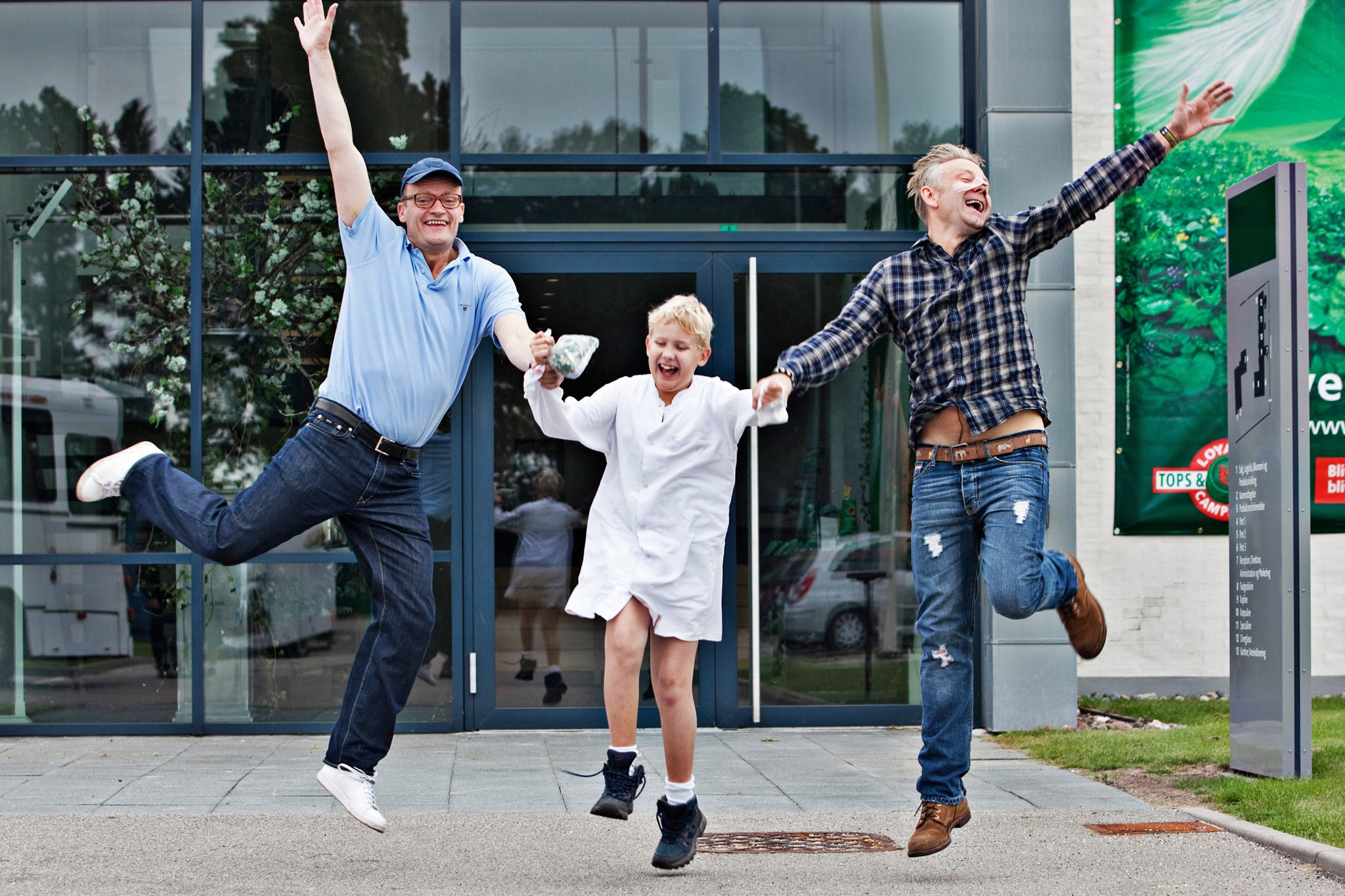 For many, child-rearing is a terrifying prospect. The idea that some other being manifests themselves and usurps one’s position as the most important being in one’s own life can be troubling, particularly if one’s self-actualization is rather stunted. So it’s with no surprise that Frank (Frank Hvam) is less than thrilled when, while attending his friend’s wedding, he discovers that his wife (Mia Lynhe) is pregnant. She’s less than thrilled, too, since Frank has proven himself to be less than father material, and she’s weighing the possibility of terminating the unborn child. Frank is naturally incensed, and seeks to prove his worthiness as a father by essentially abducting young Bo (Marcuz Jess Petersen) and taking him along on a camping trip with best buddy Casper (Casper Christensen), who has considerably more base intentions for said trip, which he terms the “Tour de Pussy.”

Though derived from a popular Danish TV series, Clown: The Movie is really a collision between three recent strains of popular comedy: first and foremost, the “comedy of embarrassment,” whose popularity can be traced back to the twin influences of the UK Office and Larry David’s Curb Your Enthusiasm; second, the Apatow brand of “manchild” comedies, in which men in their 30s (or older) behave like teenagers until they’re forced to mature; and third, the debauched bro humor of The Hangover (from which it borrows a final-scene photo reel of horror).

Klovn‘s derivative nature both helps and hurts. It borrows from Curb the setup-payoff joke structure, in that every single character detail and comic possibility becomes a Chekov’s Gun, waiting to be deployed for maximum effectiveness. That renders much of the proceedings predictable (no prizes for guessing where things are headed when Frank has to confront a gang of young bullies, or when they come upon a too-helpful female owner of a pancake house), but occasionally the results are satisfying enough to validate the approach. The “men behaving badly” scenario also feels somewhat played out at this point, but Christensen and Hvam, who co-wrote the film in addition to starring, make risqué character decisions that are too far afield for any North American comedy, particularly whenever children and sex are involved. (Admittedly, the outrageousness peaks early with a “pearl necklace” gag.) The film also has fun upending the “gay panic” nature of male-oriented comedy, especially in the scenes between Casper and an understandably protective camp counselor.

For all the gag-reflex humor, though, there’s an underlying conservatism to Klovn that again recalls Apatow: despite Frank and Casper’s horrible acts, you never get the sense they’re bound for anything but redemption, and indeed the three-act structure feels all too carefully delineated. Perhaps it’s the absence of the familiarity having seen the series might provide, but the viewer has no reason to desire a happy ending for these misfits other than to suit the contours of the genre, making the last 20 minutes feel incredibly contrived. Until then, though, Klovn remains amusing enough to please most fans of gleefully impolite humor.

Kill Me Please Wrings Laughs, Pathos Out of Assisted Suicide

Another Earth is Average Fodder in Genre-Movie Clothes