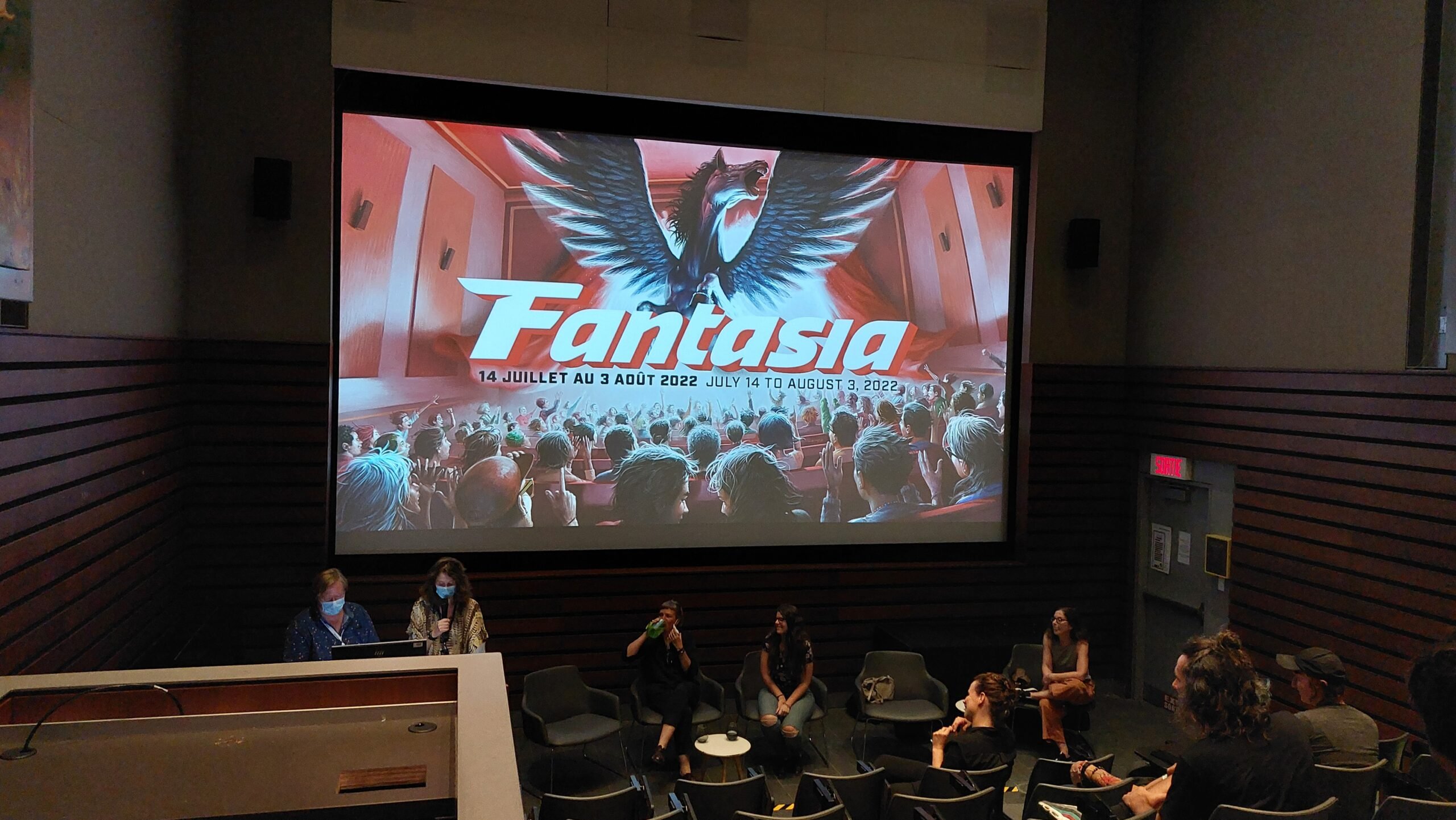 The second of the Fantasia Film Festival’s special events is a panel by filmmakers and experts on what the film industry can do to improve its effect on the planet’s climate. Just in case anyone wondering beforehand what the topic might be, it was named Stop F*%#king up the Planet: Concrete Steps the Film Industry Can Take to Reduce Our Carbon and Waste Footprint. Subtlety was not the name of the game when coming up with the title, but given the situation, nor should it have been. There is an irony to the early evening’s discussion. Montreal is experiencing yet another heat wave, to say nothing of record-breaking temperatures in England and across Europe.

Five hosts pled their case for an alarming situation in front of a couple of dozen attendees in Concordia University’s York Amphitheatre (Engineering and Visual Arts Building). Even festival director Mitch Davis sat for the first few segments. Mr. Davis is surely a busy person at this time of year. If he shows up, it must mean something. Filmmaker Elza Kephart, known for her unique horror film SLAXX, served as the MC of sorts, offering an opening statement that invited attendees to imagine something. Most current films continue to depict the lifestyles the modern world is familiar with and, more crucially, comfortable with. What if an effort was invested into not merely changing how movies are made, but what they showed? What if more films depicted alternative consumption lifestyles?

From there the mic was passed along to four individuals who each study or work in the domain from different perspectives. The entire panel was structured in a strategic manner, broaching the topic of the industry’s carbon footprint from macro to micro levels. For many reasons this made sense. To comprehend what gestures and changes one may make to alleviate the problem, one must begin by understanding the bigger picture.

First was Dr. Heather Short, who has a Ph.D. in Earth Sciences and works as a Climate Science Educator. This segment set the stage with a global perspective. Even simple concepts were presented, such as CO2 melting permafrost, prompting the latter to release dangerous quantities of methane. Hello, rising temperatures. While some of the slides were overdone as far as content quantity, the point itself was made with requisite urgency. Perhaps the most alarming mention was that the planet is on pace to revert to an overall climate it has not experienced in 55 million years. Quite literally just after the dinosaurs went extinct. That’s not what people have in mind when they cheekily boast that they’re “bringing something back.”

For those who either already knew those facts or wanted to get down into the nitty gritty of filmmaking, the conference took off from that point onwards. Barbara Shrier, the producer of 2021’s Brain Freeze, shared plenty of stories of how her productions have made strict commitments to being as eco-friendly as possible. One of her projects even went as far as to have Kodak make water containers for the crew, rather than have catering constantly deliver tiny plastic bottles. Working in Québec is advantageous in some respects, especially given that hydroelectricity is less dangerous for the environment than many other sources. To that effect, she demands that a certified electrician help her teams on set at different locations rather than depend on generators.

The two other segments offered equally interesting and maybe even more informative resources to assist productions. Anne Fossier co-manages a program called Rolling Green. Its website provides plenty of tips to help filmmakers reduce their carbon footprint. Furthermore, they offer training modules to that effect. And in what is a prime example of truly “good” publicity, studios can, once they have put in the effort and demonstrated the results, advertise that a production was eco-responsible. This comes via official certification. There is even a calculator to tabulate the emissions!

The author did come to the conference with one or two questions in mind. Incidentally, they were answered even before the Q&A at the end. Anne Catherine Lebeau is co-founder and manager of Écoscéno. Their building is established in the Hochelaga district of Montreal. So much is wasted at the end of a production, from costumes to props and entire sets. Although their clients are currently limited to theatre, the circus, and museums, Écoscéno is a brilliant project that recuperates objects (or pieces of them) when no longer needed. They keep them in a warehouse and provide the recycled material when new clients come calling. Very forward thinking. In this case, quite literally.

From the bigger picture to the little decisions on set that can make a difference, the film industry has much work to do. Farms are reducing their footprint, urban planners are too. Even some watch companies are making timepieces out of garbage. According to the panelists, it’s time that movies do the same, both in front of and behind the camera. No one wants to experience f*%#king The Day After Tomorrow.

This is GWAR Review: A Riotous Exploration of the World’s Scariest Band