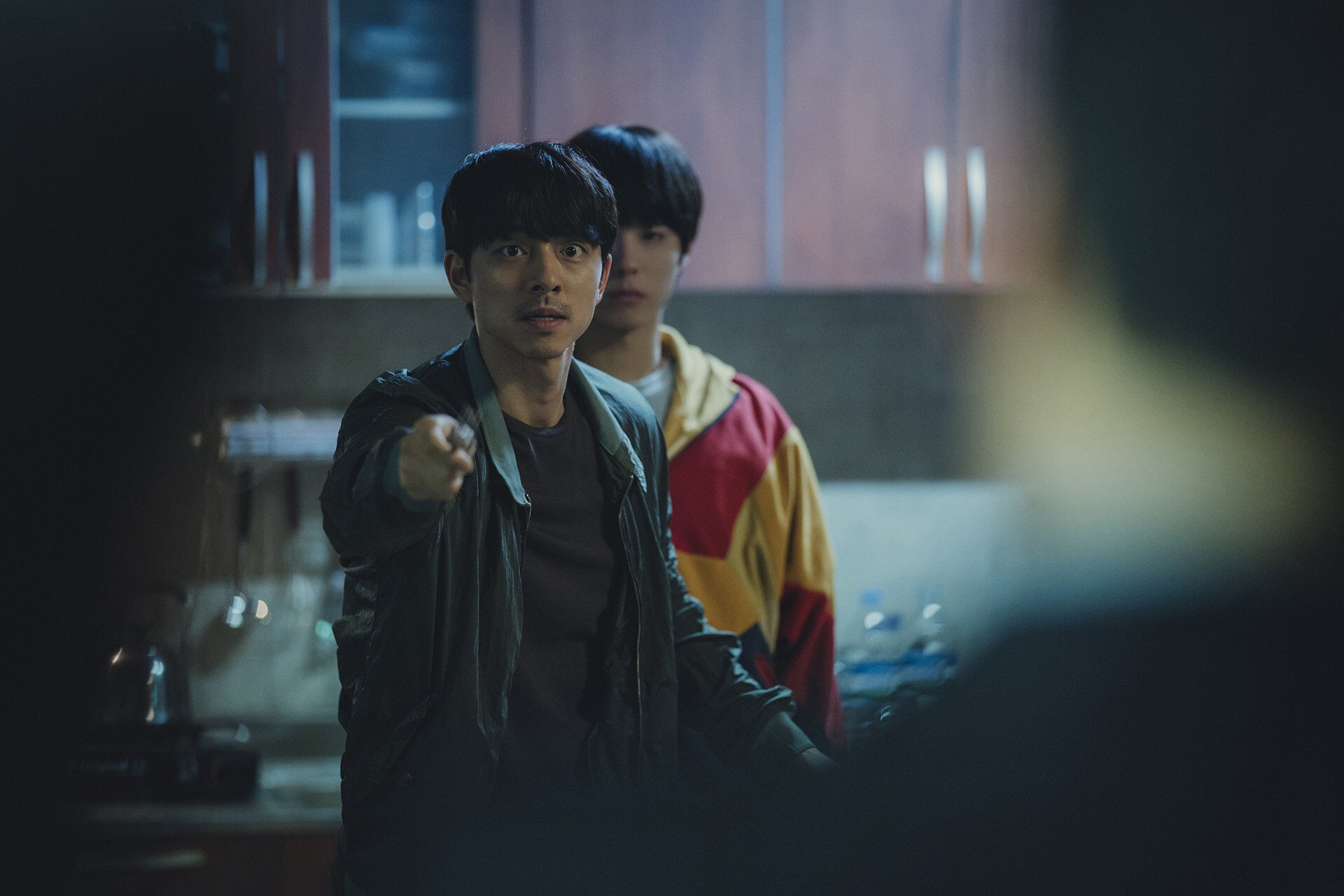 Image via the Fantasia Film Festival

A by-the-numbers thriller about a former secret service agent forced to protect a valuable government asset, Seobok frequently skirts the line between engaging and plodding. The ways in which it enhances its standard story end up feeling like temporary jolts to the screenplay, from telekinetic abilities to questions about morality and life itself, Lee Yong-ju directs the film with a dedicated eye towards kinetic action sequences but allows Seobok to fizzle out into a generic sci-fi thriller lacking the humanity it so frequently ponders.

Held together by its two lead actors, Gong Yoo (Train to Busan) and Park Bo-gum, the two maintain chemistry that comes into its own soon after their initial meeting. Min Ki-hun (Gong) is tasked with keeping Seobok (Park) safe from the various parties that would want him to themselves. He’s not a normal human, instead, a clone that is allegedly both immortal and capable of curing a variety of diseases due to his genetic make-up. Obviously, that kind of power in the right hands could be crucial to saving so many lives, but in the wrong hands, Seobok could be a weapon of mass destruction.

When the two characters realize how important it is that they stick together, the chemistry between them and the two actors’ performances shine brightly in an otherwise barely-satisfying thriller. Action scenes are generally well-done and Seobok’s inadvertent telekinetic abilities add some flair to shootouts, giving the film a much more comic book-feeling vibe.

However, once the bullets cease and Lee tries to ponder thoughts such as the meaning of life and where the line between human and experiment blurs, it all loses momentum. Save for a few great action beats, the climax of Seobok tries to supplant its morality to spectacle and ends up more disappointing than invigorating. A solid enough attempt at applying neat concepts to a tried-and-true formula, but Seobok fails to latch onto anything that resonates. (Christopher Cross)

At this point, a zombie movie has to do a lot to stand out from the pack, or perhaps the swarm is the proper term. At the very least you need a really clever script or a bold and interesting new take on the living dead, and while it certainly tries, Brain Freeze doesn’t quite have either. The catalyst for zombie mayhem this time is a chemical sprayed on the lawn of a ritzy golf course in an affluent Quebec neighborhood, which gets into the water and transforms most of the populace into vaguely plant-like zombies. You would expect this premise to lead the way to some biting social satire in the classic Romero mold, but sadly the film never really does much with its premise. Sure, there’s a blisteringly racist radio shock jock and of course a shady attempt by the company behind all this to cover it up, but not much more in the way of nuanced or insightful commentary. The characters, consisting mostly of a young kid trying to protect his baby sister and a survivalist cop, don’t leap off the screen in any major way or even have much in the way of character growth or depth. There are some decent gags and one-liners, and the zombie effects are by and large good, if mostly just visuals we’ve seen before with a green tinge applied. But it never goes the extra mile, never pays off on its seemingly endless setups, and never becomes more than a rote but effective entry in a very well-trodden genre. (Thomas OConnor)

Free Guy is a Disingenuous Adventure Through Video Games

Annette Is the Fascinating Child of Intriguing Auteurs