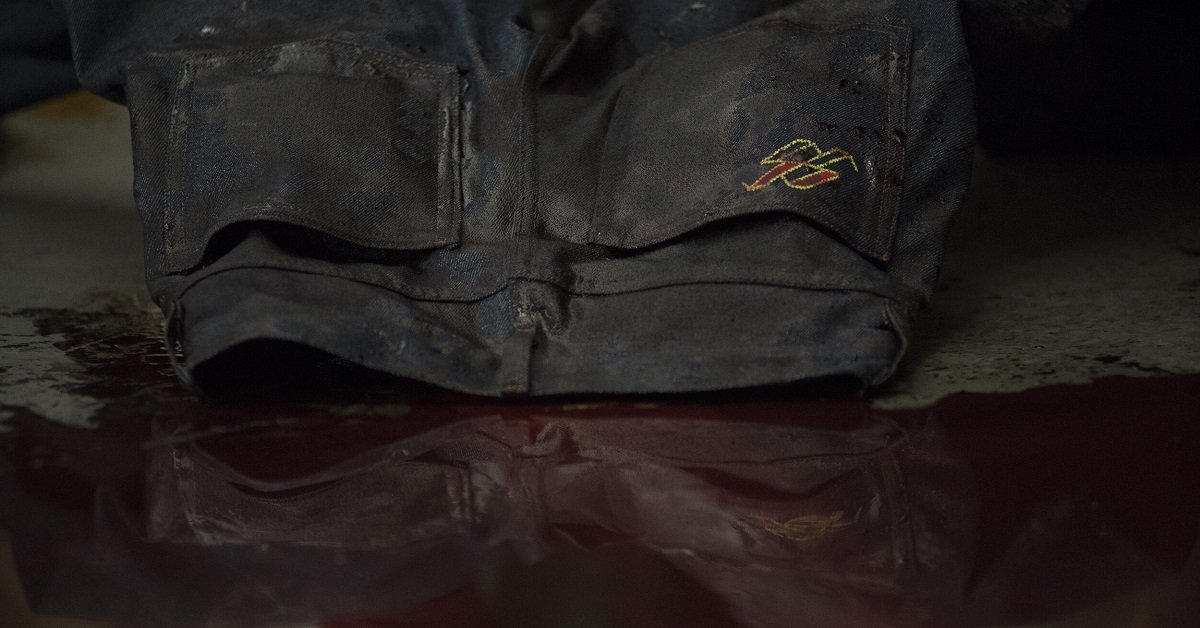 A starship in the depths of the universe haunted by an unstoppable alien killing machine. A world beset by the walking dead. An isolated cabin occupied by a family of insane cannibals. The absolute depths of the ocean. Horror cinema has brought audiences to some of the most brutal, terrifying places over the years. But still, none of them are worse than working retail. Elza Kephart’s Slaxx has the entire garment industry in its sights, though, from the retail frontliners, to the uncaring managers, the social media influencers, and all the way up to the execs. It’s an absolute shoe-in for cult horror status; fun, witty, blisteringly satirical, and gloriously blood-soaked.

Like many great horror movies of years past, Slaxx takes the bottle approach, limiting its scope to one main location. In this case, this takes the form of a trendy clothing store where new hire Libby is getting thrown in the deep end. In anticipation of a major launch, the store is in overnight lockdown while the staff prepares for the launch of a new line of jeans, supposedly ethically produced and able to shape themselves to the wearer’s body. While the doors are briefly opened to allow a YouTube star to film a video, the staff are otherwise trapped, cut off even from internet access for maximum secrecy. But those new jeans they’re ready to hype have a dark secret, and soon come to life and begin dispatching the hapless employees.

Slaxx is one of those films that seems to be firing on all cylinders right out of the gate. The script is a monument to efficiency, clocking in at a scant 80-something minute but never feeling cramped or rushed. There’s no fat on the thing whatsoever. The cast is all on point, with particular respect to Brett Donahue as manager Craig, whose obsession with ensuring the event goes as planned takes a dark turn fairly quickly. The kills are all uniquely conceived and staged, never allowing the premise of killer jeans to lose its edge. Presentation is similarly top-notch, with some terrific editing work in particular making for a slick and polished looking film.

Perhaps most crucially though is the line the film walks between the absurd and the serious. Slaxx is an absolute blast, funny and gruesome in a way that should please all but the pickiest of fans. But it also doesn’t pull any punches when it comes to dressing down the extensive dark side of the fashion industry, especially those brands that trade on being ethically inclined and build massive, cult-like followings. It’s human cruelty and callousness that’s the real villain here, as cliche as that may be. Unethical business practices, exploitation, and of course, rampant consumerism. The film isn’t quite all doom and gloom, though, and mixes in enough comedy and over-the-top gore to make the medicine go down easy.

Or maybe it’s the other way around? You could just as easily say that Slaxx mixes in enough social commentary to give the horror fun some extra punch. It’s that balance that makes Kephart’s film work, that sense that the film’s deeper commentary and gory mayhem work in tandem rather than favoring one over the other. It’s a perfect mix of genre indulgence and social commentary, and one that horror fans should all seek out.

Editor’s Note: This article was originally published on August 24, 2020, as part of our coverage of The Fantasia International Film Festival.

50 Years Later: Vanishing Point is One of the Best American Counterculture Road Films