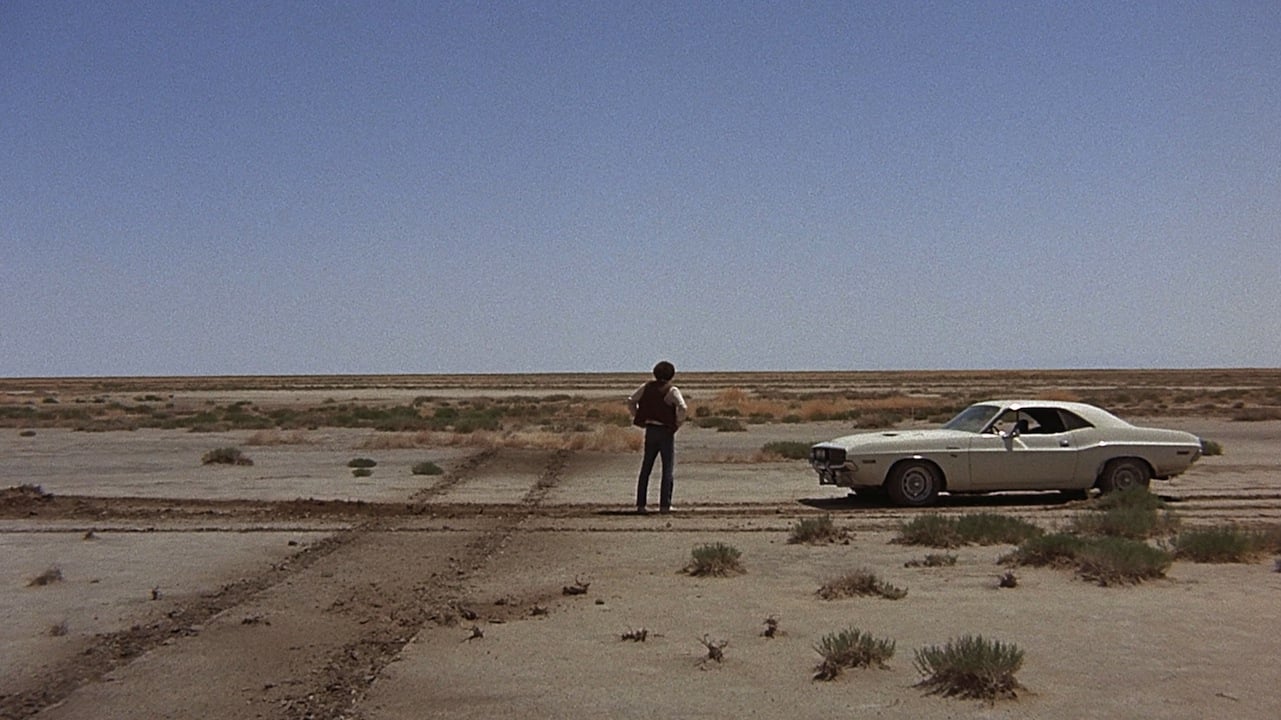 The movie Vanishing Point was written from a story outline by Malcolm Hart and transformed into a screenplay by Guillermo Cabrera Infante (G. Cain). It originally came out in 1971 and was directed by Richard C. Sarafian. The film touches on a variety of different issues being experienced during that time – racism, homophobia, and feelings of oppression – all of which are still applicable in today’s society. Many reviews claim the film to be boring and linear, but to truly appreciate it, a certain cultural understanding of the time period must be made.

A good portion of America was “Anti-establishment” during the time period of focus (the early 1960s – mid-1970s), and Vanishing Point consistently points to “standing up to the man.” The main character, Kowalski, is used as an icon to represent the counterculture taking place, so the film gathered quite a following. Vanishing Point (1971) is about a long-distance car chase through the Mojave Desert.  The main character, “Kowalski,” is a loner, a Vietnam War veteran, and an ex-cop. He is fueled by drugs that allow him to keep going without sleep, and successfully outruns the police every time a new pursuit begins. In the end, instead of surrendering to the police, Kowalski chooses the path which has no hope of being successful (straight into a VERY solid roadblock). We watch the plot unfold and the surrounding details pass us by, but it’s the seemingly small details of this film that make connections beyond the simple plot. These details allow for a more thorough interpretation of the film, or perhaps more than one interpretation as to what is really being said.

The term “vanishing point” literally means “a point at which something disappears or ceases to exist,” and is typically used in reference to an object heading toward and disappearing on the horizon, but is it possible for something to just disappear into thin air?  Are there other planes of existence? Who really knows? No one, but everyone has suspicions or beliefs on the matter. Do we really make our own choices, or are they predetermined for us? The film Vanishing point is filled with Biblical symbolism and references of outside forces trying to guide the decisions of our “last American Hero,” and Kowalski continues to drive along his own existential path.

The environment in which the entire film takes place is the desert. The desert is very devoid of life, hot, dry and all-around very unforgiving if you’re not prepared. The desert, while being a very punishing and trying environment, is a symbol of clarity. There are no obstacles in Kowalski’s line of sight, so he can see every possible direction to go in, every possible enemy coming toward him, and he can go in any direction, making the possibilities of decision infinite. Given the harshness of the environment, it is also a test of our character’s will and determination: he must make a choice of which way to go because he can’t stay where he is, and with no directions to follow it’s a test of his will to make it through the desert as a barrier, to the promised land. The desert is also referred to as “the most propitious place for divine revelation” and the burning sun combined with extreme drought is comparable to “consumption of the body for the salvation of the soul” giving it a Biblical connection, so some would believe it is fated whether or not he beats the desert.  But Kowalski is the one making the choice of whether to let the desert be his end or to find a way out, not fate.

The star of the film is the white Dodge Challenger, and the main character is the driver of the car:  Kowalski. The color white has its own meaning: “purity, innocence, wholeness, and completion.” We can make the assumption that the color of the car means that its contents are whole and complete and will therefore not be influenced by outside influences such as the radio DJ – “Super-Soul” – who constantly plays songs with lyrics such as “Where do we go from here?” (suggesting confusion) or “I get so tired…” (suggesting he stop and rest, which he never does). The color white also means neutrality and independence, assuming nothing in this film is accidental, proves that Kowalski continues to make his own, independent choices about his path and that there are no proverbial strings being pulled to decide his fate.

Kowalski ends up with a flat tire while driving in the desert, so he stops to fix it. Once he’s finished putting on the spare tire, he returns to the trunk to replace the equipment he used. The desert is home to some dangerous creatures and while returning the equipment to the trunk, Kowalski is confronted by a deadly rattlesnake. Kowalski appears to have a momentary stare-down with this rattlesnake, and in the face of danger, Kowalski does not move. Snakes are symbolically mysterious, not only do they mean transformation and rebirth, but the Bible also connects them with knowledge, wisdom and human mortality. Snakes are sneaky, they attack for no reason, and this particular rattlesnake literally appears out of nowhere. Another character who seems to appear out of nowhere is the old man who tells Kowalski “don’t move, I’ll get him.” Kowalski waits for the old man to wrangle the snake and in the face of death, Kowalski stands his ground and does not change his mind about the direction he is taking, despite the obvious signs to back away from the impending possibility of death.

The release of this film in the UK has an additional seven minutes of footage, and in this footage, it shows how the police are tracking Kowalski (nothing mysterious) and changes the way the film can be interpreted. Barry Newman, the actor who portrays Kowalski, felt that the missing piece gave the film an “Allegorical lift.” Without the clip, Kowalski just continues doing what he’s doing and it seems to be a plain refusal of surrender, “Give me liberty or give me death,” so to speak (Patrick Henry). In the missing clip, Kowalski picks up a female hitchhiker and they spend a romantic night together getting high (the only time in the film that Kowalski actually sleeps). In the conversation that takes place, the mysterious hitchhiker tells Kowalski that she “has been waiting for [him], everywhere, since the beginning of time, patiently, as that’s the only way to truly wait for someone.” Kowalski and the mystery woman become intimate, and then the camera backs away and returns the next morning to find Kowalski alone in his car with no trace of the mystery hitchhiker. Who could this woman be, if waiting for him since the beginning of time?

Upon doing some research of reviews for the film, most of the reviews with this piece of film in mind interpreted the mystery hitchhiker as death in the flesh. Director commentary (DVD) includes Richard Sarafian’s interpretation of the hitchhiker as “meant to be an allegorical figure representing death.” Assuming this to be the truth, then Kowalski literally becomes “One” with death. Historically speaking, our main character has had many possible brushes with death: he’s a veteran (fought in the war and has the scar to prove it), he used to be a cop (dangerous job), and he used to race stock cars and motorcycles (he has flashbacks to accidents he’s been in), but he’s managed to avoid all of them. Kowalski is on a dangerous path being chased by the police, and he doesn’t have very many options. He could surrender to the police or he could look for some way to escape, but he has no intention of surrendering. His decisions will ultimately be his end, and knowing this, he continues on just the same.

Despite the warning signs that he is driving to his own “Vanishing Point,” Kowalski maintains his course. There are people along the way who try to “help” and warn him that there’s no way out, he could change his mind, he could surrender and live, but Kowalski chooses death. There’s nobody else determining his fate. There’s nobody pulling strings or clouding his judgment. Kowalski is human and exists until he chooses to no longer. The film Vanishing Point is truly an argument for the existential road that is life.

Dark City is one of the Best Films of the ’90s