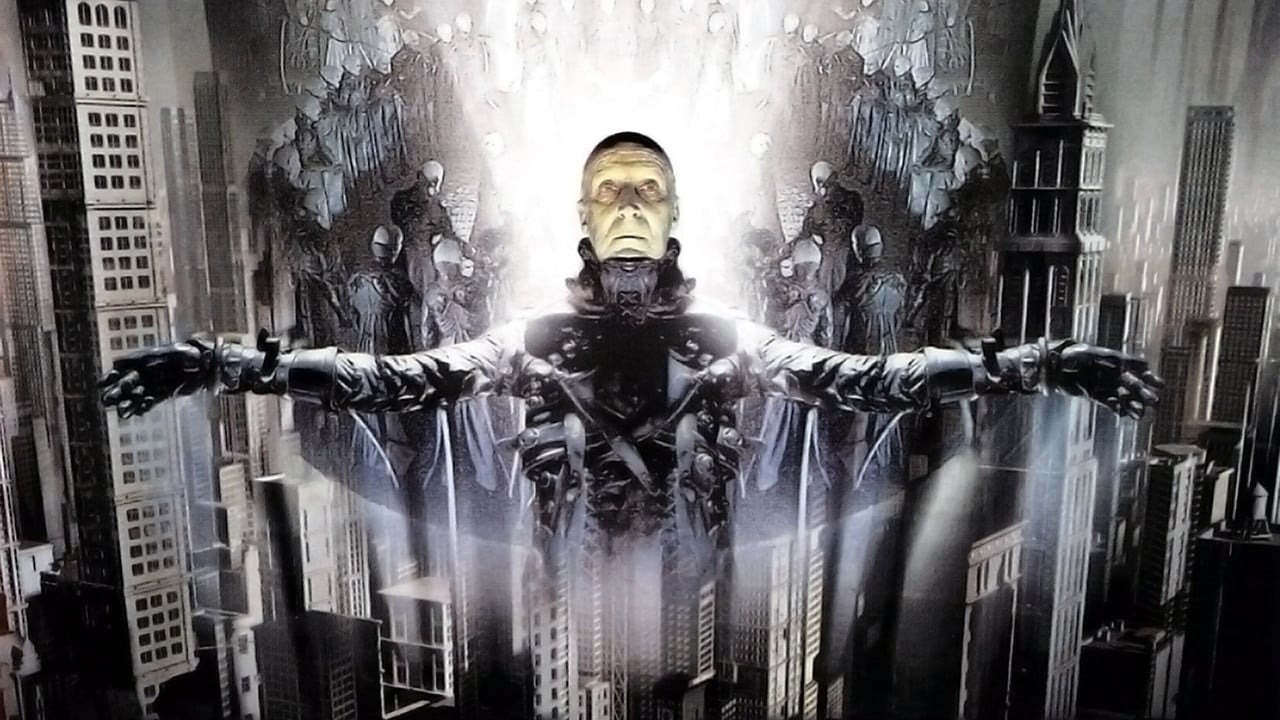 Trying to predict career trajectories in Hollywood is always a curiously problematic task. While actors come to the forefront and usually have the good sense to remain there, Directors don’t often have the same staying power. For every Quentin Tarantino and Martin Scorcese who appears on the horizon, blows everyone away with a full-blooded debut, and then continually delivers excellence, there is an M. Night Shyamalan, auteur rich in promise unfulfilled. While the latter may have veered badly into ‘avoid at all costs’ territory, the usual destination is obscurity. This is most certainly the fate of Alex Proyas.

Following a similar path to peers David Fincher and Spike Jonze (more on him next week), that is the music video flair as filming target practice route, Proyas turned heads with The Crow, then in 1998 delivered sleeper hit Dark City. Given the sheer quality and mastery on show by the man in the chair, you’d expect him to have a healthy career behind the camera. Most notable recent efforts? Read forgettable schlock I, Robot and disastrous disaster flick Knowing. While Fincher continues to thrive as one of Hollywood’s leading filmmakers, Proyas is relegated to glorified B-movies and Nic Cage flops.

This doesn’t make a great deal of sense, because Dark City is a tour de force of visual style and taut surrealist storytelling, part Phillip K Dick paranoid sci-fi, part beautifully subverted mystery thriller. Set against the backdrop of a permanently nocturnal and fundamentally anachronistic cityscape, an architectural horror show of malformed skyscrapers and dingy alleyways and interiors, it tells the story of John Murdock (Rufus Sewell), who one night wakes up in the bathtub of a dimly lit hotel room suffering from no memory of himself. The only clues he has to work with are a small incision mark on his forehead, a frantic call from a mystery man claiming to be his psychiatrist (Kiefer Sutherland), and a dead hooker in the next room. Kicking off in decidedly noir style, Murdock finds that he is accused of a series of murders, and as such is being hunted down by a weary detective (William Hurt), with the help of the protagonist’s conflicted wife (Jennifer Connelly).

They built the city to see what makes us tick. Last night one of us went off.

Of course, the pretense doesn’t last long. It’s hard to maintain the illusion that this is a routine amnesia thriller when we learn that the city itself is reshaped and reformed every time the clock hits twelve by a group of inhumanly pale, hairless guardians of otherworldly nature. Thus we introduce a little high concept science fiction to proceedings, with Murdock breaking the established reality in that he doesn’t lapse into sleep as things are changed, as he should, and also discovering that he is now nurturing the same telekinetic powers held by his subversive masters. A messiah-like figure, a pre-Neo Neo, he is all set to follow that traditional noir course of action; blow the lid off the conspiracy.

Despairing at the wasted potential of the film’s director is not an activity compelled by the fact he made a good film once but is a justifiable pondering due to the fact Dark City is such a memorable cinematic rollercoaster ride because of his talents. While the story is certainly original in its approach and concept, more significantly it is brought to life in a breakneck show of sharp editing and plot brevity (average shot length just 1.8 seconds) that, combined with some gorgeously hideous visuals, serves to give the film a highly dream-like feel and tone. Coming in at a packed ninety minutes of constant motion, the film simply doesn’t allow the viewer a moment to breathe or relax, dragging you through every leg of Murdock’s journey with an anxious intensity lacked by most action movies.

This restless quality means that the visual aspect of the film tantalizingly flirts with the audience, rather than seducing it wholesale, creating an impression rather than a fully rounded identity, a genius stroke. The look of Dark City is extraordinary, a hybrid of Gilliam-esque cluttered reality and industrial decadence. The all pervading (and titular) darkness, extending from the permanent nighttime outside to the conservatively artificial light inside, serves as a character in of itself, both stylistically evocative and justified in-universe. Scenes are self contained works of art, mutated vistas doubling as pleasure spots and sentimental mementos, riversides polluted and black, skyline jagged and overpopulated. The lair of the villainous overseers is a hive-like masterstroke of gothic horror and nightmarish technological contradiction.

But despite apparently hedging all its bets in the visceral quality it extols, Proyas cares enough about to story to ensure that the destination we and Murdock reach is an organic and satisfying one. The final climax, breathless and wonderfully distorted, is led up to by a series of growingly foreboding discoveries, albeit revelations somewhat spoiled by the studio-ordered opening monologue. When it comes to a head, it pits the hero into a very hands-on final confrontation with the big bad, represented by Ian Richardson’s elder, a telekinetic showdown of intense power and Godlike arsenals. While open face conflict on such a scale was previously missing from the story, it makes sense to round things off with an epic final battle. As hero and villain rip into each other, the city is made to suffer too, torn from its false grounding.

Further to simply delivering a nice showdown is the ending providing a subtext to eschew through the story, a thematic morality usually absent from such flair driven yarns. It delivers the message that regardless of circumstance, moorings or obstructions, mankind will somehow always find a way to fight back and ultimately prosper, that for all their flaws humans are always capable of extraordinary survival, even if they have to rapidly evolve to do so. Its a small morsel of philosophy and hopeful musing which ensure that Dark Cityis not entirely soulless, a coldness that would have been justified were it enforced. As such, the film’s final scene proves to be both a relief in its bright light, but also a nice if non-essential aperitif; the nightmare is over, he’s won, there’s still hope. It also comes with the realization that you’ve just watched something special.

It’s by no means perfect. Rufus Sewell, in the rare guise of leading man, struggles to maintain a distinctive American accent or any charisma throughout, which along with Kiefer Sutherland’s rasping, breathless delivery has proved distracting to some viewers. Strangely, such quirks almost help to maintain the film’s uncomfortably surreal veneer. Not so the lack of any real chemistry between Murdock and his faux-wife Emma, a romance not aided by the film’s pace. At best the lack of emotional connection here can see the relationship taken down a notch in significance from ‘love story’ to ‘symbol of hope’. The finale certainly ensures it doesn’t fail in its aim to be meaningful on some level.

Better luck (and more fun) is had with the mysterious and sinister watchers, particularly in the form of ‘Mr Hand’, wonderfully portrayed by the reliably over the top Richard O’Brien, a hunter who imprints himself with Murdock’s intended identity as psychotic serial killer and develops a nicely villainous persona. Describing his performance as the best would be a little misleading under the circumstances, so can best be summed up as the most memorable from a film that sacrifices thespian study for fierce plot progression.

Throttling by like a feverous lucid dream, Dark City ultimately proves to be one of the films of the 90’s, though it’s hardly one of the most viewed or deeply appreciated, which probably and pragmatically addresses my opening query. Deeply unsatisfying though the point may be, Proyas’s career stagnation after his magnum opus is likely because of it. If nobody had bothered to go see Pulp Fiction, Tarantino would probably be just as obscurely mediocre in terms of curriculum vitae. Ironic, really, given that the film is such an alluring and unforgettable experience, a definitive mark of genuine talent. I guess sometimes you also need a bit of luck…