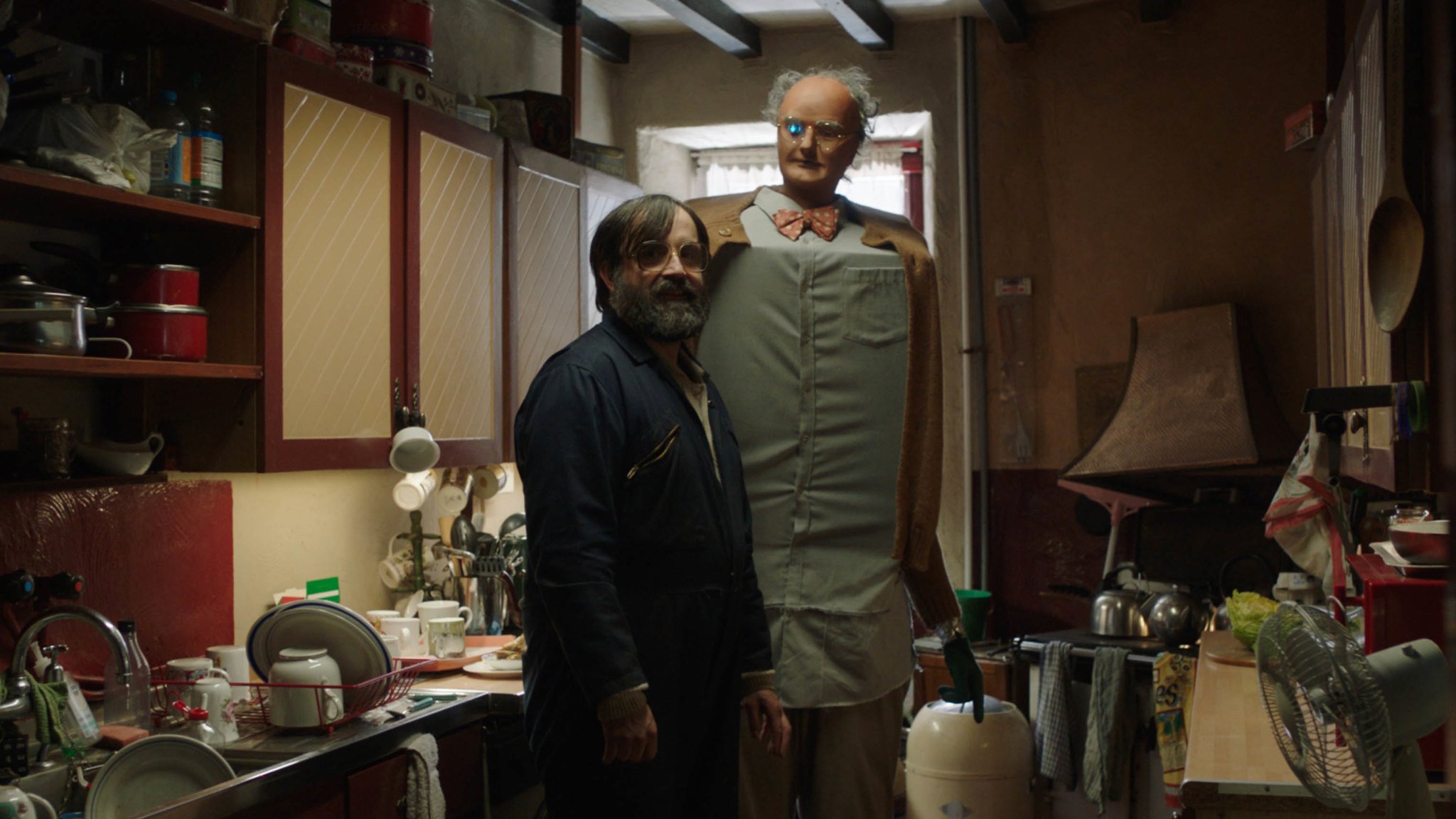 Aloha. Welcome to the picturesque countryside of Wales – home to the lonely but relentlessly optimistic inventor Brian (David Earl). Brian spends his days playing darts, eating cabbage and creating whimsical abominations in his workshops – such as an egg belt, a pinecone bag, fishing trawlers for your shoes and the short-lived flying cuckoo clock. While out gathering parts he can use for more of his unusual inventions, he finds an old mannequin head. Brian is inspired to build himself a robot companion, after which hijinks, hilarity and heart ensue.

Jim Archer’s Brian and Charles is a delightful story about the joy that can come from things we toss aside. With dry British humor, Archer delivers a gentle and silly comedy that is worthy of joining the illustrious British comedic pantheon. Its streamlined elements make the film extremely palatable but that only makes you hungry for more.

Shot in the documentary style of The Office, Archer follows Brian as his crude robot Charles (voiced by Chris Hayward) comes to life, learns to speak and eat cabbage and eventually yearns for a life outside of the confines of Brian’s rustic home. Brian’s unease with the world outside his fence turns him into the worried and overprotective parent to the curious robot. He projects his mistrust and fears of the perils that lie beyond onto Charles, who is ostensibly his son. Brian acquiesces to Charles’s rebellious teenage attitude and begins to bring him along on his trips to town, but that does little to satiate Charles’s fast-growing desire to see the world.

In town, Charles interacts with the few people in Brian’s orbit. He chats up Hazel, a shy woman whom Brian has feelings for. Charles becomes an unexpected catalyst for Brian’s relationship with Hazel (Louise Brealey). As Charles is a robot who has a mannequin head perched atop its washing machine torso, his conspicuous look also draws the attention of the town bully Eddie (Jamie Michie) and his family of jerks. When not being mean to the people in town, particularly Brian, Eddie is known for hosting a large bonfire into which he throws garbage. Archer keeps the cast concise with identifiable personalities that keep the film simple and focused.

The enormous heart of the film lies with its quirky protagonist. Though the tropes Archer employs may seem rote, they are effective as you can’t help but care for the lonely inventor. Brian is discarded much like the parts of his creations. Instead of setting them ablaze like his menacing foe, Brian lovingly finds new ways they can bring joy to the world.

It’s unfortunate that those inventions largely drop off at the halfway point. The gags are so successful that I wanted a steady stream of Brian’s unorthodox creations throughout the film, particularly near the halfway point when the relationship between Brian and Charles becomes increasingly acrimonious.

You can’t help but fall in love with Brian, Charles and Hazel. After the satisfying finish of Brian and Charles, we can only hope we won’t have to wait too long for Brian and Charles 2: Brian Goes Hawaiian.

Emily the Criminal: A Contemporary Thriller That Nails It