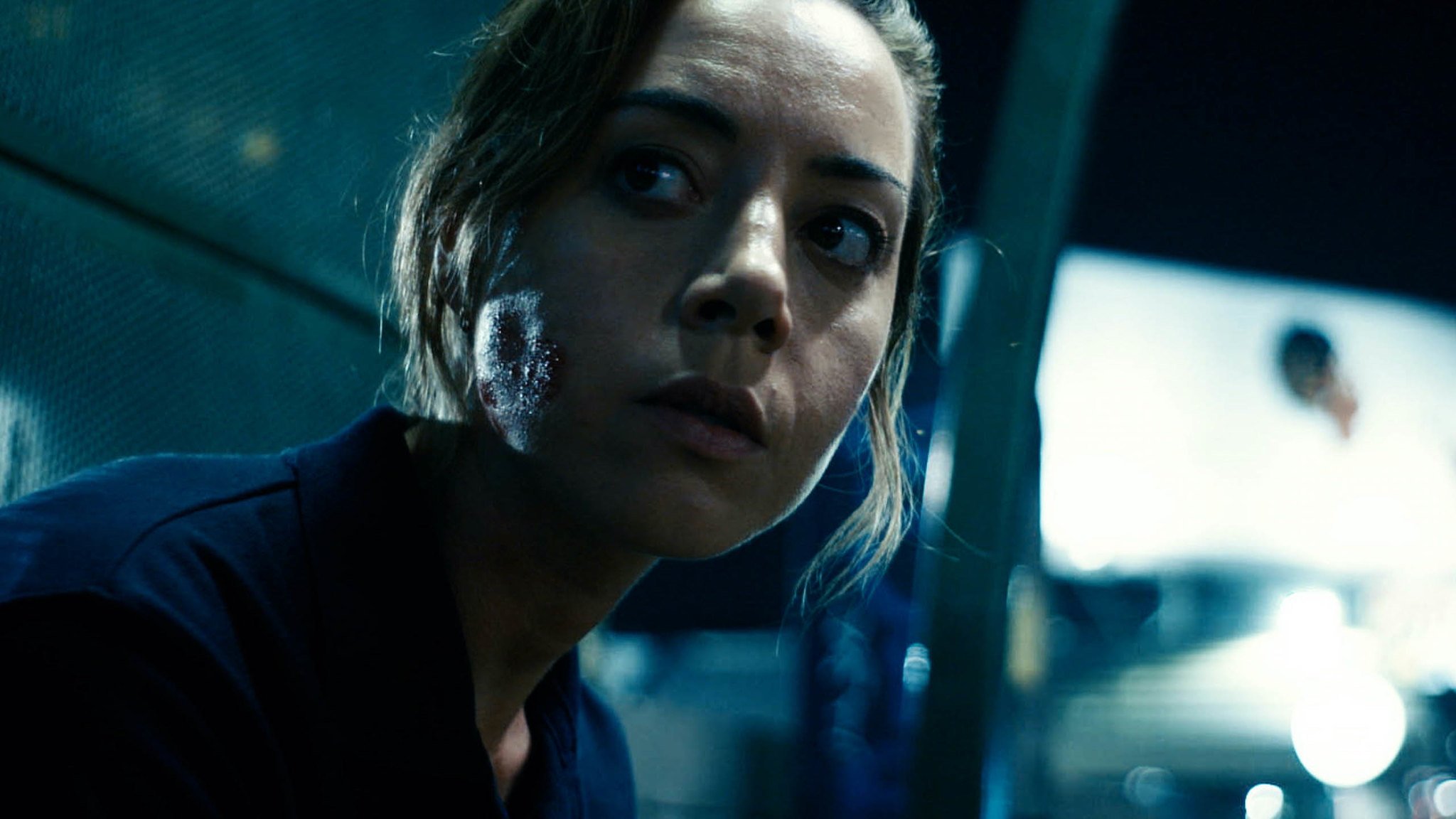 What happens when the inhuman ills of a capitalist society become too much for one gig economy worker to take? She moves to the underground world of crime where she learns how to commit credit card fraud, makes thousands of dollars with each job and fights off anyone trying to take what she’s earned – of course.

John Patton Ford’s Emily the Criminal is an engrossing thriller rooted in the economic injustice many face today. In a world of laws that allow exploitation of independent contractors and a chance at climbing the corporate ladder means starting as an unpaid intern, Emily refuses to keep her head down and play the game. Ford’s film harkens back to 90s thrillers that deal with the seedy underbelly of a city that represents greater issues in society. Shot in only twenty days, Emily the Criminal is a testament to great works born of indie spirit.

Emily (Aubrey Plaza) is doing her best to pay off the $70,000 in student loans she owes as a gig worker for a restaurant delivery app. Her attempts to get a steadier office job are soured when a criminal conviction in her past is constantly resurrected in her interviews. Unable to break through this glass ceiling, she checks out a clandestine “quick money” job recommended by her co-worker. The job involves using stolen credit card information to buy a big-screen TV, for which she gets $200 at the end. The jobs get bigger from there which leads to Emily working her own scheme with the help of seasoned fraudster Youcef (Theo Rossi). Her romance with Youcef mixes business with pleasure, making things complex and much more dangerous.

Plaza is phenomenal playing the no-nonsense title character. Her calm veneer belies a rage that bubbles with the frustration of everyone who’s trapped in a Sisyphean nightmare. Plaza is proving she can take on any role and imbue it with her inscrutable presence. Rossi fits in like a puzzle piece as her partner. The vulnerability he brings opens Emily up ever so slightly so that we can get a peek at what lies beneath the driven criminal.

This unknowable element to Emily is indicative of the kind of pulsing nerve protagonist employed by filmmakers like Michael Mann. Emily is filled with Mann-like qualities – from the determined criminal we empathize with to the ethereal use of Los Angeles as a backdrop. The writer-director refers to Emily as a Millennial Dirty Harry; someone who hits the breaking point and decides to make her own rules. As Emily puts it “motherfuckers will keep taking from you and taking from you until you make the goddamn rules yourself.”

At a time when stakes in films are inflated to galaxy threatening proportions, Emily the Criminal is dangerous and sexy in a way action thrillers were when their movie star leads were more schlubby bad-asses than quick-witted Adonis-like eunuchs. It’s not likely this one terrific film will end the stranglehold corporations have on the working class, but it’s certainly an empowering tale for everyone that can relate when Emily says “you work to the bone, it’s never enough.”

Brian and Charles: A Charming Jaunt of Loneliness, Robots and Cabbage