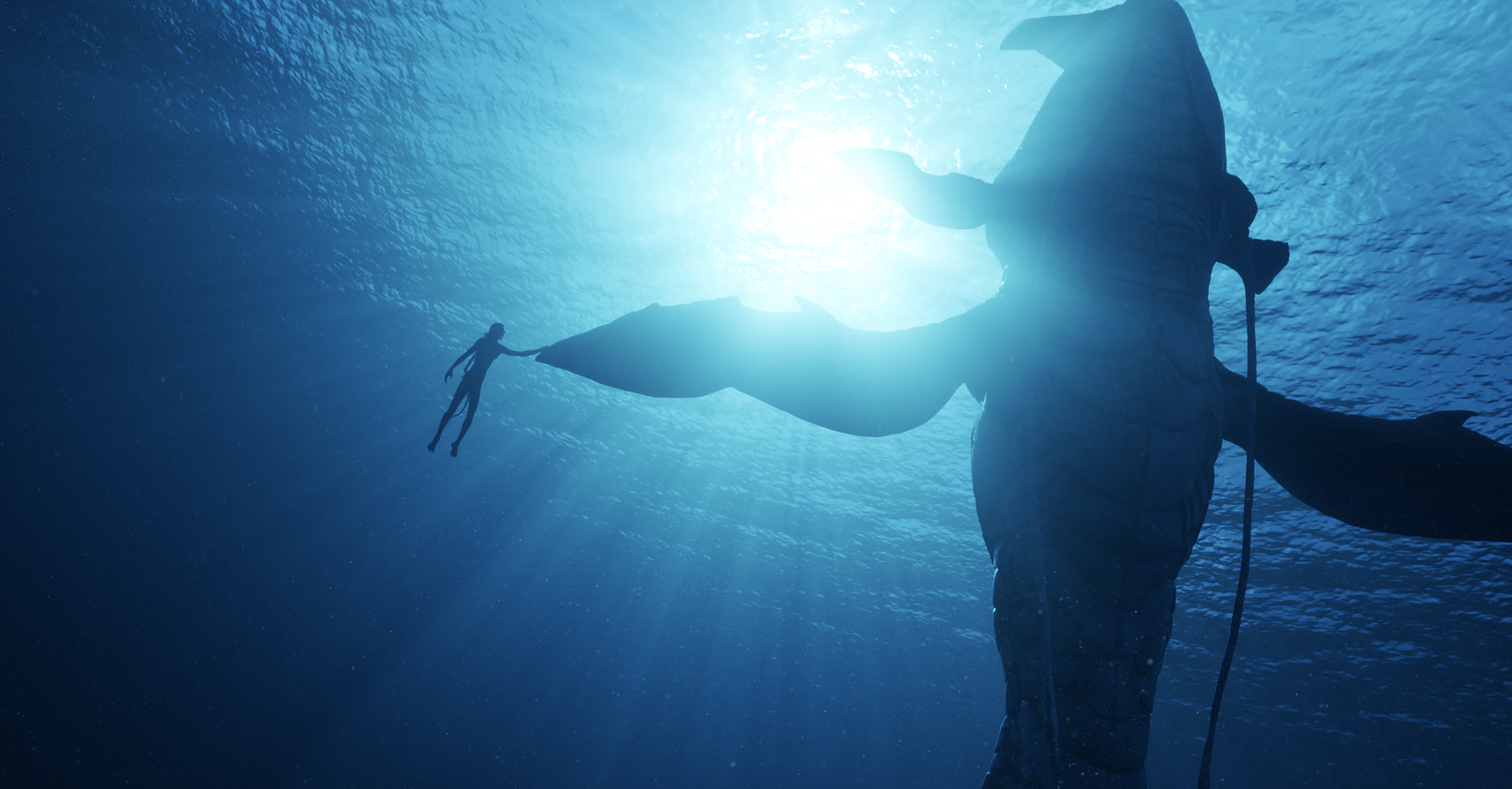 Avatar: The Way of Water Review

After a 13-year wait, Avatar: The Way of Water has finally arrived. The return to Pandora is a nearly complete triumph, offering amazing visuals, magnificent world-building, and much better-executed storytelling and character work than was the case in the first film.

Perhaps best of all, it’s James Cameron getting back to being a first-rate action-adventure filmmaker, as few have done it better than the man who made The Terminator, Aliens, and True Lies. The Way of Water does a lot of the same things that we’ve seen from Marvel movies and other action blockbusters for the better part of the last decade, most notably massive, CGI-dependent third-act blowouts. But Cameron is just plain better at it than most of those filmmakers.

Just as Cameron, with the exception of some nature and undersea documentaries, went 12 years between Titanic and Avatar, he’s now gone 13 years between the first Avatar and the second, although the three other planned sequels are expected to arrive much more quickly.

And as Cameron often does during these long layoffs, he not only honed his craft, but he played a part in inventing all new special effects technologies. The most notable innovation in The Way of Water is that significant parts of the film are shot underwater, with a whole fictitious ecosystem presented in an absolutely breathtaking way.

The plot of the new film represents a continuation of the futuristic war from the first Avatar, in which the Na’vi, an indigenous race on the moon Pandora, is threatened with colonization by American soldiers from Earth.

The first movie ended with Jake Sully (Sam Worthington), going from a Na’vi avatar to the real thing, and as the new film begins, he’s become the Na’vi’s leader, and he and Neytiri (Zoe Saldana) have four children.

The American military has returned for another shot at conquering Pandora, with the original villain Miles (Stephen Lang), now an avatar, although still voiced by Lang. When they attack, the Na’vi meet up with a separate, sea-based people called the Metkayina, with whom they initially have less-than-friendly relations. Their female leader is voiced, and motion-capped by Kate Winslet, reuniting with Cameron on the high seas just shy of 25 years after Titanic.

The film really does a great job with the characters, giving each of Sully and Neytiri’s children compelling personalities and character arcs- one of his daughters, in fact, is voiced by Sigourney Weaver. There’s tension between the two different groups of Pandora inhabitants, as well as plots related to the four children being biracial.

One of the film’s best stories concerns a whale-like creature who’s long been treated as an outcast, and his character’s payoff is tremendous.

But it’s the action, once again, that is superlative, whether it’s the multiple battle sequences, long setpieces set underwater, or the finale, which stages a lengthy, complex battle aboard a collapsing ship.

Yes, the film is over three hours long, although it comes in as the year’s second-best three-hour movie, behind only RRR, and well ahead of both Babylon and Bardo.

(I should note- my screening of the film was in 3D IMAX, with a high frame rate, although that frame rate changed from scene to scene and sometimes from shot to shot; I realize not all showings will be in that format, although I recommend seeing it in 3D. While for a time, after the first Avatar, many major blockbusters were shown to critics in 3D, The Way of Water marked the first time  in several years that a press screening was presented in 3D.)

Avatar‘s place in the culture has been a strange one, unlike that of any other major pop culture property. The first movie came out in December 2009 as a completely original bit of intellectual property and broke all box office records, including the all-time record previously held by Cameron’s last film before that, Titanic. Avatar won three Oscars for Art Direction, Cinematography, and Visual Effects, although it lost Best Picture and Best Director to the Hurt Locker, which happened to have been directed by Cameron’s former wife, Kathryn Bigelow.

In addition to all of the revolutionary things it did with effects, Avatar made groundbreaking use of 3D, to the point where studios rushed to release their films in that format. Also doing so were television manufacturers, who believed that Avatar would spur the purchases of 3D TVs and rushed to bundle the movie with those TVs. That expected boom never happened — as I followed at the time, covering the consumer electronics industry — and regular 3D use at the movies petered out not long after that, although it’s still there as an option for some blockbusters.

The film even set off political arguments, with everyone from American Indians to Palestinians seeing themselves in the Na’vi; others, of course, called it problematic.  But it wasn’t anything political that caused Avatar to recede.

A few years later, another meme began to spread on Film Twitter and elsewhere: That Avatar, despite its status as the all-time box office champion at the time, hadn’t left much of a cultural footprint. Film fans challenged each other to remember plot details or even character names from Avatar, less than a decade after it came out.

Part of that may have been that no sequels had yet arrived, there weren’t ancillary streaming shows, and the way that moviegoers used to catch up on older movies — coming across them on cable — was starting to fade away. There was also frequent news that the sequels, announced around the time of the first movie’s release, was being delayed again and again. Sure, there’s an Avatar ride at Walt Disney World, but not everyone is a Disney habituate.

But now, Avatar is back in the public consciousness, and with three more sequels set to arrive, it’s going to stay there for the next several years, although the plan currently is that the next sequel is only two years away.

When the first Avatar came out in 2009, streaming was barely a thing yet, Disney hadn’t yet purchased Twentieth Century Fox or Lucasfilm, and the MCU was just getting going. James Cameron, who is 68 years old, has likely dedicated the rest of his career to making these films, and he’s done it with care, detail, and a great deal of excitement.

The Best Movie Trailers of 2022