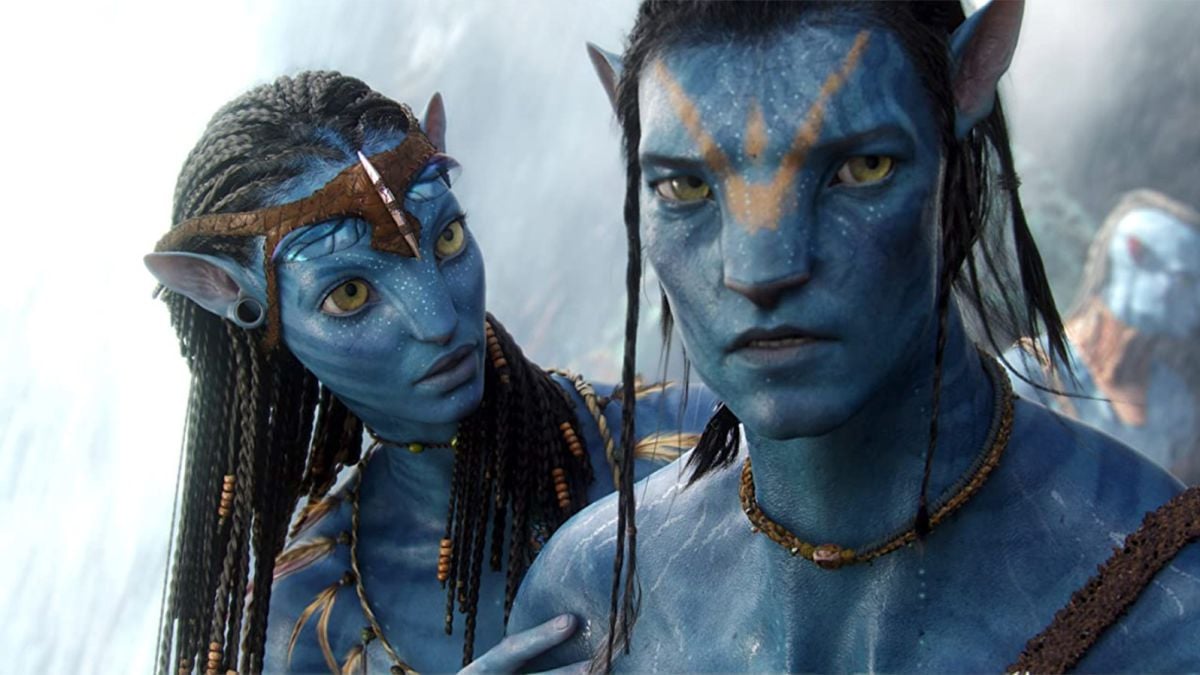 Looking Back at Avatar

When footage for Avatar: The Way of Water was previewed for audiences this past April at CinemaCon, it felt like the final lap of an unfathomably long marathon had begun. James Cameron’s original Avatar was released in theatres in December 2009. Few sequels can generate as much buzz as 13 years following the previous chapter’s release. Work on the four planned sequels wasn’t recent news either. Principal photography began as far back as 2017!  The blockbuster filmmaker has stated that the production pushed underwater photography to its limits, making use of state-of-the-art technology.

Why would audiences expect anything less from the Ontario-born director? He has made a name for himself by marrying landmark entertainment with inventive filmmaking techniques. He often pushes the creative process to new technological heights.

With the sequel’s release mere months away, the time has come to look back at the first Avatar. Reviews, professional and amateur, abound. Everyone and their grandmother have had their say on the 2009 hit. It made $2.8B at the global box office, so it obviously did something right. Surely that impressive figure carries some significance other than earning incredible profit for 20th Century Fox (now 20th Century Studios). Avatar says a lot about James Cameron’s prescience as an innovative filmmaker.

One of the film’s selling points was its ultra-modern 3D graphics and camerawork. Cameron promised more than just an adventure movie. He wanted to give global audiences an experience, a feeling of visiting a distant yet somewhat familiar world. Said visit to the fictional planet of Pandora would be enhanced via 3D technology. Judging by the legions of crowds that waltzed to the multiplex in December of 2009 and well into spring 2010, it obviously struck a chord. Here was a motion picture that got the experience of wearing those pesky 3D glasses right. Everything organically reached out to the viewer, from the Na’vi, the human ships, to Pandora’s fauna and flora.

It was not long before Hollywood understood, or thought it understood, that more movies could benefit from the 3D experience. Avatar was far from the first film to boost its images with three-dimensionality. Movies as far back as the 1950s tried gave it a try, like Alfred Hitchcock’s Dial M for Murder. Even so, the Avatar’s resounding success encouraged a plethora of other blockbusters to emulate the experience. For a few years it felt as though every tentpole release had most of its theatrical screenings in 3D. Clash of the Titans, The Last Airbender, Alice in Wonderland, Piranha 3D, Drive Angry, Hugo, Thor, Planet of the Apes, Immortals, Toy Story 3, Prometheus, John Carter, Marvel’s The Avengers, etc.

Not all the above-mentioned movies did so as convincingly as Cameron’s opus. Then again, not all Hollywood directors are on the same level as the Canuck when it comes to pushing those boundaries and having his way. His team took the daunting challenge of making it an essential aspect of giving life to make believe. In essence, to make the world of Pandora feel as if it really existed on the screen and all around the audience.

Avatar‘s meteoric success did more than convincing people that 3D glasses were not as annoying as previously believed and that a lot of money could be made. It tapped into something that went far beyond Hollywood. Cameron’s crack team of moviemaking wizards had given birth to something special. A large part of that was the symbiosis between the imaginary world audiences experienced and the technology used to bring it to life. If there was ever a movie that represented “escapism,” this was it. People didn’t sit down to watch a movie. They travelled to Pandora, just like Jake Sully (Sam Worthington) via his Na’vi avatar. Some grew surprisingly attached to its lush surroundings. Others alarmingly so.

The intervening years have seen technology-based companies invent products and services that a couple of decades ago were the dreams of science-fiction novels like Snow Crash. If the tech industry was not already big and bold enough prior to December 2009, it has since continued to impress and amaze with ventures that harken back to what Avatar offered. Some are still in development but make headlines because the people behind them are notorious and their plans supremely ambitious.

In October 2021 Mark Zuckerberg’s Facebook legally renamed itself as Meta. Meta is short for metaverse. What incarnations is a metaverse? 8 months onwards and it’s still a bit difficult to define, as evidenced by this recent article published by Wired. In a nutshell, Facebook’s metaverse will invite users to navigate digital worlds with their own avatars. Business meetings, friendly hangouts, cultural events like digital concerts, and even shopping for digital products will be an option. Yes, a digital world in which digital goods can be bought. That’s the plan at least.

The video game industry also flexed its muscles in the past few years with creations such as the Oculus Rift (subsequently the Oculus Quest 2). Players wear large, cumbersome headsets with goggles, enabling them to look all around and see a video game universe with which they interact. However silly the headsets themselves look, there is little denying the impressive creativity. Considering the speed at which improvements are made, one can assume that the experiences will become more convincing and immersive as the years go by.

Very smart, influential tech companies have taken cues from the world Cameron created. Few would dispute the boldness of their ambitions. Fewer still would contest the incalculable know-how, cleverness, and inventiveness of the people in the computer laboratories trying to make things like the Rift and Meta realities. Or virtual realities. You get the point.

In recent years people have been spending more and more time in a variety of virtual realities. No, Meta isn’t fully operational yet and not everyone owns a Rift or similar gaming devices. Nevertheless, one need only consider the number of hours gamers spend in the open worlds offered by the developers of franchises the likes of Grand Theft Auto, Red Dead, or Fortnite. The very concept of wanting to escape to San Andreas or the wild west and, to a large extent, “live” there is very much akin to Jake Sully’s journey into the Na’vi way of life.

The Na’vi connect their braided hair to certain animals to ride them just as people connect to wi-fi networks to navigate the internet. Certain trees and vines hold the spirits of Na’vi ancestors, stories and information that, as Sigourney Weaver’s character literally puts it, can be downloaded. People’s lives in the developped world, and increasingly in the developing one, are connected to wireless networks for all sorts of reasons, be they professional, educational, or pure escapism. People have lives on the internet, however loosely defined those lives are.

Snap Back to Reality

There are multiple ways to interpret Avatar’s conclusion, wherein Jake Sully leaves his human body behind, completely transferring his mind and soul to his Na’vi form. On the one hand, it can be read as a depressing prediction of how obsessed we have become with online connectivity. The more “connected” we are in these virtual realities, the less we are in tune with our everyday lives in the real world.

To channel Cameron’s hopefulness, another interpretation is that Sully is making full use of the connection to be a better person. He has connected with the Na’vi culture, opening his eyes to a better way of life. Although the Na’vi do not really exist, we can make use of these virtual connection to better ourselves too, by learning about the world, new languages, sciences, and new, engaging forms of entertainment.

Jake Sully and James Cameron strive to use new technology to better themselves and their world. So can we.

Beasts of the Southern Wild and the imagination of childhood