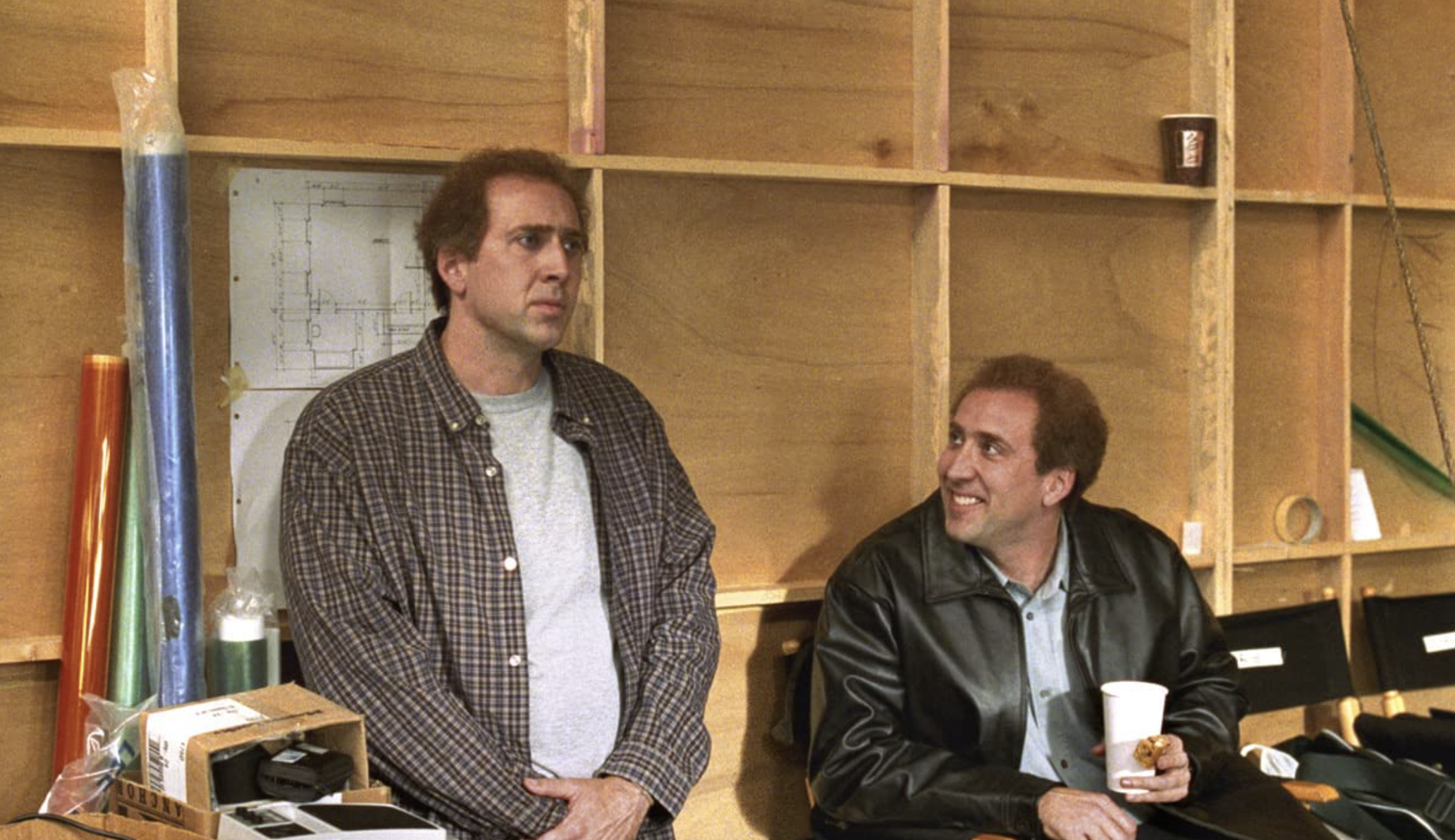 The collaboration of director Spike Jonze and screenwriter Charlie Kaufman has such a distinct look and feel to it that it’s kind of shocking that they only made two films together. The first was 1999’s Being John Malkovich, while the second was 2002’s Adaptation, the latter of which turns 20 years old this week.

Adaptation sought to adapt a bestselling book, Susan Orlean’s The Orchid Thief, in the most unconventional way imaginable: It was about the act of Kaufman (Nicolas Cage) adapting The Orchid Thief, and struggling with this “sprawling New Yorker shit,” as we hear in his nearly constant, neurotic voiceover. Some screenwriters write fictional versions of themselves, making their on-screen alter egos cooler, better-looking, and more put-together than their real selves, but that’s not what happened here.

The film also entails Kaufman confronting fictional versions of author Orlean and subject John Laroche and even having a fictitious twin brother named Donald (also played by Cage), who’s a much hackier (and much more successful) writer than he is.

Charlie Kaufman, in real life, was, in fact, hired to write an adaptation of The Orchid Thief, although it was never made, either in his version or anyone else’s. But the weird fictitious adaptation ended up more successful and was actually made into an acclaimed movie, Adaptation. The title itself is a double meaning, from the adapting of the flowers and the adapting of the novel.

Kaufman was even nominated for a Best Adapted Screenplay Oscar, along with his nonexistent brother, to whom the film was dedicated (Chris Cooper won the film’s only Oscar for Best Supporting Actor). And in fact, Adaptation in its third act turns into the film that Charlie, earlier on, had been clear that he had no interest in making- but was exactly the film Donald would himself write.

While not quite as absurd as Being John Malkovich had been, Adaptation was indeed plenty weird. Large chunks of it are Charlie writing, alone, and berating himself. Eventually, Orlean and Laroche (played by Meryl Streep and Chris Cooper) enter the story as increasingly exaggerated versions of themselves. We even get a version of screenwriting guru Robert McKee (Brian Cox), who appears to represent everything Charlie Kaufman is against (and “Donald Kaufman” is for).

The best scene of the film has Donald pitching his idea for a movie: The Three, a thriller, the sort of thing that was in vogue at the time, in which the hero, the villains, and the girl all turn out to be the same person, someone with multiple personalities.

Jonze and Kaufman, strangely, have not worked together in the 20 years since Adaptation. But that film showed the potential of what a truly wacky idea could lead to.

Last Film Show Escapes Within Its Own Love of Movies

Good Will Hunting at 25: How Do You Like Them Apples?