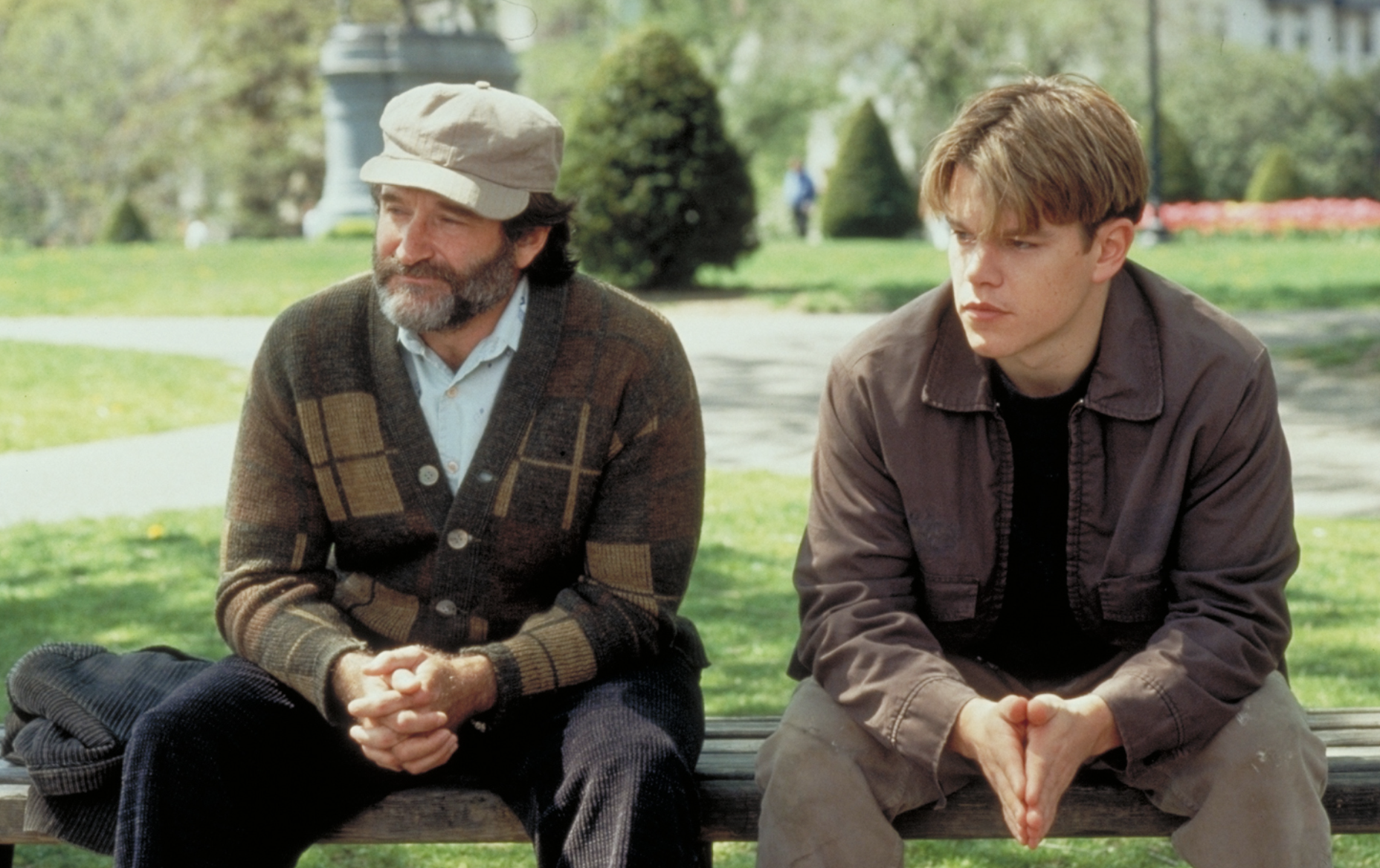 In December of 1997, two historically significant films were released: James Cameron’s Titanic, and Gus Van Sant’s Good Will Hunting. Titanic was the more significant cultural phenomenon, breaking box office records and sweeping the Oscars, but Good Will Hunting was the better story.

It’s one everyone knows by now: The film was written by then- up-and-coming actors Matt Damon and Ben Affleck, both bit players five years earlier in School Ties, with Affleck having starred in Dazed and Confused and Mallrats, as well as Chasing Amy a few months earlier, and Damon in The Rainmaker. The two Boston-area natives set the story in their hometown and insisted on playing two of the main parts themselves.

They held out to make the movie themselves — along with director Gus Van Sant and some reported mentoring from legendary screenwriter William Goldman — and then they did; it was a huge hit, cementing the two of them as movie stars and winning them Oscars for Best Original Screenplay.

Good Will Hunting, which marks its 25th anniversary this week, holds up very well. It’s got a lively screenplay and fine performances all around, and it consistently delivers emotional payoffs.

Damon stars as Will Hunting, a 20-year-old working-class South Boston native who is a self-taught genius. He hangs around Southie with his crew (Affleck, his brother Casey Affleck, and Cole Hauser), while also starting to date an English Harvard student (Minnie Driver).

Working as a janitor in a math building at MIT, he makes a habit of anonymously solving complex mathematical proofs put to students by professor and Fields Medal winner Gerald Lambeau (a shockingly young-looking Stellan Skarsgård.)

When Will is arrested in a fight after a Little League game, the professor gets the judge to offer a reprieve, if Will agrees to work on math equations with Lambeau and to see a therapist, who ends up being the professor’s old Harvard roommate, Sean Maguire (Robin Williams.)

Williams won an Oscar for his turn as probably the most fascinating and multifaceted character he played in his career. Maguire is, like Will, a Southie native of working-class background, a Vietnam veteran still mourning his late wife. In perhaps the film’s best scene, he confronts Will by telling him that he might be the biggest genius in the world, but he’s never really lived.

There are the other classic scenes, whether it’s the “how do you like them apples,” where Will impresses a girl by outsmarting a Harvard guy, or Affleck telling Damon he’ll forever wish to come to Damon’s house some morning and not have him be there.

There is a lot that grounds the film in the ’90s, starting with the ever-present fear of “selling out,” as well as a monologue from Will about geopolitics that seems straight from the work of Noam Chomsky. There are various scenes, something so subtle I likely missed it on initial viewings, of the professor hitting on and flirting with much-younger female students.

There’s a joke, made by Williams, about a “sex-change operation” that kind of lands with a thud today. Damon and Driver had a real-life romance that ended badly, leading her to make occasional public comments on what a jerk he was, and yes, Good Will Hunting was one of many important ’90s films produced by Harvey Weinstein and Miramax (Williams thanked the “Weinstein mishpocha” from the stage at the Oscars.

Even so, Good Will Hunting is very much worthy of its reputation as one of the best films of the very strong movie year of 1997.