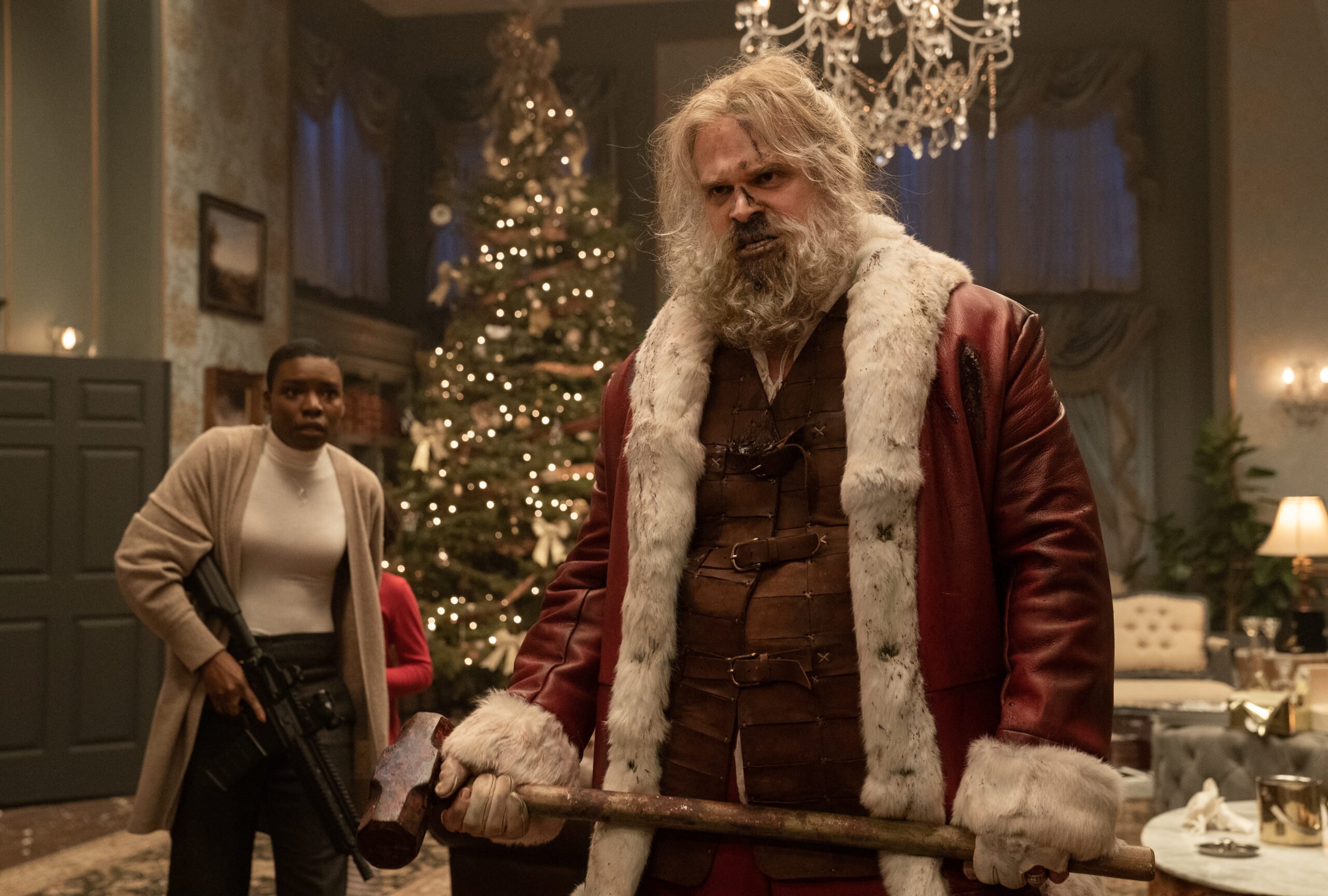 Kris Kringle, St. Nick, or Santa Claus is a figure so lauded, revered, and universal that he is not only synonymous with a single holiday season but an ingrained feeling, capturing a sweeping sense of joy, warmth, and nostalgia that continues to reverberate and ring loud amidst the bitter weather that embroils it. Yet, in our cynical, pessimistic times the lustre of Father Christmas has all but begun to fade, transmogrifying into a grating, almost infuriating presence that both fails to reflect and increasingly exacerbates the true melancholy and despondency of the Christmas season.

As a result, many cinematic renditions of Santa have attempted to capture these feelings, either attaching to the indelible warmth and whimsy of the legendary figure or brandishing a more foul-mouthed, raunchy persona— a la Bad Santa. There has yet to be an experience that synthesizes both to create an all-encompassing edition that simultaneously taps into the cynicism and inherent kindness this figure has come to embody. Until now.

The release of Tommy Wirkola’s Violent Night finally cements the definitive Santa of our time. Both relishing and marrying youthful whimsy and mature sardonicism in a bonkers, ultra-violent genre mashup that boasts some of the greatest gore in recent memory and inventive gags that make the best of its Christmas framework.  The words “new Christmas classic” are used to such an extent the praise has lost much of its power, but Violent Night reintroduces vigour, vibrancy, and force to it, never taking itself too seriously, both satirizing and celebrating the season and its filmic output. A blood-splattered, utterly vulgar, and beautifully misanthropic Christmas card.

On the face of it, the plot centering on a rich family taken hostage by a band of thieves on Christmas Eve exactly when Santa is delivering presents is a far cry from special, but the execution is what puts it on the cinematic nice list, chief among them being its version of jolly ol’ Saint Nick himself.

David Harbour’s Santa is one that is disillusioned, sucking in Christmas cookies and pints to carry him from one house to the next. Labeling the children of today “little junkies” who fleetingly enjoy their presents before wanting more, more, more, he laces his milk with whiskey before going on to urinate and vomit off his sleigh. Screenwriters Pat Casey and Josh Miller, along with Wirkola’s deft genre-blending direction, craft a unique anti-capitalist Kris Kringle who echoes what Christmas has become for many. The fact that he recaptures his holiday spirit through bashing in skulls and sifting through viscera only serves to further heighten and exemplify this. Disgusted with greed, ultimately burnt out, and utterly cynical, if Santa truly existed today, he would resemble Harbour to the letter. Yet, despite the gore and dark comedy, Claus still believes in the importance of the season, imbuing the misanthropy with a much-needed heart, truly cementing Harbour’s cinematic St. Nick as one for the ages.

Wirkola’s masterfully designed and choreographed action not only strengthens the film’s definitive, kick-ass Santa but is arguably it’s greatest offering. Take an early skirmish where Santa pulls toys out at random from his magical sack in the hopes of finding a weapon, unearthing only videogames and Die Hard on Blu-ray until he lodges a decorative star into his opponent’s eye socket, plugging in the lights so that his foe’s skull catches on fire. Utterly ingenious brawls like this one populate the running time, bringing forth a bevy of stupidly brilliant brawls that feel at once improvised, desperate, and impeccably staged. Candy canes are sucked into shivs, Nutcrackers fulfill their purpose in the most devilish ways, and icicles are made the most brutal of makeshift weapons, all culminating in one of the greatest final kills of all time.

Moreover, the action, while inventively insane, creatively ties into the mythos of Santa as well, tapping into the pagan history of the figure, positioning him as a Viking warrior who wields a sledgehammer with brutal artistry and is teeming with Norse tattoos. Additionally, one of the film’s action sequences reimagines an R-rated Home Alone where Leah Brady’s wide-eyed Trudy, recently inspired by the Christmas classic, dispatches the thieves in an escalating series of traps that rouse, surprise, and generate ovation in a refreshingly vicious manner.

The laughs and imaginative action come at the audience with such unrelenting force that everything in between occasionally lulls, as Wirkola’s stellar violent comedy supersedes his comedy of familial quarrels to a damaging degree. Alex Hassell and Alexis Louder as Trudy’s separated parents fail to become anything more than plot devices. Thankfully, Beverly D’Angelo as the wonderfully irreverent matriarch shines as she wryly posits her daughter (Edi Patterson) should have beat her son (Alexander Elliot) while he was a toddler.

John Leguizamo continues his streak of winning supporting performances as the wickedly hilarious “Mr. Scrooge”, a mercenary leader who lives up to his epithet with great one-liners like “bah humbug motherf**cker”. He often stands toe-to-toe with Harbour’s Santa, never relinquishing his threatening presence while being utterly electric and hilarious. Each of his henchmen is eclectic and varied getting their own time to shine, never becoming throwaway fodder for Santa’s bloodied hammer.

Violent Night is the rare genre mashup that is reflective of what the modern holiday season represents for many people. It’s brimming with both warmth and cynicism, cementing a Santa perfectly attuned to the times and emblematic of the joy and anguish that pervades this time of year. It’s a new Christmas classic wholly deserving of that moniker, firmly and boldly inserting itself within the canon of holiday greats, alongside the very films it riffs.

Good Will Hunting at 25: How Do You Like Them Apples?

Four Samosas is a Pleasant Surprise from Little India