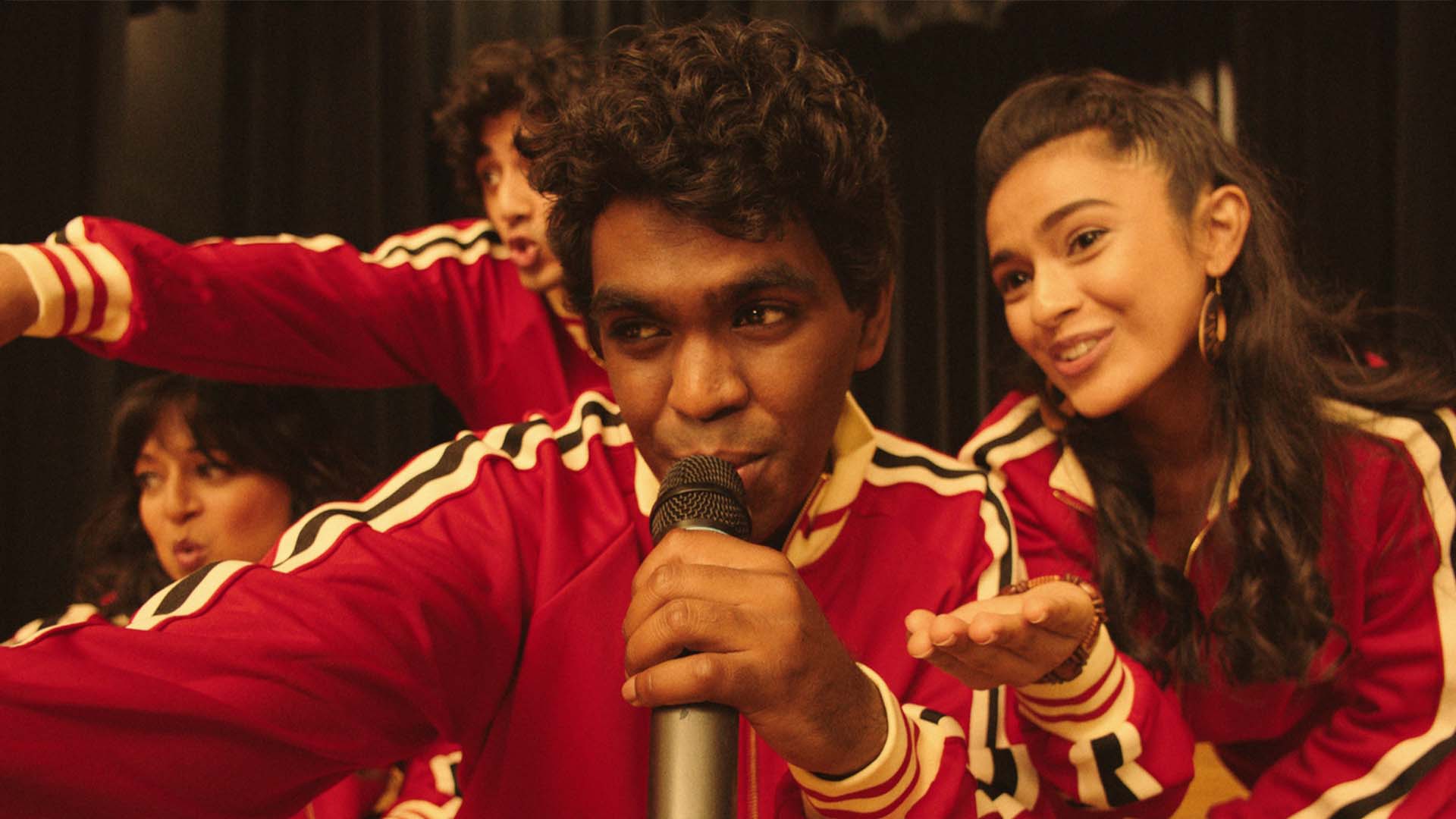 An underdog triumph out of Los Angeles County’s Little India section, Four Samosas answers the question of what an early Wes Anderson film would look like with an all-South Asian cast.

Directed by Ravi Kapoor, Four Samosas very much resembles Anderson’s 1996 debut film Bottle Rocket, both with its visual style and in the way the characters approach an ill-advised heist. Also taking Napoleon Dynamite as a clear inspiration, the film coasts on the charm of a likable cast. It’s both a loving homage to a very specific culture — the film’s PR materials call it a “love letter to Little Indias” — but it’s also a story with a great deal of universal appeal.

Venk Potula stars as Vinny, the film’s protagonist, a struggling aspiring rapper who works in a sari store, still sad about his ex-girlfriend (Summer Bishil) dumping him, even though the breakup wasn’t especially recent. She’s also newly engaged to Sanjay (Karan Soni), a guy he hates.

So in order to exact some revenge, and make the marriage impossible, Vinny gathers his friends to rob the grocery store owned by the ex’s wealthy father, in order to take her dowry diamonds.

Each of the members of Vinny’s crew has a different motivation for their participation, whether it’s one friend’s dreams of a career in Bollywood, another seeking to help out a sick relative, or their false belief that the diamonds are illegal and they’re doing a good deed.

The friends include the brainiac Anjali (Sharmita Bhattacharya), the Paru (Sonal Shah), and Zak (Nirvan Patnaik), the aspiring Bollywood guy.

Things do not exactly according to plan, but things end up on a positive note. Sure, it’s one of those movies that are on the side of a male protagonist obsessed with his clearly unwilling ex, but the overall charm factor is so high that I didn’t mind. And in this season of overlong movies, many of which are approaching or exceeding the three-hour mark, Four Samosas clocks in at a lean 80 minutes.

Yes, this is the type of film that’s going to be denounced by its detractors as “twee,” although I tend to end up always liking such movies.

A Tribeca Film Festival debut back in the summer, Four Samosas is coming out this week on VOD as well as in some theaters, through IFC Films’ distribution. It’s one of the season’s more appealing underdog movies.