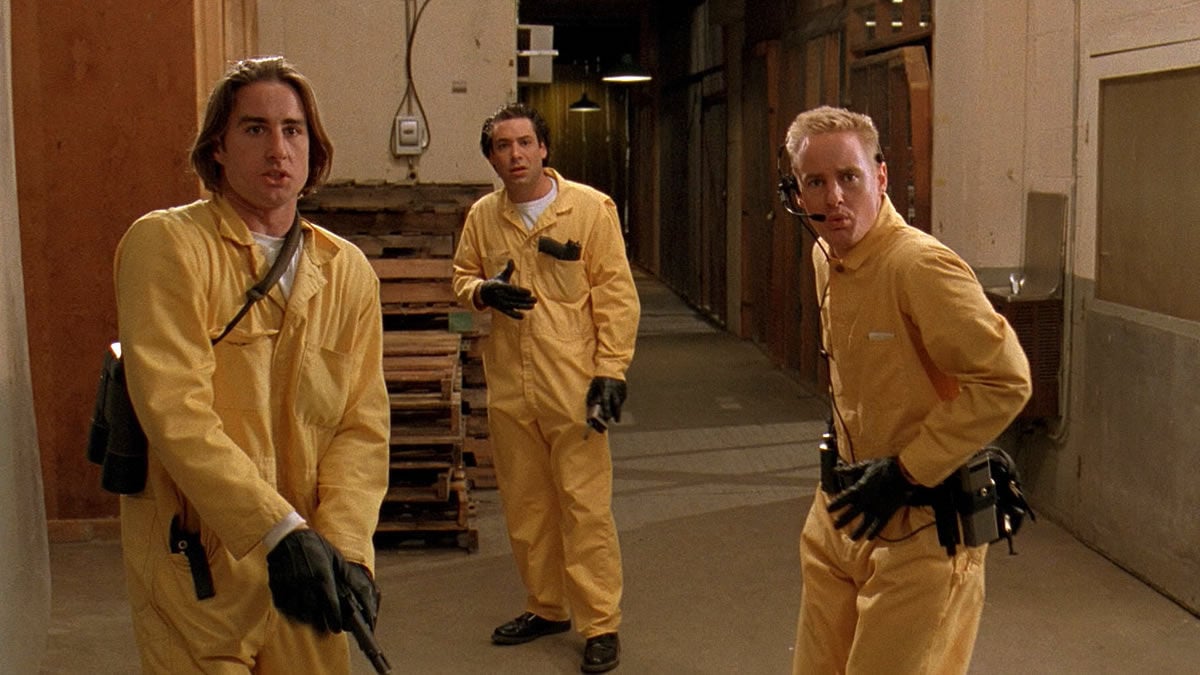 Bottle Rocket, released 25 years ago this week in February of 1996, was Wes Anderson’s feature debut, based on the black-and-white short of the same name that he made a few years earlier. It’s a bit different from Anderson’s later work, mostly in that the director hadn’t quite come up with the aesthetic style that would become synonymous with his work, starting with Rushmore two years later.

But in Bottle Rocket, there are the bones of what Anderson would do in movies like Rushmore, The Royal Tenenbaums, and his subsequent films, mostly in the areas of character work and humor.

Bottle Rocket, in itself, was very much of a piece with the mid-’90s indie ethos, inspired by “two guys hanging out” comedies like Clerks, Quentin Tarantino’s movies about philosophical and bantering criminals, as well as the Texas indie tradition of Richard Linklater’s early work.

The film starred then-little-known brothers Luke Wilson and Owen Wilson. Luke plays Anthony, a man just out of a mental institution, and Owen is Dignan, his troublemaking buddy. Along with a crew that also includes Bob Mapplethorpe (Robert Musgrave), and assisted by landscaper/established crime boss Mr. Henry (James Can) they decide to embark on a career of small-time crime.

It’s a pretty old idea for movies to depict characters becoming criminals when they don’t really know what they’re doing. But Bottle Rocket finds a more creative way to handle this premise, starting with the notion that no, these amateur criminals aren’t actually going to come out on top.

There’s also a sweet romantic subplot between Anthony and a housekeeper named Inez (Lumi Cavazos, who had starred in Like Water for Chocolate a couple of years earlier.) It succeeds despite the two of them not speaking the same language.

There are all kinds of mysteries of Bottle Rocket I’ve never been able to solve. Why does the sidekick have the same name as the notorious homoerotic photographer? Why is his brother (played by third Wilson brother Andrew) called “Future Man”? And why did Musgrave, the actor who played Bob, never appear in another Anderson project?

The film was produced by the likes of James L. Brooks and Polly Platt, the longtime Hollywood figure whose treatment by the industry, and by her ex-husband Peter Bogdanovich, was the subject of the most recent season of the great Hollywood history podcast You Must Remember This.

Bottle Rocket may not be Wes Anderson’s greatest film, but it remains funny, charming, and very rewatchable.

I Care a Lot— Well-acted, but Suffers Thriller Clichés