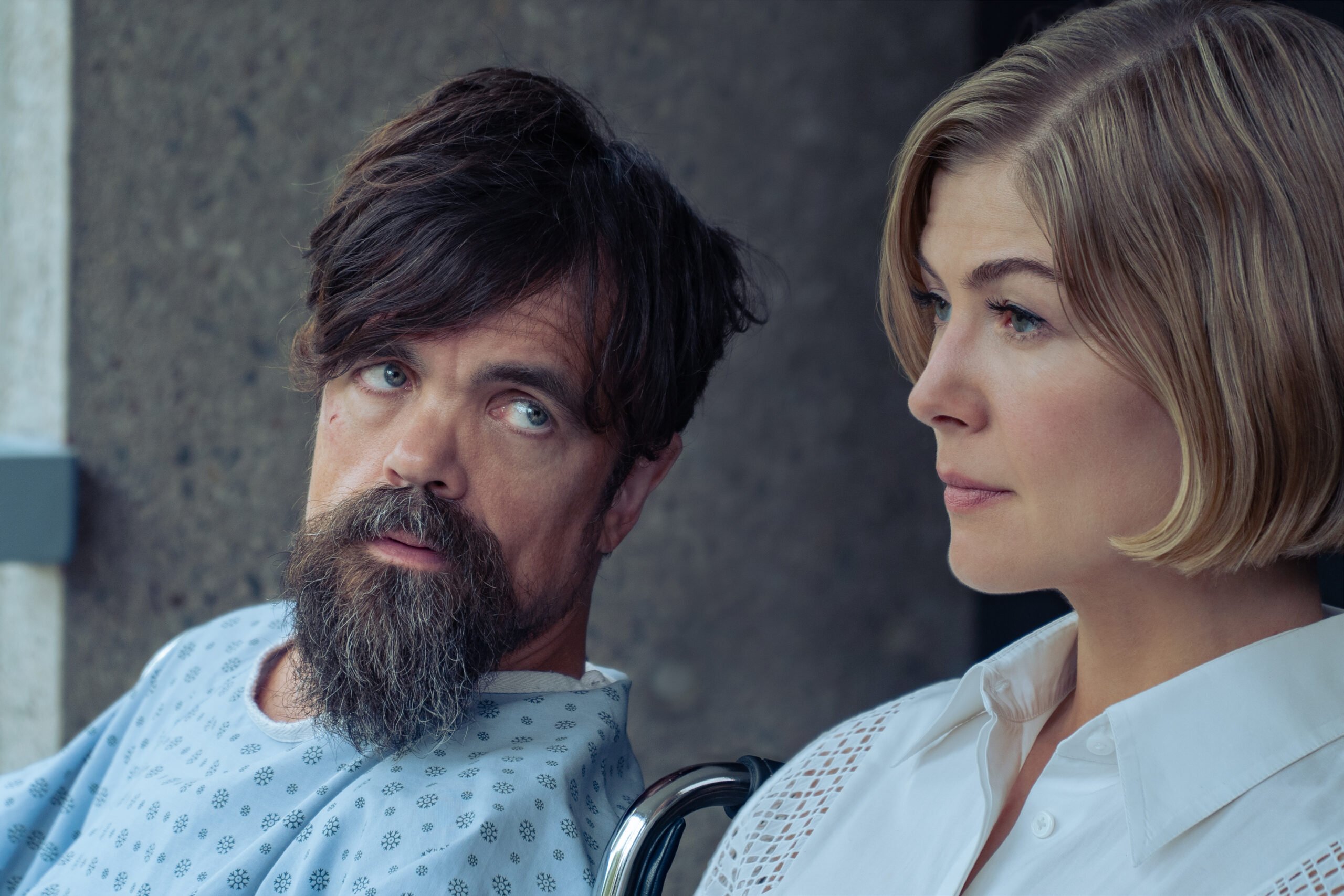 I Care a Lot is a movie with an absolutely killer premise, featuring a cast of performers who have mostly underused by movies in the recent past, and it moves at a brisk and entertaining pace for its first two-thirds.

It’s sad, though, that the film collapses into thriller conventions in its final act, while ultimately making itself a too-obvious parable about capitalism, rather than continuing to be about the things it was about at the beginning. It’s a good film but could have been better.

I Care a Lot was written and directed by the filmmaker known as J Blakeson, an English director best known for 2009’s The Disappearance of Alice Creed.  The new film, a TIFF debut that was originally set for release last year by STX, was picked up by Netflix for a mid-February release, although it’s officially a 2020 movie.

The hook is an intriguing one. Rosamund Pike stars as Molly Grayson, a woman who’s part entrepreneur, part con artist: She runs a scam in which she gets herself declared the legal guardian of wealthy elderly people, and uses that position to rob them blind. And her guardianship, and the laws that make it possible, make the scam technically legal.

Molly, along with her girlfriend (Baby Driver‘s Eiza González), executes the scam with the unwitting help of a judge (The Wire‘s Isiah Whitlock, Jr.) and the very much witting help of a doctor (Alicia Witt.) But the con hits a snag when the latest victim of the scam (Dianne Wiest) turns out to be related to a notorious gangster (Peter Dinklage.)

It’s hard to overstate just how well these elements fit together, at least in the film’s early going. Pike came out of nowhere to give that dynamite turn in Gone Girl, and while she’s had some acclaimed parts since (in films as different as A Private War, Beirut, and Entebbe), this is the kind of meaty part she hasn’t had since the 2014 Fincher film.

Peter Dinklage, for his part, hasn’t gotten nearly the movie roles he should have since he was cast on Game of Thrones, and it’s a really, really great idea for him to play a menacing mobster. And Wiest, who was pretty scarce for a number of years, continues her resurgence of late, in her mid-70s.

It extends deep into the supporting cast too- Chris Messina shows up for a few scenes as a smarmy lawyer, before unfortunately disappearing. Alicia Witt doesn’t get cast nearly enough these days, outside of Hallmark Christmas movies, and Macon Blair has an amusing turn as a henchman.

It’s a bit questionable that someone could run a scam like this for any length of time and not get caught, but we’re meant to go with it I suppose.

So it’s a big disappointment when I Care a Lot, about two-thirds of the way in, becomes something of a conventional thriller and then pivots again to deliver a heavy-handed lesson about capitalism and the American Way. It’s not quite as painfully on the nose as the “all of America is one big strip club” speech at the end of Hustlers, but when it comes to making the subtext text, it’s in the same ballpark.

For those performances and the concept, I Care a Lot is worth the Netflix click, but it doesn’t quite sustain its strong start.

25 years ago, Wes Anderson’s Bottle Rocket was the start of something great