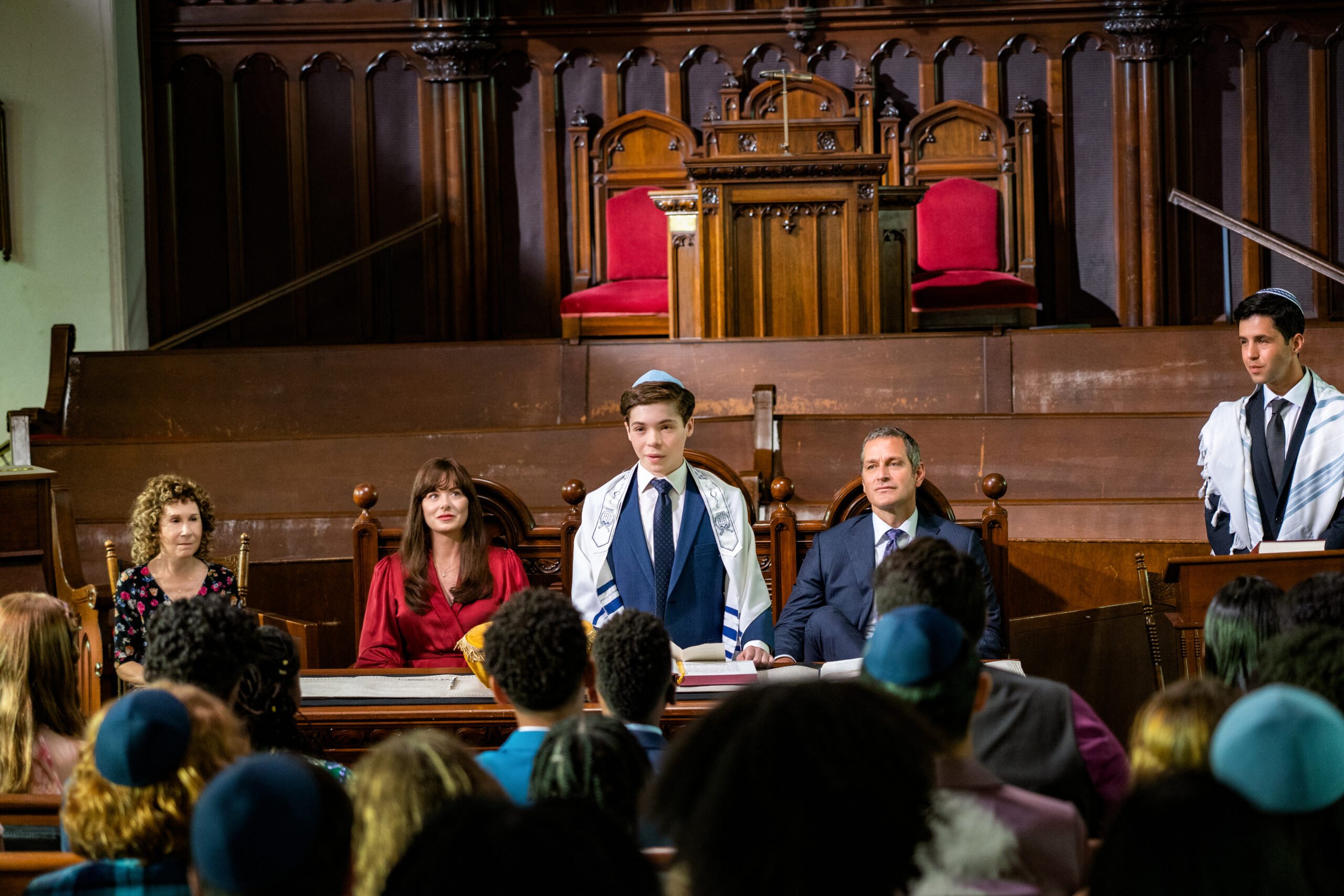 A few years ago,  Jason Robert Brown wrote a musical, later adapted into a movie, called The Last Five Years. It featured a man, prior to having sex with non-Jewish women, singing a song listing all the Jewish women he had rejected in his life up to that point.

Now, with 13: The Musical, Brown has mostly made it up to the Jewish people, with a delightful story of a young kid, forced by his parents’ divorce to move from the Upper West Side of Manhattan to small-town Indiana. It’s a bit disjointed, and things don’t quite add up, but 13 draws lots of mileage out of fantastic songs and a likable young cast.

I should note that as a Jewish guy who loves musicals, has lived in both the Midwest and New York, and has a son preparing for his own Bar Mitzvah, this movie is very much in my wheelhouse.

13: The Musical is an adaptation of Brown’s Broadway stage musical from 2007, which is probably best known both as the first New York stage show with an all-teen cast, and for featuring Ariana Grande’s Broadway debut.

The premise is that Evan Goldman (Eli Golden), a 12-year-old New Yorker preparing for his Bar Mitzvah, is forced by his parents’ sudden divorce to suddenly move to his mother’s small Indiana hometown, where he’s the only Jewish kid for miles around. (Yes, it’s squarely in the Falsettos tradition of a musical in which a boy’s parents get divorced in the immediate run-up to his bar mitzvah.)

In the film, directed by Tamra Davis, Evan lives with his mother (Debra Messing) and grandmother (Rhea Perlman), and worries about leaving all he’s ever known behind. That includes his father (Peter Hermann), who has left the family for another woman.

He quickly befriends shy girl Patrice (Gabriella Uhl), but soon after leaves her behind to hang out with a group of popular kids (who are, let’s just say, surprisingly racially diverse for a small town in rural Indiana.) The story, for much of its middle third, is all but taken over by a subplot in which two girls want to kiss the same boy, neither of whom is Evan. That the plot is all about kissing just shows how chaste and G-rated this whole thing is. And most of the film’s conflict is based on silly misunderstandings.

Sure, the film takes its eye off the ball at various times. Evan doesn’t feel particularly like a New Yorker, while the town feels absolutely nothing like a small town in the rural Midwest, starting with the complete lack of guns or Trump flags. Very few, if any, of the kids are believable as 12- or 13-year-olds, and seem closer to 16 or 17.

But I didn’t much mind of that, because the film is such a damned delight. The performers are all likable, the musical numbers well-mounted, and Eli Golden’s Evan Goldman (do I have that backward?) an engaging lead. And the plot leads up to a unifying lesson about forgiving mistakes, tying together both the kissing plot and the part about the father.

The film gets the Jewish stuff mostly right, starting with the character of a rabbi (Josh Peck) who reminds me of just about every “youth rabbi” in his mid-30s that I’ve ever known.

The movie is much better and not nearly as condescending as The Prom, the last time a Netflix musical involved people from the coasts arriving in a Midwestern small town.