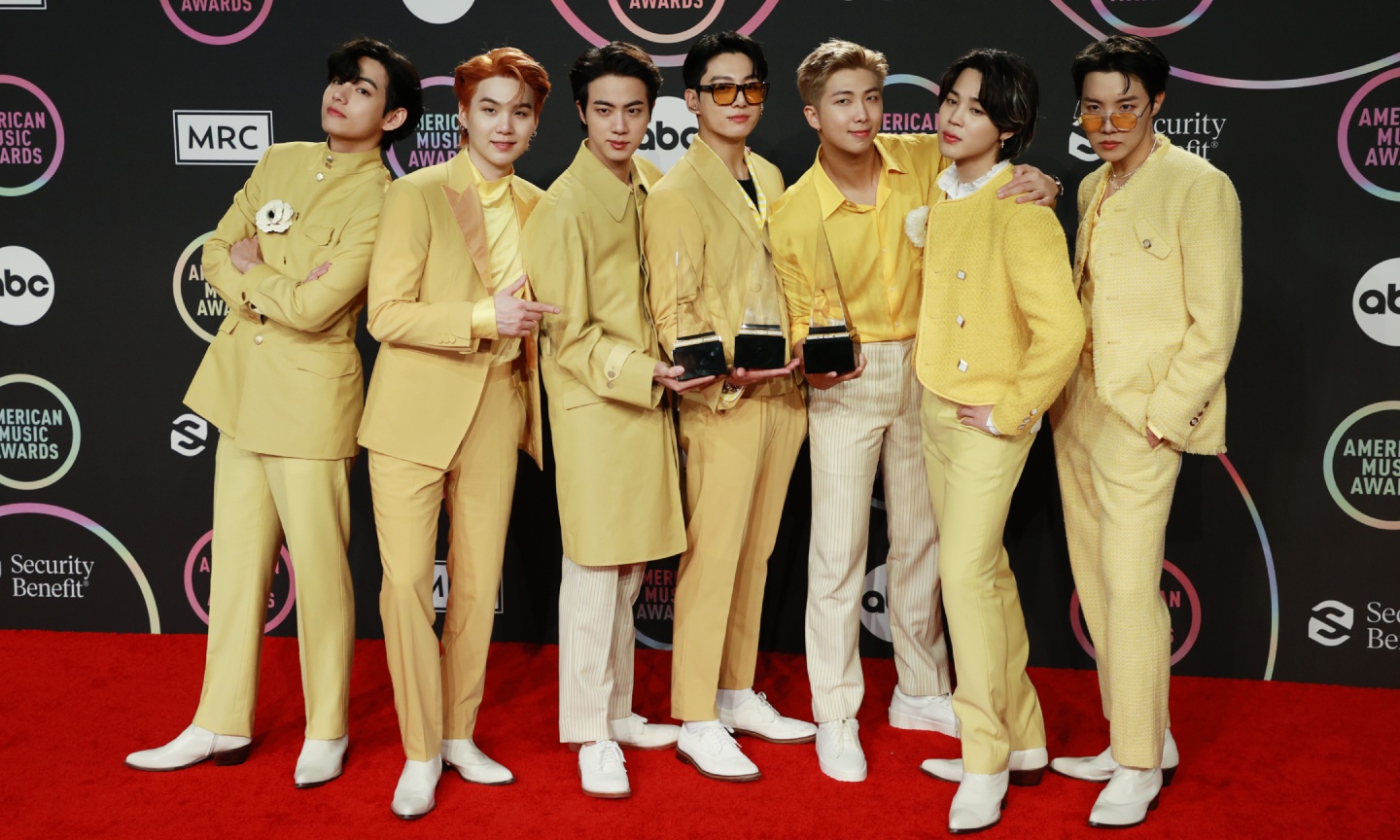 It truly has been a while since I have spoken about the record breaking, system smashing legends that are BTS but today I am back to wax lyrical once again as our boys have once again outdone themselves by winning all three of the awards that they were nominated for last night at the American Music Awards, including the Artist of the Year award.

It’s not too much of a surprise for BTS to win everything that they have been nominated for. They do it quite frequently actually and ever since they started getting nominated for awards at the AMA’s- back in 2018- they have successfully won every award for which they were nominated. However, there was something different about the victories for the group last night. They took home the trophy for Favourite Pop Duo or Group, which they have won since they started getting nominated for it back in 2019. However, they also took home two major trophies that previously tended to be dominated by American acts: Favourite Pop Song for “Butter” and Artist of the Year. “Butter” is one of their entirely English songs but it is still pretty ground-breaking that a Korean group were able to take home the award for best pop song, a category that features artists such as The Weeknd and Ariana Grande and Olivia Rodrigo. It’s a hugely impressive achievement but it is their Artist of the Year award that has given the group yet another broken record to add to their list.

BTS are the first ever Asian act to win The Artist of the Year at the American Music Awards and- much like their other long list of achievements- this is a huge step for multiculturalism in the western music industry. I often bang on about how BTS are breaking the glass ceiling in so many ways but I just cannot help but feel excited about these sorts of developments. It genuinely feels like we are watching history in the making with each win and each new achievement and it is incredible to watch it unfold. Considering they were up against five musical giants of this generation- including Ariana Grande, Drake and Taylor Swift-all of whom are American, this is insanely monumental. The progression in the western music industry may be slow but it is certainly on the move and this victory for BTS is strong evidence of this. Here’s hoping that they will continue to climb and keep paving the way for artists from all over the world to make a dent in the global music industry without prejudice.

Make sure to watch the performance of “My Universe” with Coldplay and BTS from the AMA’s below as well as their performance of their award winning pop bop “Butter”, (they were meant to perform it with Megan Thee Stallion but she had to pull out of the awards at the last minute for personal reasons) complete with some lovely yellow outfits. Honestly, they could wear garbage bags and they would still be beautiful.