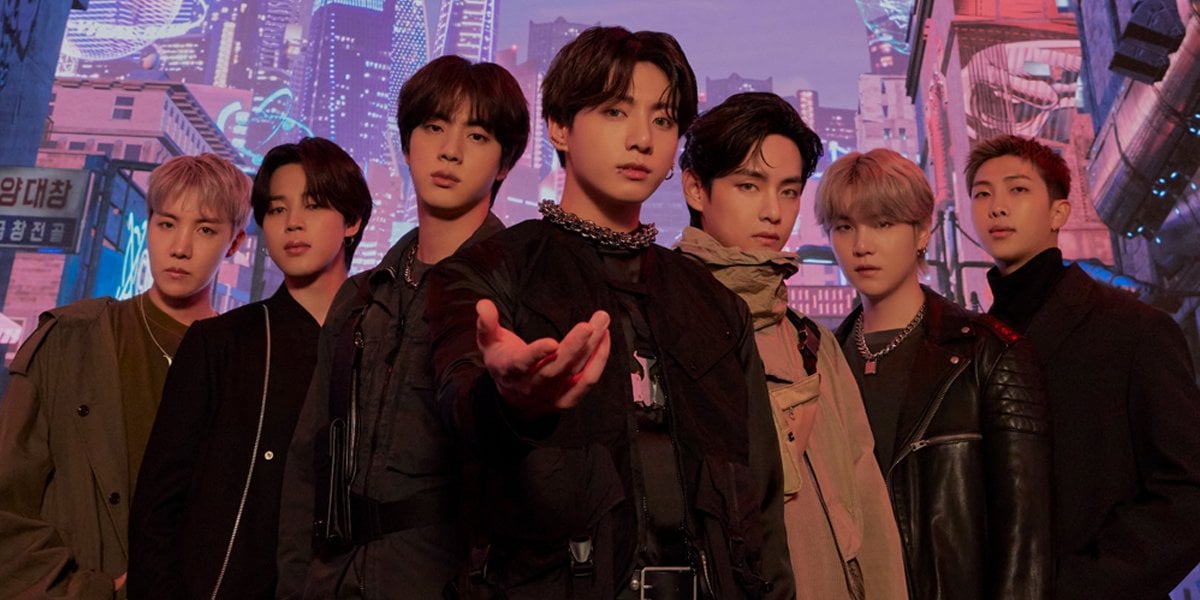 South Korean entertainment company HYBE Corporation are most known for being the agency behind global sensations BTS -as well as popular boy bands Tomorrow x Together (or TXT) and ENHYPEN- but they are also building an entire brand of new and exciting forms of entertainment as demonstrated by a recent company briefing session that was held with the community via their YouTube channel. In this briefing, the company showed off four upcoming webtoons – due to collaboration with Naver Webtoon- for their bands including one that could possibly be for an upcoming, as of yet unannounced girl group.

All Images Courtesy of HYBE

There will be a webtoon for each band: The Star Seekers for TXT, Dark Moon for ENHYPEN and Crimson Heart for the upcoming girl group (though that is still under speculation at the time of writing). The webtoon that has caused something of a stir is the one that will star BTS called 7 Fates: CHAKHO. According to HYBE, BTS’s webtoon will focus on seven men who are bound together by fate and seeking to avenge the loved ones they have lost whilst protecting their city from monsters known as the “Beom”. Beom is the Korean word for tiger and the monsters in this webtoon seem to be mythical beasts of some kind with hints of actual tigers thrown in there.  There is also a sense of real world Korean folklore blended into this story. During the Korean Joseon Dynasty, tiger hunters were  required to keep various places safe from wild tiger attacks (and bears too) and so this the combination of historical facts, fantastical elements and the biggest band in the world right now is sure to be an enticing prospect.

The teaser for the webtoon showed off some Marvel Cinematic Universe level concept art as well as a bit of insight from the band themselves, who offer titbits of information about their characters, the setting and the mystical elements of their roles as defenders against the “Beom”. I for one am super excited to see where they go with this webtoon as well as the webtoons featuring the other HYBE label bands as it seems like a real effort is being put in to actually creating an interesting and intricate story that entertains as well as educates in terms of the elements of Korean mythology and Korean history that are being included. It also kind of looks like a glorified fanfiction and I am honestly so okay with that.

7 Fates: CHAKHO is set to be released on January 15th with Dark Moon following the next day- January 16th– and The Star Seekers right after on January 17th. No word on Crimson Heart as of yet due to the girl group not yet debuting but hopefully their story will be just as intricate and creative.