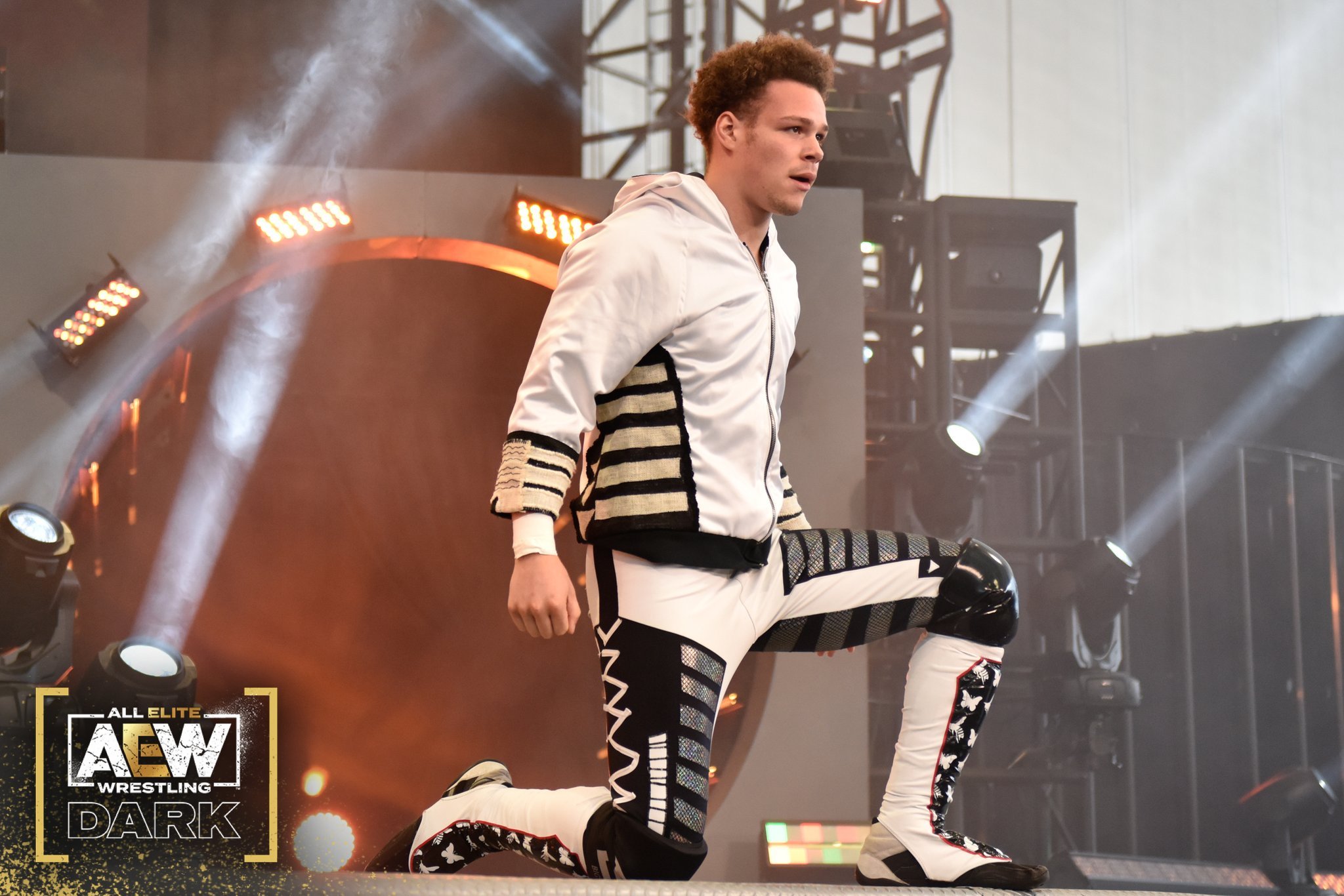 The Future of Dante Martin

Dante Martin’s part in the trio’s match alongside the Sydal brothers on the recent episode of AEW Dynamite -August 11th, 2021- was a showcase. It gave the AEW faithful a proper look at the talented prospect and made a statement in the process. That statement? Dante Martin could be AEW’s next big thing.

We’ve seen a sampling of what Dante can do as part of tag team Top Flight alongside his brother, but with Darius being out of action since February of 2021, Dante has been on a bit of a solo streak -sort of. So let’s have a look at why Dante Martin could be a big deal in AEW and how we could potentially get there.

It’s been talked about before on Goomba Stomp, but it’s worth mentioning again. In a previous article –link here– I mentioned how AEW builds their good guys, the babyfaces. It’s harder to build up a good guy than a bad guy in a post-Attitude-Era world. People are more reluctant to cheer someone whose main characteristic is being “nice” or “brave”. Hence why the most popular stars from the late nineties onwards were anti-heroes, the ones who aren’t perfect. That’s why Rocky Maivia was booed yet The Rock was loved. It’s also why people like Darby Allin, Mox, and Hangman Page. Though AEW has found a way around it.

Jungle Boy, Kris Statlander, the now-ironically named Dark Order. All wholesome, all good, all loved. The way AEW does it is by only pushing good guys who get over organically with the crowd. It’s a lesson they learned very early on with Hangman Page who’s early months in AEW were about as interesting as plain bran flakes.

Based on the recent match between Dante Martin and the Sydal brothers against The Elite -Omega and The Young Bucks- Dante has all the potential for a Jungle Boy-esque babyface rise.

A team so talented and young that it’s almost irritating, the 20-year-old Dante Martin and 21-year-old brother Darius Martin debuted for AEW in October of 2020 as Top Flight. As Darius was injured in February of 2021, we’ve not seen too much from him on AEW programming -especially considering they were mostly featured on Dark. Since then though, Dante has become a bit of a standout.

Over the past few months, Dante Martin has been getting a long string of wins on Dark and Elevation. Not so much on Dynamite, but the pins are still racking up. His acrobatic style is getting over massively with the fans too. AEW fans love their flips. Other stuff too of course, but yeah, we like high-flyers. There are few more athletic in pro-wrestling than Top Flight.

The match against Kenny and The Bucks gave us exactly what we needed to see from Dante. He played the role of the hot-tag after a nice early sequence from the Sydals. From there it was an excellent run of babyface fire and athletic prowess -you’ll find the clip above. The crowd started mild, but by the mid-point of Dante Martin’s section they were well and truly invested. Innovative offense and an impressive move-set all executed well and in quick succession. Pro-wrestling is more than just moves of course, but, damn, this was a spectacle.

Where Do We Go From Here?

Based on the spree of wins and Dante’s display against The Elite, an upper-card run almost seems inevitable. Though considering how young he is and with the impending arrival of CM Punk and possibly Daniel Bryan, you can’t see it happening soon. However, that’s fine. There’s all the time in the world.

A similar route to that of Jungle Boy would likely be on the cards. A long, slow build-up over time, leading to some unsuccessful title challenges. Most likely for Dante it will be for the tag straps alongside Darius. It’d be a good move too. Tag matches are where Dante shines as the multiple people involved allow for a faster pace and more room for spot setups. A singles run requires more ring-psychology and storytelling, something we’ve not seen from Dante quite yet. We’ll get there of course, but remember, there’s no rush. Dante Martin will be a star, in time.

The Debut Of CM Punk In AEW and What’s Next

A Look At AEW Rampage Episode One