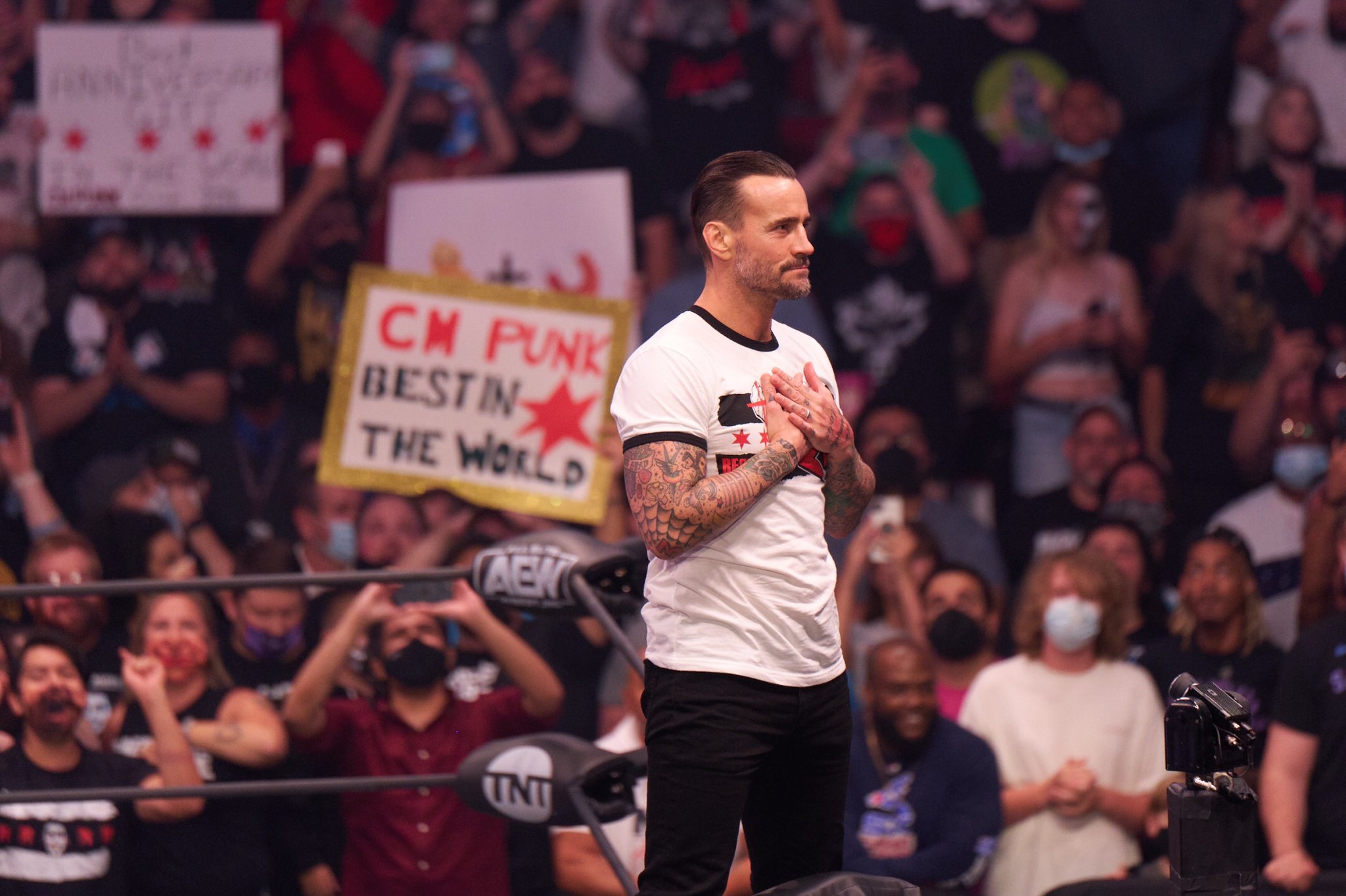 It doesn’t get much bigger than this!

“CM Punk! CM Punk! CM Punk!” and so on. It’s a chant heard throughout wrestling for the past seven or so years, despite the subject of the chant being inactive during that time. Well, that’s no longer the case. CM Punk is back, and now in AEW.

Alongside the rumours of Daniel Bryan’s potential AEW debut, CM Punk to AEW was quite well-known in the internet wrestling community. That didn’t make the reveal any less exciting though. After all, considering that WWE wheels out their legends every time Raw dips in ratings, there are very few truly monumental returns left in Pro-Wrestling. It doesn’t get much bigger than this.

So How Did We Get Here?

CM Punk’s time in WWE may have been unpleasant for the man himself, but there’s no denying that it cemented him as a wrestling star. While he may have been an indie darling during Ring of Honor’s early years, it was his time in WWE that elevated him to such lofty heights -even if that wasn’t by WWE’s own design.

After an unceremonious separation in 2014, Punk left the promotion vouching never to return to the ring. Well, that turned out not to be the case in the end -thankfully- though it did take seven years for a return to happen. As they say: “absence only makes the heart go fonder.”

Post-2014-retirement, Punk swapped the squared circle for an octagonal one. Even if the MMA world ultimately didn’t take to Punk as the wrestling one did, it was clear that there would always be a warm welcome on a future return to Pro-Rasslin’.

Every time a wrestling show would hit Chicago, chants of CM Punk wouldn’t be far behind. It’s a level of affection from fans only seen with the likes of Stone Cold Steve Austin and Hogan -and that’s not hyperbole. So, for anyone reading who may have missed the prime of Punk in WWE and are wondering what all the hullabaloo is about. Well, you don’t get the moniker ‘Best In The World’ for nothing.

We knew it was coming. You don’t have the largest crowd in AEW history, during a non-pay-per-view may I add, for nothing. It was in Chicago, so it was either Punk or a riot. AEW chose wisely. Still, it didn’t matter if we all knew. For many, CM Punk was the biggest potential return left in wrestling. Bryan came back, Edge did too. Sting did, HBK did, the only other is Stone Cold, and that one gets less and less likely every passing year. So for a return to happen in Punk’s hometown, it would’ve been historic no matter what.

As pretty much everyone in the arena at AEW Rampage episode 2 -20th of August, 2021- was there for the “surprise” return of Punk, AEW did the smart thing by having it happen right at the start of the show. CM Punk came out to a chorus of chants and one of the loudest reactions since Edge at Royal Rumble 2020.

When he got on the mic, Punk told us he was making it up as he went along. To their credit, it seems that AEW just allowed Punk all the time he wanted to say whatever he wanted. It helped make it feel more special too like everything was put on hold for this moment.

Punk talked about Ring of Honor and WWE. About what was to come in AEW. He clarified his schedule, letting us know he’d be here full-time. Finally, he let us know who his first match would be against -and it’s a big one.

What Happens Next With CM Punk?

CM Punk’s first match in AEW will be against Darby Allin at All Out. You couldn’t book it better if you tried. They are remarkably similar in certain ways, that being: smaller guys considered to be outcasts. Both organically became the most over stars on their respective promotions too. The story writes itself.

It feels quite predictable that Punk will win. It’s in Chicago. No matter how popular Darby is, if he wins in Chicago on CM Punk’s return match, he’ll be booed. Punk specified that he wants to work with all of AEW’s young talent. The problem is, you don’t want all your up-and-comers losing to a veteran, ex-WWE guy. So, you’d think that someone would take away the debut win streak nice and early. There’s only one guy for the job. MJF.

MJF causing CM Punk to lose early into his AEW run would do wonders for him. It would also get that first loss out of the way so that it doesn’t feel necessary to put Punk over everyone. Until that first loss, every Punk match will feel predictable. So, I want MJF to beat CM Punk. I wonder if I’m the only person to ever say that sentence. Other than MJF of course.

For more on CM Punk in AEW, check out the latest episode of Talk AEW, embedded below.