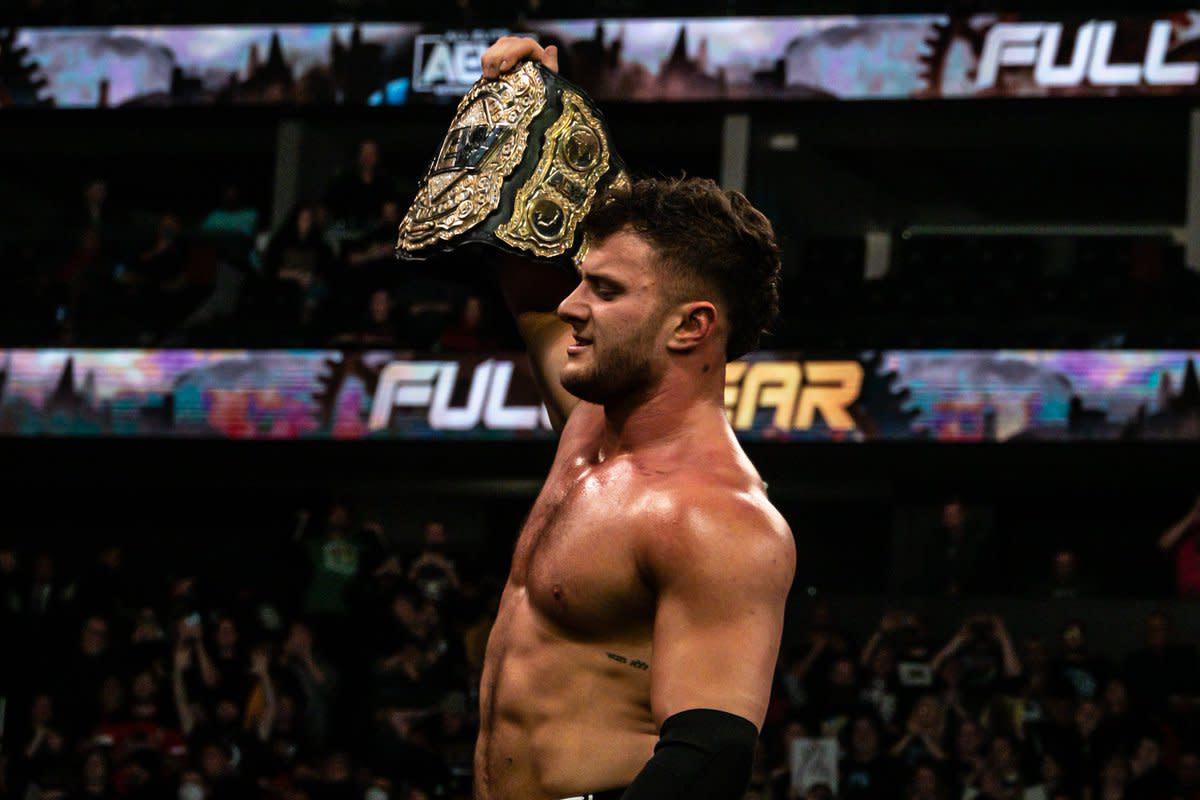 The Best of AEW Full Gear

Say what you will about injury bugs and unseen toxicities taking a piece out of AEW television, but the promotion’s pay-per-views have been on fire since Double or Nothing 2021. They’re season premiers and season finales all exploding at once, and behold the confetti. One MOTY candidate on a show alone is terrific, but for my money, Full Gear 2022 had triple that. Let’s take a look at 5 of the best moments from AEW’s final PPV of the year.

This is the story that will reshape AEW for the next few years, and a moment that will forever be etched in company history. MJF, finally, wins the World Championship. Many fans had already had an inkling that, somehow, someway, MJF was going to do it at Full Gear. And the final puzzle piece, as many had also speculated, was William Regal.

All of this is astronomical. But something about it didn’t click. MJF promised the fight of this life, but I don’t think it translated well here. Firstly, Jon Moxley entertained himself off the jeers of the pro-MJF crowd maybe a bit too much. Then, MJF hadn’t had a big enough advantage to warrant Regal suddenly granting him the brass knuckles.

Was it the crowd counting 3 off the sleeper hold reversal into the pin? It admittedly makes sense in hindsight, but if we’re talking visual wins, Moxley had already “won” before MJF did. But what do I know, maybe devil logic isn’t supposed to click. My concern is how Excalibur and Regal are going to talk from now on. It can’t end like this.

Any grudge match with three wrestlers involved but only two of them fighting is always going to feel a little strange. But considering who Jungle Boy and Luchasaurus are to each other, that vaguely strange feeling is a droplet compared to the emotional surrounding this cage.

The pair had a terrific Dynamite opener in Canada in October, and AEW always goes big on their cage matches. Put the pieces together, with an exceptionally hot crowd, and you’ve got lightning in a bottle.

I know I’ve said many times the Forbidden Door 2021 opening match was the best opener in AEW history. I might need to have a big think about that.

With as much stress and disjointedness, Team D.M.D. has been under since All Out, I didn’t think it was going to happen. But oh my God, it did. If that final burst of energy as Jamie Hayter won the match indicates anything, it’s that this is Hayter’s division.

And she could not have won it off of a more fitting opponent. Toni Storm has been one of AEW’s best champions (of any belt) within just 7 months in AEW. Together and individually, the two have been involved in the best matches in the latter half of 2022. The cliche is ‘good friends, better enemies,’ but at this point, I can’t tell.

We’ll worry about that interim stuff later. Jamie Hayter is the champion. Treat yourself.

Don’t you just love matches that you instantly know are your favorite?

First of all, The Elite returning with a brand new song and entrance is wonderful. So much about this “new” Elite works so well. And if we learned anything from Jungle Boy and FTR, it’s that entrances matter more than people think.

And a lot of it was the World Trios Champions, Death Triangle. The energy and chemistry of these two teams is really something else. It’s like these two teams were made to fight each other. Which Tony Khan is aware of, as a Best-of-7 Championship Series would immediately be scheduled to close out the year.

Hold onto your MOTY lists. We’re respecting the heck out of December this year.

Pro wrestling is real life, and both can be really beautiful.

Eddie Kingston v Jun Akiyama was a man living out his dream of facing his hero that inspired him as a child. Before and after the match, Kingston conveyed what this meant to him without saying a lot of words. And it didn’t seem like he even wanted to, either.

This wasn’t just some lore or some match to dissect. This was joy and it was for Eddie, and I like Eddie.

Hayter’s Gonna Hate: Why AEW’s Women’s Division Is in a Healthy Spot Now