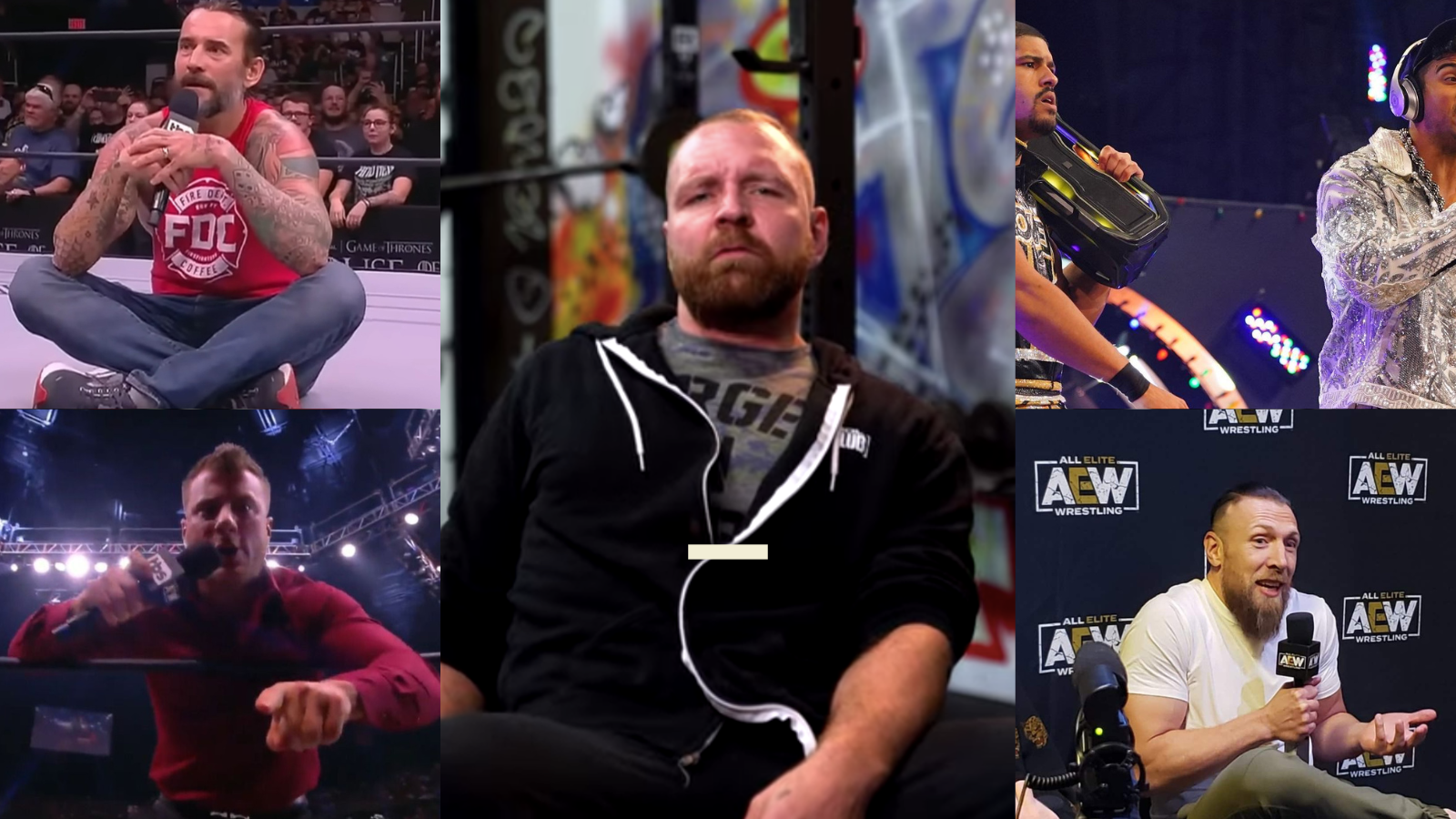 ‘Work or Shoot? Real or Fake?’

Here’s something to simply consider: the idea that everything in pro wrestling is or must be a storyline is unhealthy for pro wrestling. By unhealthy, I mean, exhausting and not good for enjoyment at best, and even irresponsible at worst.

This isn’t meant as an attack, much less one targeted at one type of pro wrestling fan. This is dedicated as much to my friends who (without skipping a beat) respond to hearing about siblings in pro wrestling with, “Like, in real life?”, as much as it is for widely-recognized content creators who have given their sweat and tears to this great sport. (The “everything in pro wrestling is a storyline” mindset will henceforth be referred to as “it.”)

(1) It can dehumanize pro wrestling workers.

The first thing it potentially steps on is people or the workers involved in the pro wrestling stories that go under the perpetual microscope.

There is this popular idea that one boss controls every word, every move out of their contracted pro wrestlers, who are merely “fictional characters.” This idea may be true to some extent (which even then would still be a horrible practice to let slide), but even in the most toxic environments, that idea isn’t the truth. So much of why fans connect with pro wrestlers is the pro wrestlers themselves — their skills, their personalities, their creative decisions, et cetera.

People have agency. Our first instinct shouldn’t be to strip them of that anyway.

(2) It can undermine pro wrestling.

It reinforces this notion that there is little to no transparency in pro wrestling. Of course, given the tight-lipped, carny roots of the sport (which began as a way to maximize excitement in the fights), there will always be pleasure in taking peeks behind the curtain.

But beyond transparency, it also makes the sport out to be a baobab on weak roots, an entity without principles and nothing to stand on, because nothing in the sport seems to have any real consequences — everything is just story — and this couldn’t be further from the truth.

Pro wrestling is the fighting style that married best with pageantry and theatre, contributing to the sport’s longstanding popularity on television, and later influencing fight promotion as a whole. And in a world where people’s professionalism holds things together, we have to stop discrediting things that are cleared or planned ahead of time as “illegitimate” things, or things that don’t hold weight.

(3) It validates too many distractions.

To think everything is meant to happen, or that everything that happens is okay because they can be used as inspiration later on, can be a rather dismissive mindset.

It is problematic because it discourages any kind of boundaries between what matters (the wrestling product) and what doesn’t (gossip, unfounded “drama,” etc). Yes, ‘controversy sells,’ and ‘no such thing as bad publicity,’ et cetera, et cetera. But it’s okay to acknowledge that bad publicity starts out bad; there are bad eggs in the community.

What makes more sense than ‘controversy sells’ is that anything that distracts from the product hurts the product, and that includes the workers. Good pro wrestling sells.

“You show excellent professional wrestling to anybody and they’ll enjoy it,

The poem is not its motifs, nor its metaphors; the poem is the whole thing. Dissecting these works can be good for studying, but when trying to get ahead of the work takes the place of appreciation, the poem itself breaks down.

Pro wrestling, as is good poetry, is better when you ask why things work and how they make you feel (guided by traditions, context, etc). And if they don’t work for you, they can inform your preferences, which don’t exist to discredit anyone else’s.

For over a year, AEW fans thought that everything Cody Rhodes was doing in 2021 (including dressing up like Homelander) was an elaborate ploy to get fans to boo him by 2022. Then, he leaves AEW. In real life.

Fight promotion is a narrative. Narrative is a direction, not a crutch. CM Punk is pandering for a reason. He’s running his mouth a lot, but just you wait. Then, he gets suspended for running his mouth, and kept off TV despite having just won the World title. In real life.

Enough with the mental gymnastics. Pro wrestling is real life. That’s the story.

The 10 Best Hell in a Cell Matches